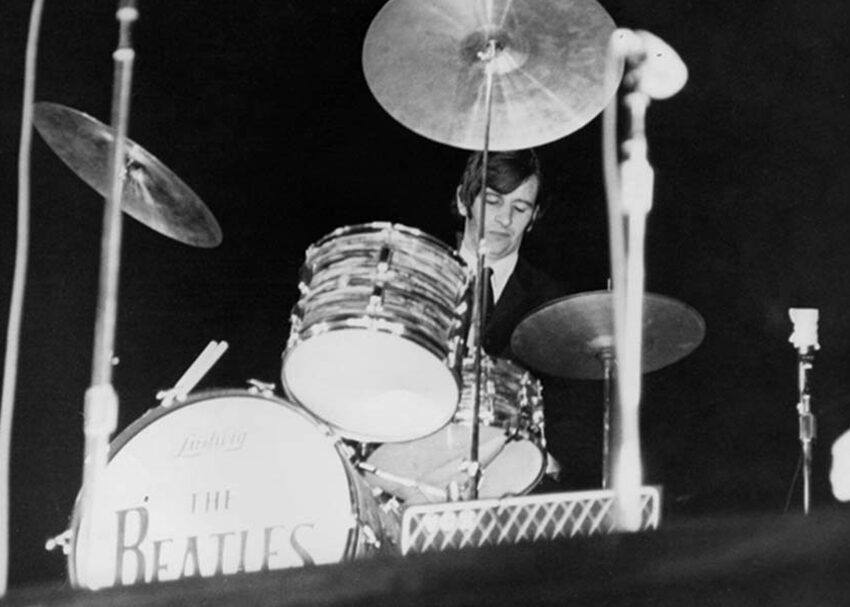 The 1950s and ’60s were legendary for music, and the beating heart of all the early rock ‘n’ roll, folk and pop songs from that era was the drums. Drum kits and hardware had evolved heavily before the 1950s with changes coming every few years to how artists played their sets.

It’s undeniable that the late 1950s are synonymous with Rock ‘n’ Roll. Elvis Presley, Chuck Berry and Buddy Holly all round out an amazing lineup of rock ‘n’ roll artists that defined the America’s first full decade after World War II.

But it was the early ’50s — most notably 1954 — that put rock ‘n’ roll on the map. The song “Rock Around the Clock,” dropped in 1954 by the legendary Bill Haley and His Comets, pulled influences from country, jazz, rhythm and blues, and even swing to create one of the first popular rock ‘n’ roll singles. Billy Gussak was a swing drummer that added his flavor to “Rock Around the Clock” in the stead of Comets’ normal drummer Dick Boccelli.

Related: The Evolution of

Gussak played a traditional swing groove and fills, adding accents on the first beat. This way of playing was then taken, molded and modified into the “four on the floor” style 4/4 drumming that’s played in today’s pop and rock music. Parallel to the rise in popularity of rock ‘n’ roll around 1954, artists like Bo Diddley, Chuck Berry and Little Richard were moving from rhythm and blues to writing a harder hitting, more powerful sounding style of music built for the 1950s American teenager.

The early ’50s still saw swing and jazz drum setups back-lining rock ‘n’ roll acts. Many great drummers from the ’50s were influenced by the likes of Gene Krupa from the mid-’30s on and that led to how their kits looked. Though it should be noted that shell sizes were much more standardized to what they are now, where a kit with a 12″ rack tom and 16″ floor tom wouldn’t have been out of the ordinary on stage for the time.

Television and the British Invasion

The 1960s may be the most important decade for drum set modernization. The Baby Boom generation was coming into their own as young adults and a television was in every living room. This massive influx of impressionable young adults as well as the ultimate marketing tool of the time (television) paired up for a cultural shock from across the pond.

In 1964 the British invasion started in the United States, as tons of bands who were raised on American rock ‘n’ roll and blues from an early age in England molded those influences into a sound all their own. These bands all but solidified how a generation viewed music and the instruments used to play it today.

Bands like The Rolling Stones, The Yardbirds and of course, The Beatles were everywhere, from posters on record store walls to the stage on the Ed Sullivan show. Kits from that decade, along with the playing styles of drummers, look very similar to how they look on stages today because so many people were indoctrinated to this style at an early age by the likes of Ringo Starr, Jim McCarty and Charlie Watts.

Along with these sizes that look an awful lot like what we’ve got set up in the garage right now, Ringo played in match grip. This was an unusual choice for the time, as traditional grip was still the norm.

Although you could pull kit configurations and playing styles from countless other British invasion bands, the truth is that even from an aesthetic standpoint, The Beatles were simply the most influential when it came to their front-facing “look.”

Even though modern drum kits come in a range of sizes, materials and looks, many of the kits of today were born in the 1950s and ’60s. The real reason drum kits evolved the way they did from the early 1900s to the 1950s is the style of the players and the needs of the music that was popular at the time. With Baby Boomers having a huge hand in popularizing rock ‘n’ roll into a mainstream music style, the sheer size of their generation solidified the great players like Ringo Starr, Buddy Rich and Max Roach into the lexicon of what a “drummer” really is, does and looks like, and you can’t have a drummer without drums.