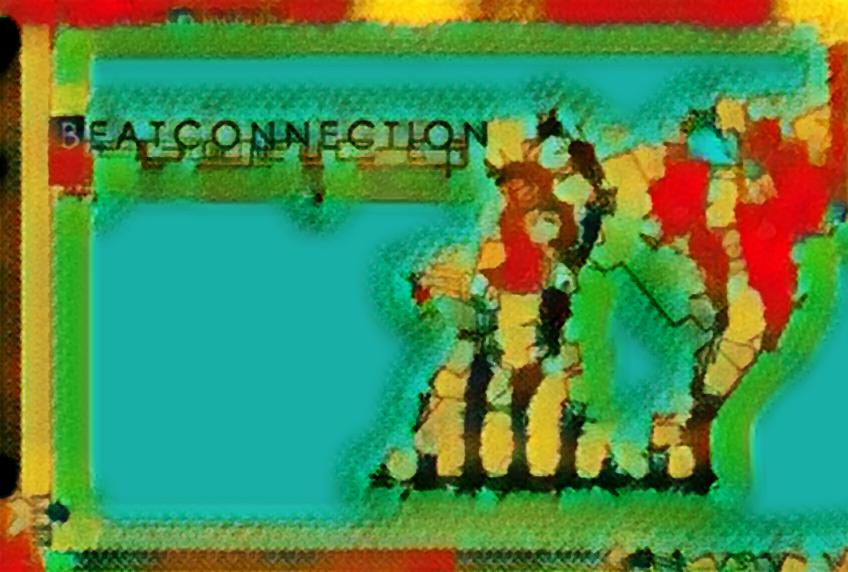 Where were we before? First, I covered what “generative music” is, and its origins. Then, I wrote of taking generative music out of the sphere of pen-and-staff-paper and into the world of software — and pointed you toward the desktop-computer-based software that can help you add computer-generated compositions into your creative space.

Today, we go to the frontlines of modern computer technology — traveling into the world of tablet computers, where tactile and visual feedback allow you to create generative music with tools that are a bit more intuitive to grasp.

Don’t be frightened to display your talents.

Bram Bos is a name familiar to many contemporary electronic musicians. Way back in the wired Ethernet days — 1999, specifically — it was Bram Bos’ Hammerhead software that allowed one to actually play on one’s screen a virtual facsimile of an 808-style drum machine — effectively creating one of the first virtual instrument plug-ins. Fast-forward 20 years later (a looong time in computing technology), and Bram Bos is back with Rozeta, a suite of iOS MIDI sequencers that can both generate MIDI notes and affect/mutate existing MIDI sequences.

Made for iOS audio hosts like AUM, Audiobus, and the like, and intended to complement Mr. Bos’ new-school instruments like Ripplemaker, Ruismaker, and more, Rozeta includes four plug-ins — Bassline, Rhythm, Particles, and Collider — that introduce generative music to iOS instruments.

Bassline might be the most straightforward of the four to explain. If ever you’ve heard any acid music (which we’ve covered before), you’ve heard the way the Roland TB-303’s built-in 16-step sequencer allowed one to enter single notes that could be made to glide from one note to the other, generating those slippery bass lines we all know and love.

As a plug-in, Bassline uses its interface to generate up to 64-step sequences (give or take a few steps) that can be randomized to exist within a certain scale, pitch, or range. Existing controls within Bassline allow you to morph those generated sequences and transpose them at will. In the example here, you can see how I generated a few sequences on the fly, and applied randomization to morph them into something else altogether.

Rozeta’s Rhythm plug-in is (perhaps) something you’ve never encountered before: a Euclidean-based pattern generator. Simply put, Rhythm is able to generate unique polyrhythms that can be fed to a MIDI-enabled drum machine or even to other MIDI instruments.

What differentiates Rhythm from a generic “randomize” button is that you can introduce all sorts of different probabilities to rhythmic qualities like “accents,” and you can “mutate” the timing of when notes get struck or the velocity of certain hits. Best of all, Rhythm allows you to generate whole drum patterns on the fly and piece-by-piece. For example, if you like the kick, snare, and tom hits, but not the rest, you can generate new rhythmic patterns for those other drum bits until you get something you like.

Unlocking from “Loop Sync” frees Rhythm from synchronized timing, allowing for true polyrhythmic timing to kick in. The more randomization you add, the looser/more human it might sound — as heard in my example here.

For those who really want something off the beaten path, Rozeta’s Collider introduces Collision theory to musical composition. Collider‘s interface depicts a grid-based system where hadron particles (symbolizing MIDI note signals) travel, hit a boundary, and travel back. Collider uses the contact among hadrons to generate musical sequences.

Depending on the interplay of the scale you choose, the number of hadrons you like, the size of the grid, the length of the note, and the spacing between hadrons, you’ll hear the musical composition grow. It’s a gorgeous way to use musical time and space to create interesting patterns one might so intuitively call upon. And since most notes, just like real-life acoustic instruments, won’t always physically respond the same way, so do such interactions in Collider yield a “feel” that is more human-sounding than mere randomization.

Rozeta’s Particles takes Collider’s Collision theory and presents it in a simpler, albeit more impactful way. Presenting two walls between which a cloud of notes travel, Particles focuses on that final touch on that wall to generate sequences.

The beauty of Particles is that you get to control the size/density of the note cloud, its atomic traveling speed, the velocity it hits the wall (and in turn strikes a note), the spread of pitches available, and what scales your notes should try to adhere to. Musically, it creates dense to airy compositions at the drop of a dime.

The last tool from Rozeta we should talk about is Cells. Perhaps my favorite of them all, Cells is a polyphonic step recorder that allows you to record chords or notes, one per cell, then play back the cells in myriad ways.

Imagine striking a common I-V-VII chord progression 16 times, building sixteen cells, then having Cells play them linearly forwards and backwards, or skip through them randomly, inventing new progressions on the fly. Macro controls like gate percentage, note division, and the like allow you to transform a progression even further, making harmonic music never quite sound the same.

Cells is a great tool to generate arpeggios you can feed elsewhere (perhaps to Rozeta’s other tools) and keep the music flowing and growing endlessly.

Moving away from Rozeta’s brilliant tools, let’s revisit Riffer, a generative music tool I wrote about before. Riffer, as its name infers, is a plug-in that generates riffs. Using macro ideas like chord progressions, sustain, ties, shuffle, and pitch/volume, each “roll” of a die-like icon generates a riff of a set step length.

What makes Riffer stand out is that you can have it cycle through riffs in a certain key, in a certain scale, endlessly. If you find something you like, you can always pause the app and tweak the progression as you want. If you’re stuck in a creative jam, Riffer can free you, whether you’re on a desktop computer or iOS device.

Cality by Abigail Macfarlane is one of those apps that you feel lucky to stumble upon. Not much to look at, and impossible to decipher just based on name alone, Cality holds a special place as a MIDI manipulator. What does that mean?

In this lies its beauty: Using existing MIDI note information, Cality tries to add or subtract logically to it. This doesn’t sound like much at first. However, the way it does so, by using a granular dissection of what MIDI is, is stupendous. It’s able to understand which notes you’re playing and increase the probability that it can add/subtract notes to make it fit a different scale or pitch altogether.

With Cality, if you start with a simple two-note phrase, you can let the software come up with wild 32-note phrases that skirt all sorts of original tempo tics, then have it revert to its original beginning. Manipulating velocity, swing, and length of notes, it creates substance out of near nothing, in ways most other generative music apps can’t even fathom.

In the above example (30 seconds in), I used Fugue Machine to feed Cality cyclical melodies that turn and twist into themselves, as Cality does what it has to do, to fit its own musical logic.

Now we’re heading to the line where we blur whether a piece of software is a mere generative music tool or an instrument, as well. Gestrument Pro, by composer Jesper Nordin and iOS developer Jonatan Liljedahl (creator of the brilliant AUM used to host all these plug-ins), tries to combine a multi-touch-based instrument with a grid-based sequencer that implements probability and generative tools perfect for those who love improvisation.

Gestrument Pro works by using cursors to control parameters of a given instrument. Things like pitch, quantization, and definable parameters stretch out along an X-Y grid. Sliders and buttons can record parameter movements you make once you start moving cursors around that grid. Under the hood, you can adjust probability, letting certain notes play more often than others.

What makes Gestrument Pro notable is the freedom you’re given to express an instrument, freeing you from relying on a linear-based sequence. If you prefer to use your own instruments, MIDI control exists for external gear. In the above example, I create some quiet modal jazz out of a few instruments, given the ability to go “off” the grid.

We haven’t touched yet on the Google Magenta-like possibilities in iOS apps. Magenta, as you may remember from the prior post, uses AI to generate music from the barest bones of inputs, attempting to expand on the user’s original thought.

I’ve discovered this ability to expand music intelligently on an iOS app called Refraktions. Developed by Jason Snell, Refraktions is an up-to-8-track sequencer with a built-in sound module that uses the touch-based interface to read whatever notes you create by sliding your fingers over its linear grids. Once it detects touches in certain rows that correspond with certain sounds, then it tries to create “musical” loops that would go well well together. A large jog wheel allows you to speed up or slow down its ideas.

The AI in Refraktions is truly generative in the Wotja sense, without the menu-dives Wotja sometimes forces you to do. Presenting the most important things right in front you — musicality, tap tempo, and erase — it lets the program fill out the rest. Now, send it outside of the iOS world, and you can have it create music with your synths, easily, endlessly. The more you use it, the more the AI stores your inputs and likes/dislikes, and uses them to create more compositions that require less of your input.

We’re rounding out this deep dive into iOS generative music by reintroducing ourselves to one tool that used to exist solely in the PC world: Wotja. On iOS, Wotja gains more visual control and playback.

Wotja is the generative music app that others have been measured against. Here, you’re able to create a whole “album” at the touch of a button and the selection of a setting. Automatically generated albums give you different, unheard-of songs that can go on generating themselves endlessly, with no rhyme or reason to the instruments within, or the visuals that play back alongside them.

For those that prefer a bit more granular control, on iOS, Wotja makes it easy to scroll through sliders affecting all sort of musical parameters in a granular way unlike much else. Using AUM, Garageband, or other iOS DAWs, you can have Wotja send multi-channel audio or MIDI output that can affect instruments outside its purview.

If ever you wanted to have music that can outlive you, Wotja has the ability to create infinite ideas for a song that can go on indefinitely. In the end, what all these generative apps give you is ability to save a snapshot in time and present it to another user, who can let their own device carry the idea even further. In the above example, you can see a very short part of that music cycle.

Images and video examples by author (with generative assist on featured image by Deep Dream Generator), music by iPad (with human assist by author).

The Evolution of Drum Sets: The Early YearsFender Pedals: Behind The Design