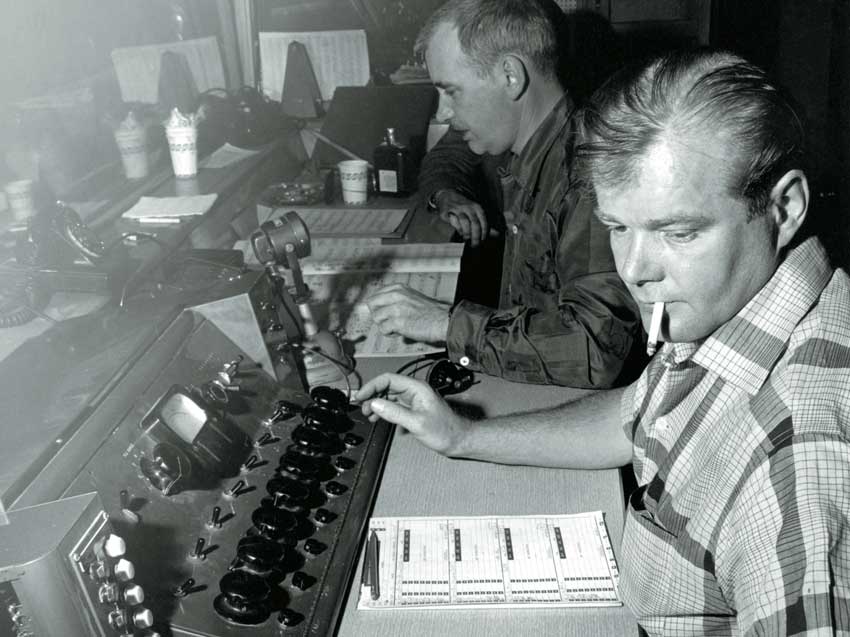 Obviously a lot has changed since the days when this photo was taken — heck, I can download a multitrack recording app for free onto my phone and use the phone’s on-board mic to record, layer, and mix sounds for a production that wouldn’t be the best, but would be easily more intelligible and of a higher fidelity than anything you could do by cutting an actual record via the old-school method. But where did these innovations come from? Indeed, there are a great many people who have contributed to the advancement of recording technology, from Les Paul (yes, that Les Paul) and his part in the genesis of multitrack recording, to all the people who contributed to the digital recording revolution that has vastly changed how sounds are captured in the 21st century.

In this first edition of Tracking History, we’ll take a look into the world of Bill Putnam, Sr. and see how he changed the art of recording forever via the impact his independent recording studios had on the industry, through his innovations in recording technology, and how his legacy continues to impact the modern era of sound recording.

Although Putnam’s love for music and electronics began during his childhood in central Illinois, his major contributions to the music industry began after his move to Chicago in the mid-1940s and his founding of Universal Recording. Unassociated with a particular record label, this independent studio was free to record acts across many different labels. It was here that Putnam honed his engineering skills, quickly establishing himself, and the studio, as major players in the recording industry. Universal Recording became a destination studio for musicians across the country, as big names such as Count Basie, Duke Ellington, Muddy Waters, Chuck Berry and Quincy Jones enjoyed the superior sound of recordings made in the facility.

The first song with artificial reverb was recorded at Universal, with The Harmonicats’ “Peg o’My Heart.” Even legendary producer Bruce Swedien (who eventually ended up engineering some album called Thriller that came out in the ’80s) got his start at Universal Recording. Despite the reputation Putnam made for himself and the studio in Chicago, many of his clients urged him to move out west to California. I would assume this was because the weather is much nicer out there, but more likely due to the fact that LA is the entertainment capital of the world and could use a guy like Bill Putnam. 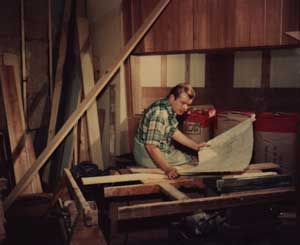 With some help from Frank Sinatra and Bing Crosby, Putnam sold Universal Recording and in 1957 built his new studio, United Recording in Hollywood. Quickly filling up the studio’s schedule with voiceovers, television work, and musical recordings, Putnam went on to purchase the studio next door, Western Recorders, establishing his new studio complex, the aptly named United Western. It would become known as THE studio for top artists to record their hits. With rooms designed by Putnam himself, artists such as Sinatra, Ray Charles, The Beach Boys and The Mamas & The Papas flocked to United Western. Putnam continued to operate United Western until he sold the complex in 1984. The newly minted Ocean Way studios continued the tradition of producing top-level recordings. Despite name changes and sales of portions of the complex to new owners over time, the studios remain.

A consummate businessman, Putnam was more than just a studio owner and engineer. Starting way back during his time in Chicago, he created the manufacturing arm of his recording business, Universal Audio, tasked with the job of researching, designing, and manufacturing professional audio equipment for the studio. During the 1950s, Putnam designed the 610 modular amplifier, essentially the first step toward creating the modern day mixing board. Each preamp could be individually removed from the console on which it was mounted in case of a malfunction, leaving the other channels unaffected so the recording session could go on. Included on these preamps were also a Putnam innovation: multiband equalization. Although the original 610s only had high and low shelving, this could dramatically alter the sound of the recorded source, allowing for different instruments and voices to sit much better in the final mix. 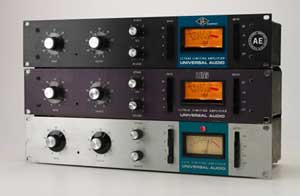 After his move to California, Putnam created Studio Electronics, which was eventually renamed to United Recording Electronics Industries, or UREI. Eventually acquiring the rights to Teletronix, UREI began distributing the venerable LA-2A compressor in 1967. Later, the solid-state LA-3A would also become popular, pushing the tube-driven LA-2A to discontinuation in 1969. It was during this time of experimenting with the relatively new solid state technology that Bill Putnam designed the 1176 Peak Limiter in 1968, arguably one of the most popular compressors of all time.

Although Putnam died in 1989, his rich legacy continues to impact the modern recording industry. His thoughtfully designed live and control rooms in the old Hollywood studios remain open, albeit under new ownership. While lounges, kitchens, and other common areas have been updated to accommodate contemporary artists’ needs, the studio spaces themselves remain untouched, preserving Putnam’s design and the iconic sound the rooms produce. Such artists to use the studios in recent years include Eric Clapton, Green Day, and Dr. Dre — confirming that the nearly six-decade old studios still have what it takes to produce hits well into the 21st century. 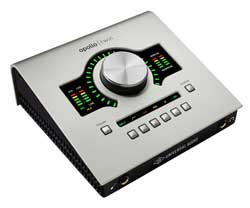 The technological innovations curated by Putnam can never be overstated. The 1176 compressor is a ubiquitous piece of gear that is a staple in any recording studio worth its salt. Although it would be near impossible to quantify, it’s pretty easy to assume that a great number of the recordings you’ve heard throughout your lifetime have most likely involved at least some piece of gear that Putnam had a hand in either creating or popularizing.

Today, Putnam’s legacy continues with the re-establishment of Universal Audio in 1999 by his sons Jim and Bill, Jr. Along with reissuing the great outboard gear of yesteryear, such as the 1176 and LA-2A, the new Universal Audio has also become a major player in the realm of digital audio with professional-quality plugins and interfaces. With stakes in both the past and future of recording technology, Universal Audio should have no problem carrying on Bill Putnam’s esteemed tradition of recording excellence.