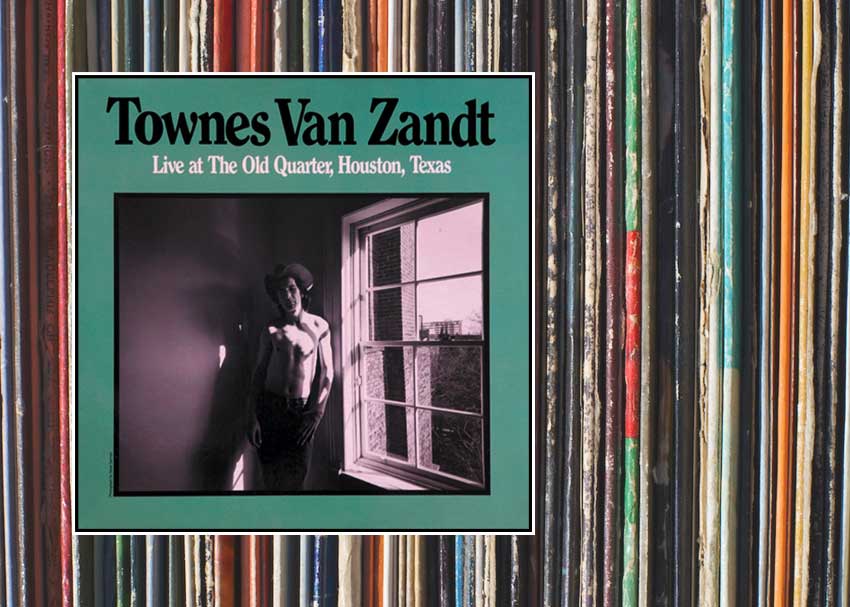 Spanning six solo performances in July of 1973 at an old Texas saloon, Live at the Old Quarter, Houston, Texas is often regarded as the quintessential Townes Van Zandt album. As a artist with a long, diverse discography, this album captures every aspect of his style. While Van Zandt’s studio work is not without its merit, he is in his element when playing live, and shines through the studio polish that sometimes obscured some of his other albums. Despite the sweltering Texas heat, (the AC at the club broke) he emanates a calm and cool attitude, effortless delivering a double disc worth of material. Even in an overfilled bar-room, the album feels like an old friend set up in your living room and the whole performance is intercut with his slow, laconic banter and the type of sly, corny jokes you hear from some old barfly as leans over on his stool.

Van Zandt touches on some of his classic songs, such as “Pancho and Lefty” a song later made famous by outlaw country legends Willie Nelson and Merle haggard, and “Lungs,” which because of its somber, lamenting tone, worked its way into the soundtrack of the gritty southern crime drama “True Detective,” but even the cover tunes he makes his own. His version of Merle Travis’ “Nine Pound Hammer” maintains the same blue-collar-working-man-blues vibe, but with a melancholy undertone hanging beneath it. Later in the album, Van Zandt bursts into a spirited performance of “Who Do You Love” by Chicago blues great Bo Diddley, and the words bellow out of him, as he makes quick, percussive runs down his guitar and the audience claps along.

Even after his death, Townes Van Zandt is an artist that dwells in obscurity, mostly renowned as a musician’s musician. Hunt down almost any folk, country or even blues artists’ list of influences, and his name, and this album, will surely appear.