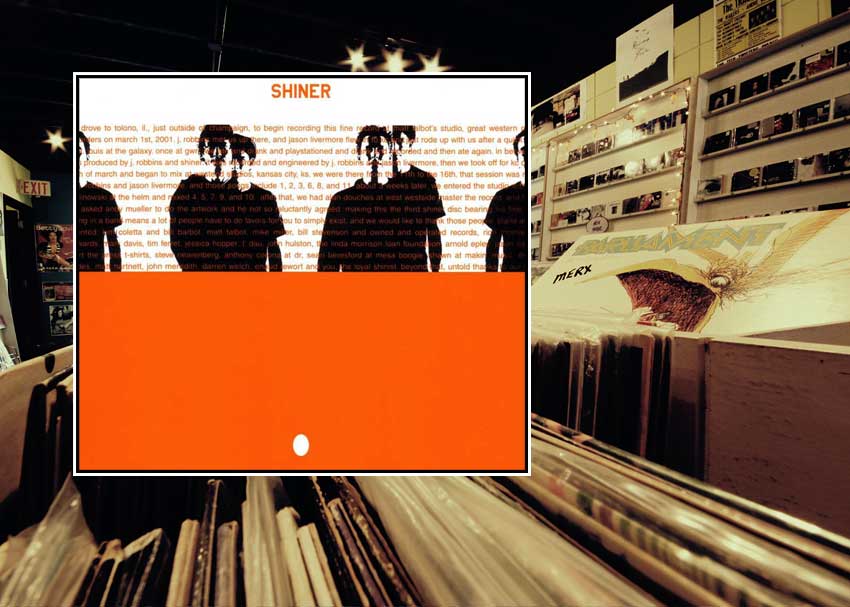 In this music review, we’ll take a trip back in time to the fall of 2001 and the release of post-hardcore band Shiner’s fourth and final album, The Egg. Equal parts aggressive, technical, and polished, this swan song is arguably the band’s finest work. Produced by J. Robbins, this record really feels like an extension of Robbins’ own bands Jawbox and Burning Airlines (and please check these bands out if you’ve never heard of them and are feeling The Egg). Adding even more indie cred, this record was recorded in Central Illinois at Great Western Recorders (currently known as Earth Analog), a studio owned and operated by Matt Talbot of the band Hum.

Hailing from Kansas City, Missouri, Shiner is reasonably representative of the late ’90s Midwest indie scene, and The Egg is no exception. Ripe with mathy guitar parts, muscular bass tones, and bombastic drums, the album explodes at you from the get-go, holding your attention through to the last second of the final track. The smooth, epic groove of opener “The Truth About Cows” almost hides the grinding, angular guitar work of Allen Epley and Josh Newton. The chops of drummer Jason Gerken are showcased throughout the album, but some particularly tasty parts occur during the chorus of title track, “The Egg,” accenting the off-beats for a few bars before seamlessly transitioning into a groovy backbeat.

Peppered throughout the album are a few slow burners, such as “The Top of the World” and “Spook the Herd,” the latter of which lulls you with dream-like guitars and vocals before blowing up into a powerful outro. Effortlessly moving from song to song, this album is truly meant to be listened from beginning to end as a whole work, telling a detailed story with impressive dynamics and composition. A well-balanced final album, The Egg is brilliantly produced and has certainly kept Shiner fans wanting more.