Mix Tips: Using Slower Attack Times for Compression. Are you squashing your transients?. 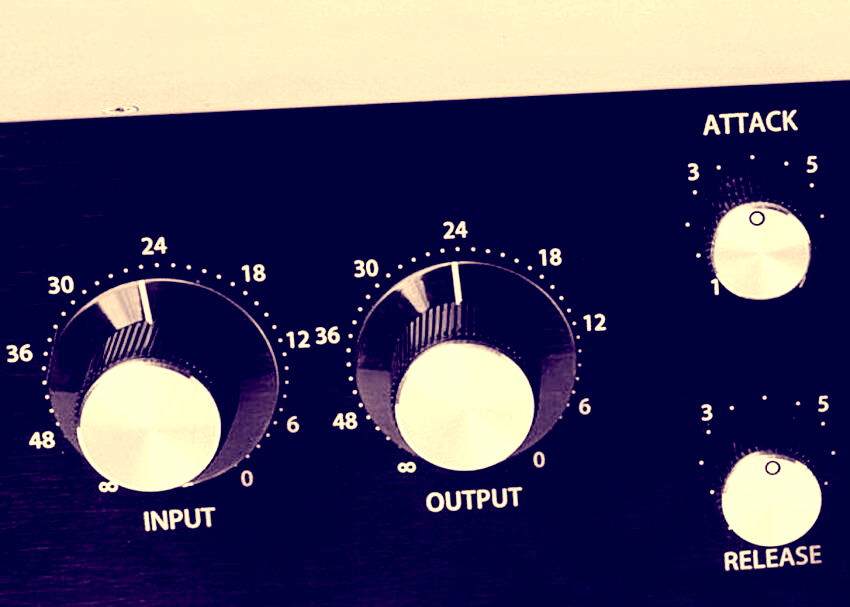 Do you like to mix songs to sound huge, loud, and attention-grabbing, even if you have to distort and compress the hell out of them? Well I do. Dynamic range purists and audiophiles, feel free to stop reading here. You’re already using your compressors gently and sparingly, like a French chef uses seasoning. Well done. However, if you like it loud and nasty, keep reading.

I like to add large amounts of compression to certain mix elements, especially (but not exclusively) to drums and vocals. I enjoy the pumping, breathing sounds of “over-compressing” (a term as meaningless to me as “too much garlic”). But sometimes the clarity and “life” of the mix fades when you turn the compression up to extreme settings. Here’s a simple tip that can help with that: try loosening up your compressor’s attack time.

Easing Up on Attack Time

Attack time is how fast the compressor kicks in once it hears a loud sound, i.e. when the audio input gets louder than the compressor’s threshold. For example, if you have a close-miked snare drum that sounds very “spitty” you might want to use a fast attack time, say 10 ms or less. This will clamp down on that first transient sound at the moment the drum stick hits the snare drum head, which will have the effect of bringing the “ring” of the drum up in volume relative to the transient. This gives you a fuller, less click-y snare sound.

However: I believe that sometimes mix engineers have a tendency to set attack times too fast on certain sources. This can suck all the life out of them — especially when compressing the entire mix (the stereo bus). Easing up on your compressor attack (increasing the attack time) can let more transients through. It can also keep the compressor from squashing the life out of the audio signal.

This advice about attack time goes doubly for those distortion-heads out there — you know who you are. Distortion/saturation/overdrive is a beautiful thing, which should be used generously and often on every single mix you ever do. That’s my opinion anyway. If you’re the type of mix engineer who cranks the distortion up on an accordion track just to see what happens, this compressor attack tip is for you.

Whether you’re getting distortion with a saturation plugin (Soundtoys Decapitator, Softube Saturation Knob, Klanghelm IVGI, etc.), or via tape, tubes, analog (or analog-modeling) compression, distortion is already rounding off your transients, and thickening up the audio signal. You may want to relax your compressor attack time a bit. If you distort an audio source to hell, and then compress it within an inch of its life, you may not have any definition left to it — no “poky” bits of transients that create texture and give your ears something to grab on to.

Or, how to quit winging it and understand what everything actually does | Read »

Even if you’re the kind of mixer who takes it easy on the distortion, sometimes a slower attack time is better, especially on the stereo bus. Take it from Chris Lord-Alge, a master of hard-hitting, high-impact mixes. You want to let some of those transients through. A/D converter clipping (or a digital simulation of it) can be a better way to round transients off than compression.

Well that’s it. It’s a simple tip, and one that many mix engineers don’t need to hear — but some of us do. Try opening up your attack time on drum busses and the stereo bus, or even vocals, as high as 40-50 ms, and listen to the difference. Then back the attack time back down a bit if necessary. A slow compressor attack time isn’t always the way to go, but sometimes it’s the best way to get a loud mix that still has definition and clarity.

The Case for the Acoustic Guitar AmplifierLegends of Tone: Fuzz
Comments: 1