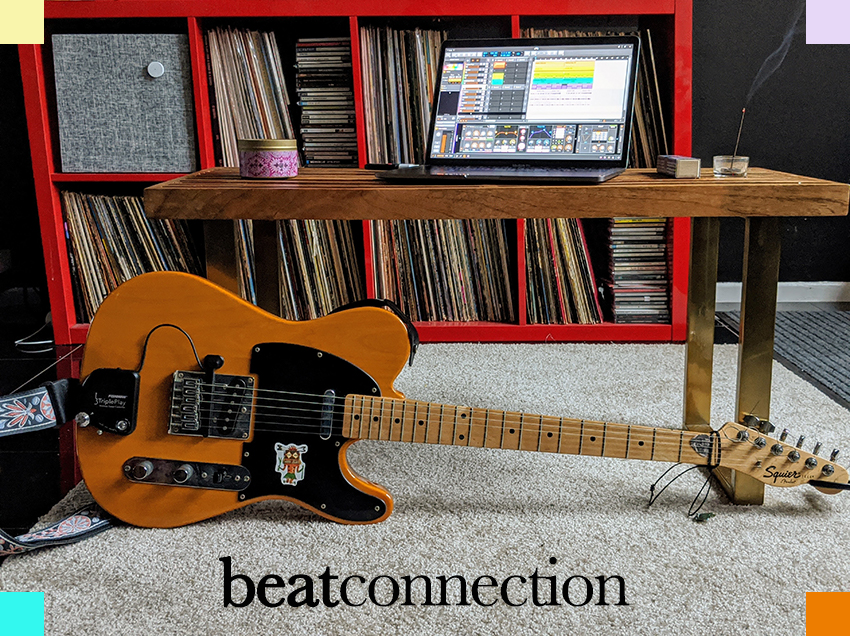 Do you know when I had the most fun using a MIDI guitar controller? When I forgot I had a guitar in my hand. It feels liberating to say this but: using the guitar merely as this vessel to do other far more interesting things with it was beyond revelatory. In this post, I’ll share this gospel and treat you to some of what you can do with a MIDI guitar controller. From MIDI to modulator effects, let’s leave what you can’t do to the past, and focus on what you can do today.

When Things Fall In Place

One of the first things any guitarist will do when they first get a MIDI guitar controller is explore sounds that feel or sound a bit “alien” to them. My advice: first explore creating music with tones, patches, or sounds that translate to the sonorities of the guitar first.

Things You Can Do That A Guitar Can’t

In the following sound demos — all created using a MIDI guitar controller — I focused on using instruments that were percussive, melodic, and lead-oriented as the chief compositional players for this arrangement.

Remember what I said about the mushy sound of classic guitar synths? This is a way to correct it.

As you can hear, the attack, dynamics, and performances of said instruments lend themselves to the pointillistic way MIDI guitar controllers function at their best. Think of a mallet player trying to translate his technique to another instrument. Where else do you think their muscle memory works? If you’re thinking drums, you’re there.

Guitarists aren’t that different — think of strung or percussive-sounding tones to use first with your controller. Your touch will feel “natural” here.

This is where my eyes and ears finally yielded to the vast amount of creative potential granted by a MIDI guitar controller. Unlocking the power of MIDI effects is as revelatory as the first time you discover the existence of audio effects. Let’s start with this example:

In the above example I begin by soloing out the bare bones drum track I’ll trigger by playing the C1 note on my MIDI guitar controller. Using Ableton Live’s Step Divider then I’m able to split up that one note to many and let the MIDI effect generate whatever drum pattern it wants to — as long as I keep a steady pulse.

When the other non-affected MIDI guitar-arranged instruments come in under that pulse, the music begins to feel decidedly more human and rolls out as being not as “straight.” It does so via that elegant bit of uncertainty you can generate by playing that simple pulse on your controller, with the MIDI effect doing its thing.

Moving further, embracing the beauty in that type of chaos, led me to discover how a MIDI effect such as Ableton Live’s Random can generate interesting results when used on more melodic instruments. In the example below, I zero out a very simple repeating melody.

Under normal cases, this bit is good enough. However, with a MIDI guitar controller we can simply add something like Random to its MIDI effects chain and let it construct myriad simpatico melodic ideas for you. It’s something you can hear below when the non-affected instruments kick in 10 seconds from the start.

Now something that simple — when introduced with other “straight” instruments — sounds far more organic and (at least to my ears) closer to the watery, sinewy, sound I was going for. If you stick another MIDI effect afterward, like a classic Arpeggiator, you can create something like the following arrangement:

All good ways to break out of the clinical sound we can get out of quantized music.

Over in Bitwig Studio one can go even further, creating generative systems that can facilitate you using your MIDI guitar controller as more than just a simple trigger. Using MIDI effects like Note Echo and Multi-Note, you can create tiny pseudo systems of randomized MIDI information that can turn something very simple like this one note “splash” trigger:

Into this swirling, phase-y, “organic” thing that has its own thought process, swirling in however and wherever it wants. Using this other set of MIDI effects to control set controls lets your background pieces have their own allure. It’s something you can hear clearly once we turn on the effect and the main arrangement kicks in 10 seconds in:

Modulators, these bits of non-MIDI generated effects, are things unique to Bitwig Studio’s production ecosystem. Above, they helped me create part of the sonic movement that randomized the pitches being used in a static note repetition.

Taking inspiration from hardware CV controls found in modular synthesis systems, in this realm, Bitwig Studio affords you “control” effects like ADSR, LFO, envelope followers, note counter and much more to control items that don’t have that kind of control built-in.

Imagine playing guitar and wishing you could have someone (perhaps a roadie) twist a knob for you at a certain rate or at a certain point. Better yet, imagine playing something and having access to a control that can mangle or rearrange your solo on the spot. That’s what modulators do! Below I’ll give you a glimpse of just what you can do with them:

First, I placed a MIDI effect called Note Source on the MIDI instrument’s rack. Note Source is a MIDI listening device that allows you to point to another channel’s MIDI notes as the note source for this instrument. In this case I had it follow a basic two-note melodic line from a different instrument and engaged this “follower’s” arpeggiator to the “on” position.

In essence, what I’ve done is create a neat auto-accompaniment feature. A whole ton of Italian Disco was created this way.

Now, with modulators, you can go even further. What if you feel limited by the basic settings on a built-in software arp? Well, now you can do something about it. Right-click your device or toggle on the modulators section, and start creating the kind of arp you wanted. That’s what I did next.

I wanted to add a modulator that can control the gate length, rate, and arp patterns. By loading a Step modulator, I was able send a level signal that would automatically move those controls for me as I held an arp note or simply let this device listen to that other channel.

Again, nice enough. However, like I said before I really love organic sounding instruments. How does one make something more organic? Introduce a bit of chaos. In the example below, I add yet another modulator, (everyone’s favorite) Random, to modulate the length of steps found within the Step modulator itself. To my ears, it creates a whipping kind of arp that feels a bit more “free” than the original arp given to us in the software plug-in.

Just like in a modular system, one control can modulate another and you can keep on creating wormholes of sonic control that go beyond the MIDI-based paradigm. And just like in new-school modular systems you can take virtual “CV” controls and apply them to both MIDI and non-MIDI control.

I’ll leave you with one more tidbit of exploration to discover. This tip is for those who were wondering when are we going to hear some guitar: Modulators can also applied to audio effects. Below, I’ll solo out a barebones guitar track that I’ll add a single delay send to.

Now, using an LFO modulator within the delay, I can use something else to control the feedback amount within this effect. I’ll let this modulator open the regeneration amount and close it at a certain frequency rate. In the “finished” example, with full arrangement, you can hear it create, yet again, another interesting human dynamic that you would be hard-pressed to do with a on/off delay, solely.

Although this post might be a bit long for others, somehow, I feel like I left you just scratching the surface of what you can do with MIDI guitar controller. I didn’t get to cover MIDI effects like Scale which constrain your MIDI playing within a scale — hello, never hit a bum note! I also didn’t hit other points, like having the ability to easily pump out notation for others to use.

Can you believe that you can also use pitch-correction software to easily record two tracks — one with MIDI, the other with audio — and then after the fact “clean up” the MIDI track to pitch-correct the other? What I now am entirely in tune with is how fun it is to use MIDI and Modulator effects. It’s that next level beyond audio effects to discover.

In the end, whether you’re a guitarist or not, I can’t urge you enough to set aside some of the time you spend practicing riffs, and setting up your pedal board to tune in to the wild, unique things MIDI guitar controllers can add to your musical world.

All images, sounds, and words by author.