The Women Who Pioneered Electronic Music 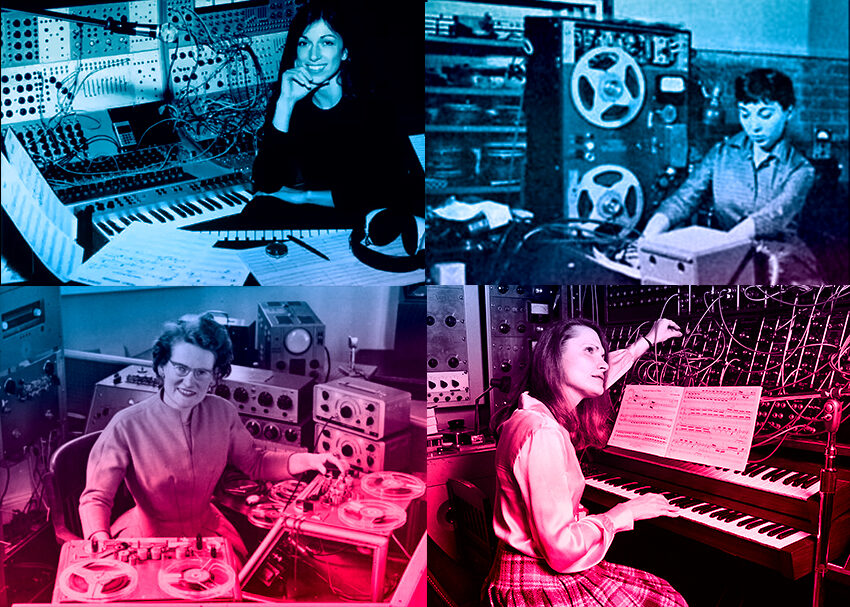 It’s no secret that synthesizers have been on the come up in recent years. Modular synthesis is booming like never before due to its compactness and affordability, and wishlists from virtually every retailer are filled top to bottom with synths of every variety. I find it important though to look back on how we got here.

Like many pivotal moments in history, it was women who brought us to where we are today. Here we will take a look at a few (among many) who changed music history.

Bebe Barron was one of the first synthesists heard nation-wide in America. Bebe is most popularly known for her score for Forbidden Planet, which she made alongside her husband, Louis. This happened to be the first exclusively electronic score for any movie and thus, secured electronic music’s association with sci-fi for the rest of cinematic history. Most of the score for this film was based on a DIY ring modulator circuit which the couple later ran through reverbs, tape delays, and tape splicing (and reversing).

Daphne Oram was another person with a wide reaching audience, although in many cases she was not credited. Daphne got her start at the BBC Radiophonic Workshop and was pivotal in bringing musique concrete to England. She invented the technique known as Oramics, in which you draw on strips of film to edit the sound made by them.

The film was clear and she would draw various shapes and feed them into a photocell receiver. This solidified Daphne as the first woman to design and construct a musical instrument (she also was the first woman to independently set up an electronic studio). While at the BBC, Daphne worked her way up from a junior studio engineer (not dissimilar to an intern at a present day recording studio) all the way up to the music studio manager.

This is when she instilled her wishes for expansions of electronic music focus at the BBC. Daphne went on to create many works, but most notably led the way for Delia Derbyshire who co-produced the original Doctor Who theme, and provided a number of electronic sounds for the original Dr. No and Goldfinger James Bond films (which she did not receive credit for).

Wendy Carlos comes from a very important time in electronic music history. She worked right alongside Bob Moog as he was developing his early modular systems. Without her input and her guidance (she had a physics and music degree from Brown), the Moog modular systems may have never stemmed into the icons we know them as today.

Her first real commercial success comes from the masterpiece Switched-On Bach. It’s an album of Bach covers performed on her Moog modular system, which cemented the modular’s ability to be musical and experimental simultaneously. Switched-On Bach earned Wendy three Grammys. Later, she was accoladed for her triumphs of soundtrack work in A Clockwork Orange, The Shining, and the original Tron film.

On the other side of the country a different kind of sonic revolution was happening. Suzanne Ciani, who had a liberal arts degree from Wellesley, studied music technology at MIT, and earned a master’s in composition from Berkeley, met Don Buchla. She became enthralled with Buchla’s synthesizers and methodology to the point of obsession.

Related:
An Interview with Suzanne Ciani

After earning her masters from Berkeley she began working in the San Francisco Tape Music Center (helping to build Buchla’s synthesizers) to buy her very own Buchla System 200. Ciani went on to be an early proponent of quadraphonic sound, and be prolific commercially from Atari commercials, to early Coca-Cola bubble sounds, a myriad of soundtrack and guest appearances on albums, to an appearance on The Late Show With David Letterman.