The Basics of Synth Sound Design 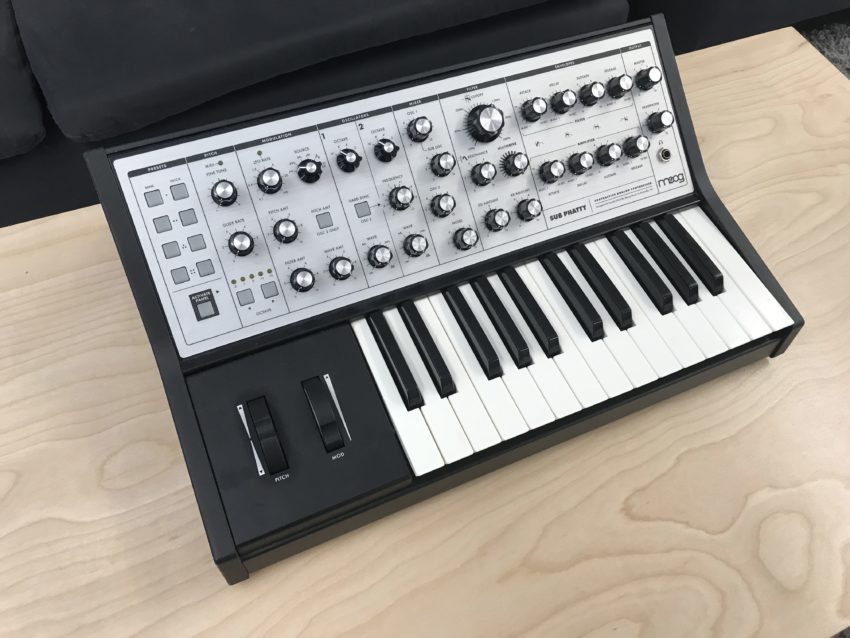 The first time I sat at a synthesizer I didn’t care about the knobs and faders, I was just excited about the sound coming from my speakers. As I became more comfortable with synths, I started picturing the specific tones in my head, and how I could use those same knobs to create them. Today I’m going to discuss some of the basics of synthesis so we can start building our own sounds.

The Voltage Controlled Oscillator acts as the sound source in synthesizers. If you’re using an analog synth, the VCO converts the DC signal from the power supply into an AC signal. If you’re using a digital synth, it uses digital signal processing to mathematically generate an ideal waveform.

By changing the waveshape of the signal that the VCO generates, you can change the timbre of the entire instrument. The most basic waveshape is the sine wave, which is the least distorted and most “clean” option. With an analog synth, you typically have two more waveshape options: the triangle and the square. The triangle wave sounds a little more harsh than the sine wave and the square wave sounds like a very distorted sine wave. I’ve provided some short clips of each waveshape below.

In the world of digital synths, the waveshape possibilities are endless. Digital synths typically have the same three waveshapes available on analog synths, but they also have access to a nearly endless amount of abnormal waveshapes.

For example, Native Instrument’s Massive offers an enormous variety of waveshapes with names like Flender I and Scrapyard. Next, listen to these wave-shapes compared to the previous ones — they have some interesting and sometimes harsh-sounding harmonics.

Many synths allow you to layer multiple oscillators, and that really allows you to create a unique timbre.

Voltage-controlled amplifiers are components that allow you to control the output volume of a module. One of the most common uses of VCAs is in envelope shaping. Think of the almost eternal sustain of a really fat 808 or the sharp ping of a celeste. If you control a VCA with an envelope generator you can give your synth sound a similar entrance.

Most envelope generators have 4 different controls: attack, decay, sustain, and release. The attack value determines the amount of time that the sound will take to reach its maximum amplitude. If you have a longer attack, the sound will enter more gradually and it will sound softer. The decay value determines the amount of time your sound will take to decay to its sustained level. The sustain value is the amplitude at which the tone will remain if you hold down the key for a longer period of time. The release value is the amount of time it takes the volume to return to silent. Longer release times are great for bell tones that you want to ring out.

Below I’ve provided a recording of a Sine wave with a longer attack and release than the other examples, –notice that when I release the note it rings out for a longer period of time.

You could also use it to alter the pitch of your sound.

As I previously mentioned, you can actually stack multiple oscillators on top of each other. To show you the strength of this I’ve made a synth combining 3 oscillators, and they all use some of the sounds that I’ve discussed. It has one standard sine wave, a triangle wave with its pitch slightly modulated, and the scrap yard wave with its amplitude slightly modulated. I threw in some drums with this one to show how quickly you can get to a usable sound for a beat.

Keep an eye out for my next Oscillator article, where I will discuss some more modules used in synthesis!

How Drum Heads Affect Your ToneTalking Shop: Your Signature Gear