How Drum Heads Affect Your Tone 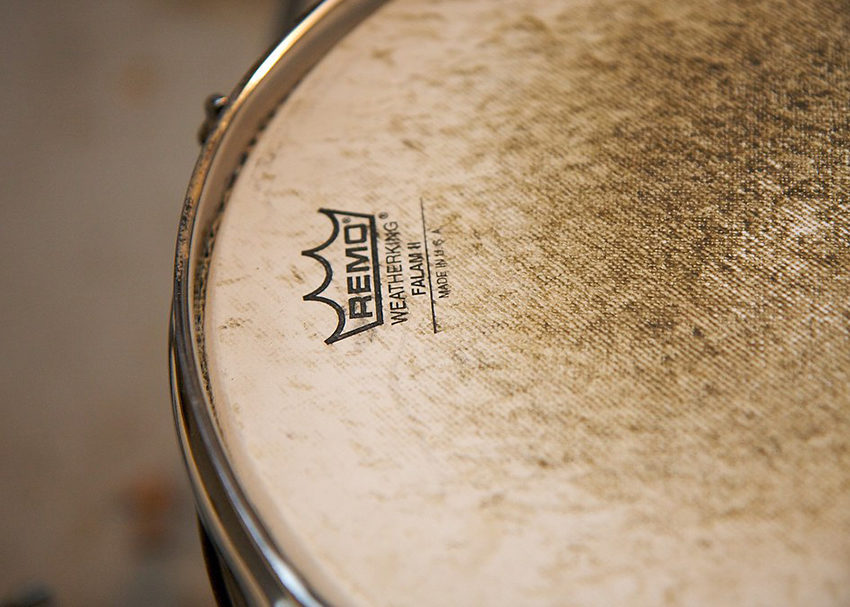 Drum heads: an oft-debated subject for drummers in which hard-and-fast opinions abound. Clear or coated? Single ply or double ply? Let’s dig into this debate and learn what impact drum heads have on the sound of your kit.

The best-selling drum heads are single-ply heads. Single-ply heads offer a superior level of resonance and are more sensitive to your playing dynamics. One downside of single ply heads is that they are less durable than some of their alternatives.

Double-ply heads tend to be on the “thuddier” side of the tonal spectrum. The two layers of drum heads act as a sort of natural muffling system which prevents overtones that may be undesirable in recording situations. They also tend to be more durable because of the extra material. Double-ply heads are less sensitive to playing dynamics though, and don’t produce the best tone at lower volumes.

Clear heads have a lot of attack and generally more sustain since there is less material on the head. They are typically perceived as having a brighter tone because the attack is so sharp, and they resonate for a longer amount of time.

Coated heads have a much rounder sounding attack and sustain for only a short period. They tend to be much warmer sounding and nestle themselves into a band’s overall mix.

If you’ve ever been into a studio, odds are you have had an engineer shove a pillow in your bass drum or coat your toms in gaffe tape. Since the ’70s manufacturers have offered pre-muffled drum heads. Typically, additional layers of mylar are secured to the drum head, or in the shape of a ring around the edges. Most often these come in dot, ring, or oil-filled form. This can be a useful tool in the studio or in a live situation where your kit is mic’d. Acoustically, these heads don’t have a lot to offer the further away you get from them. Because they are muffled already, you can’t make them sound any brighter and they don’t respond to dynamics much, if at all.

I always recommend drummers experiment with things like drum heads as they have a huge impact on your overall tone. It’s okay to mix and match in every direction. For instance a lot of drummers who use coated heads will still play with clear resonant heads.