How to Integrate Triggers Into an Acoustic Drum Kit 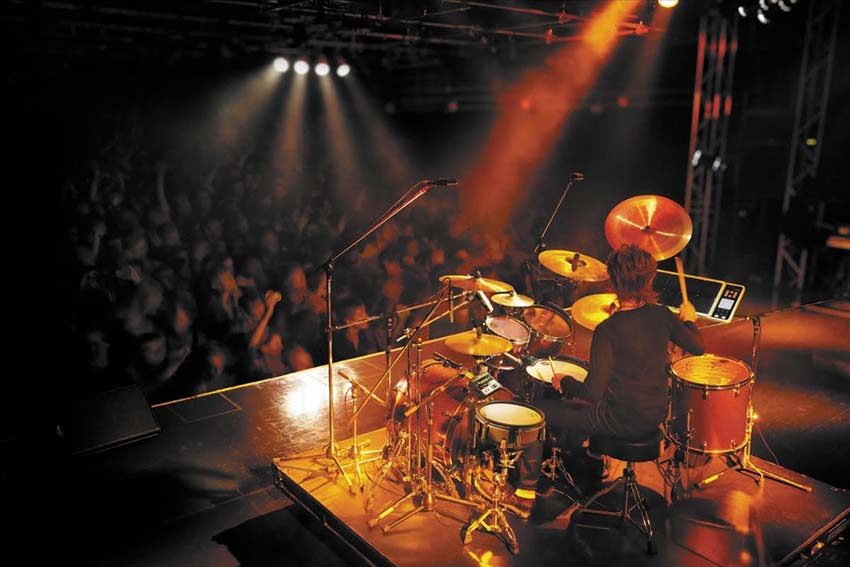 Ask a drummer what makes the perfect drum kit and they might say “wood, metal, a little plastic and a blanket.” Keep it simple, stupid. But we drummers aren’t as stupid as we look, and we want to stretch the limits of our sonic profile behind the kit! Electronic drum triggers are a great way to increase your tonal repertoire without much more than the press of a button.

In a perfect world, every venue, bar, and basement would have the acoustics of Carnegie Hall. Unfortunately, it just doesn’t shake out that way. The reason drum triggering is so popular is its consistency of sound. As drummers, we know that we can’t control how our acoustic kit sounds in the same way a guitarist or keyboard player can with their instruments. But with drum triggers and modules, drummers are given the keys to the tone-zone and can have consistent drum tone at our stick-tips.

Another reason for using triggers is tonal variation. Sure, it’s great to have every drum come out the PA sounding studio-ready, but a real advantage to triggers is the diversity your kit can have from song to song when playing live or on an album. This can be as simple as changing your snare drum sound to a clap, or as complex as changing your entire kit to sound like it’s made out of maple instead of birch. You can also layer your acoustic drum sound on top of a sampled one coming from the drum module — there really are endless possibilities.

Drum triggers, at a very basic level, are just guitar pickups for your drum kit. For instance, some of the very first triggers were literally piezo crystals taped down to a drum head. Attached to either the head or shell/rim of a drum, triggers use a piezo pickup element that is ultra-sensitive to vibration caused by each hit. The movement of the piezo sends an electronic signal from the trigger to a sound module or “brain” that processes that signal and turns it into a sampled sound that comes out of your monitor or PA system. Modules can also function as an interface between your kit and Digital Audio Workstation (DAW.) Through USB or MIDI, your drum module encodes your “hit” signal into MIDI data that can then be read by a plug-in or DAW to create a drum sequence from your actual playing.

The basic trigger kit setup is a sound module, some 1/4″ cable and a trigger, that’s it. And if you already own an electronic drum kit, chances are you can just use the module from that to trigger sounds. Modules like the Roland TD-17 or the Alesis Strike are used on full electronic kits, but are also usable in a trigger application. Roland also makes the RT-MicS, which is a hybrid trigger + module that attaches directly to your drum and makes triggering that much easier.

Related:
The History of Electronic Drums

Beyond the modules from e-kits brands like Alesis, Roland and Yamaha carry racks and dedicated modules with on-board sounds and the ability to add your own. And with the advent of “virtual drummer” plug-ins like EZDrummer, you can connect your module via MIDI or USB to your DAW and use all the sounds from your favorite software instruments.

Though it seems incredibly daunting, integrating triggers into your acoustic drum kit is a simple process when you add the right gear. Adding triggers to your new “hybrid drum kit” is hugely rewarding, and opens up a vast new world of tones and sounds, so you can get creative behind the kit like never before.