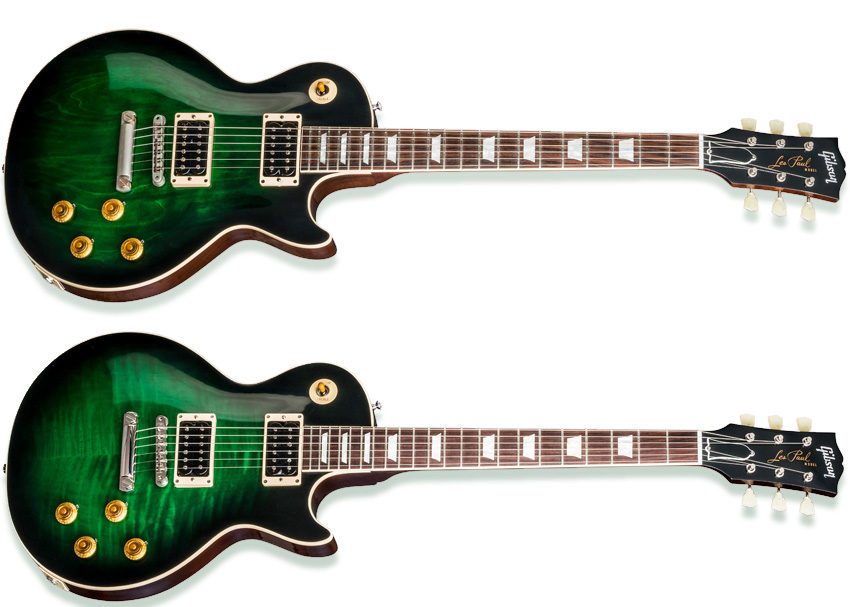 With the recent news that Gibson had named guitarist Slash as its global brand ambassador, the timing seems perfect that the Gibson Custom Shop is releasing a new version of perhaps the most famous signature model of Les Paul’s signature model.

This Gibson Custom Shop Slash Les Paul features a stunning and bold new finish fitting for the Snakepit leader — Anaconda Burst. Running from a reptilian green in the center to a black outer edge, it’s available with a plain or flamed maple top. It is listed by Gibson as having “historic 1950s Les Paul construction” in addition to a host of Slash-centric features, namely a pair of Seymour Duncan Slash Signature humbuckers and his preferred neck profile.

If you’re a die-hard Slash fan, you’ll want to head over to zZounds, where we have the plain top available for pre-order now. These Anaconda Burst Les Pauls are extremely limited quantity and the flamed top version ls signed by Slash!

This model ends the speculation among GnR and Slash fans alike after Slash posted pictures and appeared on Guns N Roses’ Not in This Lifetime Tour, playing a prototype Gibson R9 in this finish. Now, it’s available for fans to try their own take of November Rain on! 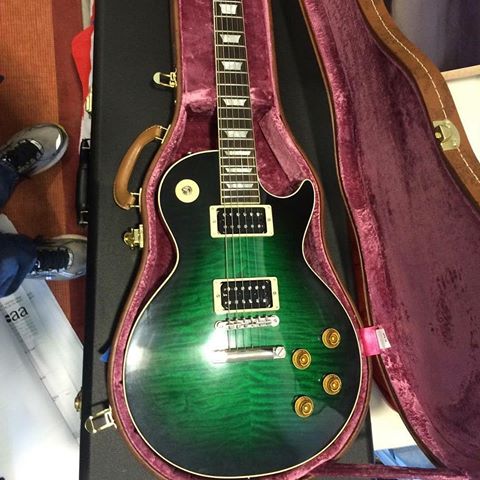