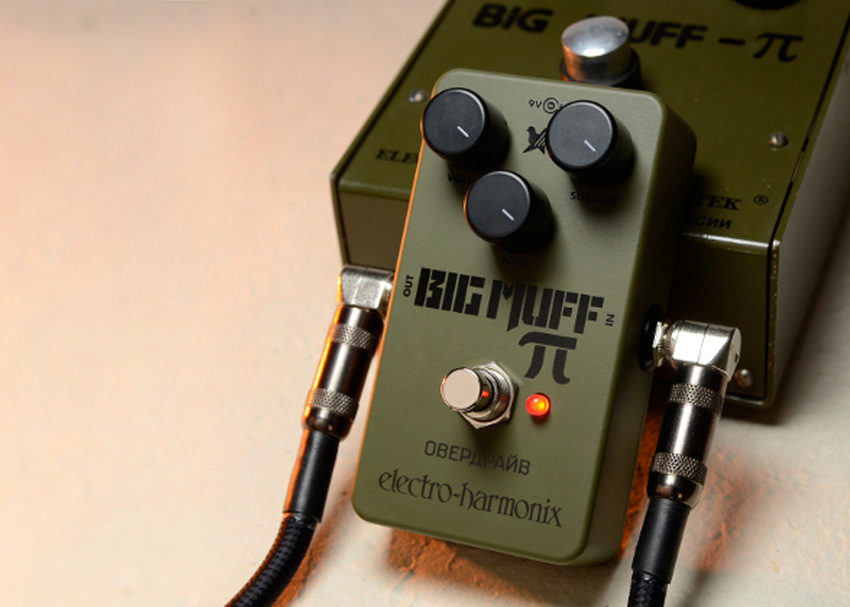 As much as The Dude is synonymous with his favorite cocktail, the White Russian, fans of heavy riffage have flocked to the so-called “Green Russian Big Muff” — a variant of the famed Big Muff Pi pedal produced by Sovtek in Russia in the mid-’90s. Beloved for its low-end growl, this variant has become a cult classic in the years since its discontinuation.

Now, Electro-Harmonix is bringing back that crushing Muff tone with their Green Russian Big Muff. Housed in a more compact enclosure than the original, this new pedal promises all the girthy muck of the original. While several boutique manufacturers have created their own versions of the Russian Muff, like Way Huge’s recent Russian Pickle, this is the first time EHX is recreating the classic circuit in compact form. And priced at $80, it’s quite a few rubles less than you’ll find a used original for.

While we doubt these Green Russians are made with any Cold War-era military-issue parts (the lore on the Sovtek pedals makes for a compelling read) we expect the original tone to be alive and well, and a popular option on many a guitarist’s pedalboard soon.