Go With the (Signal) Flow. Distortion, modulation, and you.. 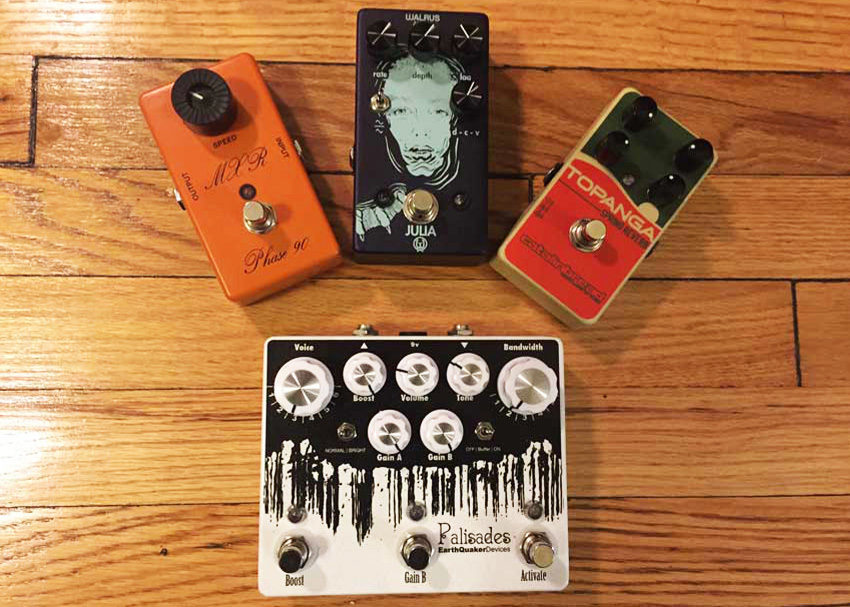 Setting up your pedalboard involves a little more thought than just trying to fit everything together like a real-life game of Tetris. When using two or more pedals, experimenting with signal flow often results in significant differences in your tone. In this edition of Guitar Workbench, we’re taking a closer listen to how overdrive pedals affect your tone when placed in different spots in your signal chain.

The basic setup here includes a PRS S2 Vela (with the bridge pickup tapped to a single-coil and a fresh set of Ernie Ball Paradigm strings) through the pedals, and finally into a Fender Ramparte combo amp. A slightly off-axis Shure SM57 in the center of the speaker feeds the signal to a Focusrite 18i8, and finally into Pro Tools. 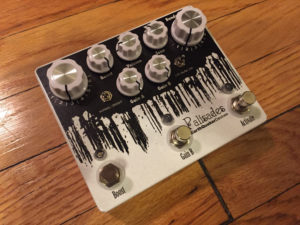 An Earthquaker Devices Palisades overdrive holds it down as my foundation dirty tone. Turned down to bedroom volumes, the single-channel Ramparte outputs a super clean tone, so all overdrive you hear comes directly from the Palisades. I set this dynamic overdrive pedal to just past the point of breakup, cleaning up a bit depending on how hard it gets hit with signal. Although the Palisades includes a second gain and a boost, only Gain A was used for these demos.

On deck for our demos is a good mix of modulation and reverb: an MXR Phase 90 phaser, a Walrus Audio Julia chorus, and a Catalinbread Topanga spring reverb. I kept all controls on each pedal the same throughout the whole process, so the differences in tone you hear are the result of the pedals interacting with each other through the various signal paths.

Ah, the classic Phase 90 — so simple, yet so smooth and satisfying. Despite only having one knob, putting it behind or in front of an overdrive pedal produces wildly different tones. 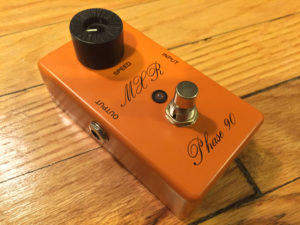 I first ran the Palisades into the Phase 90 (Sample 1), resulting in a rich, fat tone. Easily heard without being overbearing, the phaser produces all the gooey, lush oscillation you look for in a phaser, while keeping the tone musical. The overdrive also seems to maintain an even level of gain throughout the entire passage.

If we switch the pedal order (Sample 2), you should hear a large contrast. The swoosh of the phase has become, in my opinion, the focal point of the overall sound. The oscillation of the phaser also affects the way the Palisades adds overdrive to the overall signal, causing some parts of the passage to become more distorted than the others.

The Julia chimes with smooth chorus that never sounds cold. Of course, the pedal’s placement in your signal chain clearly affects the overall warmth of your tone. 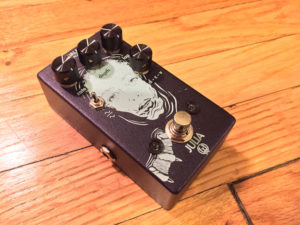 I set the chorus to a relatively fast rate and let loose with some chunky chords. Placing it before the overdrive (Sample 3), the Julia spits out an aggressive tone that prominently features a hairy gain texture, along with a more pronounced modulation.

Setting up the pedal order in reverse (Sample 4) offers a more controlled and subdued tone, with a noticeable drop in gain. Even though you might lose a little gain, I would say you also win back a lot of the guitar’s natural tone while still keeping the modulation in focus. This is more along the lines of the type of tone that would probably fit better in a full-band mix.

Of all the pedals demoed today, I think the Topanga‘s spring reverb best exemplifies the large differences that happen when you simply rearrange your pedal order. I set the reverb to have a longer tail so we can all hear the effect a little more clearly. 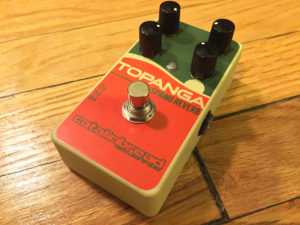 I first tried plugging the Topanga into the Palisades (Sample 5), and an intense wave of reverb washed out of the amp. The overdrive’s inherent compression squashes the ‘verb, sustaining it with a greater intensity than usual. You can clearly hear the pedal’s “springs” bounce back and forth as if it were a real, generously-cranked reverb tank.

Flipping the order (Sample 6) really mellows things out quite a bit, with the resulting tone way more subdued in comparison to the how we first heard this pedal combo. The reverb definitely takes a step back from the spotlight, giving the dry guitar tone the focus this time around. To me, this pedal setup sounds more natural, but I can’t argue that the extreme reverb heard previously sounds pretty cool and has its place in the tone repertoires of many players.