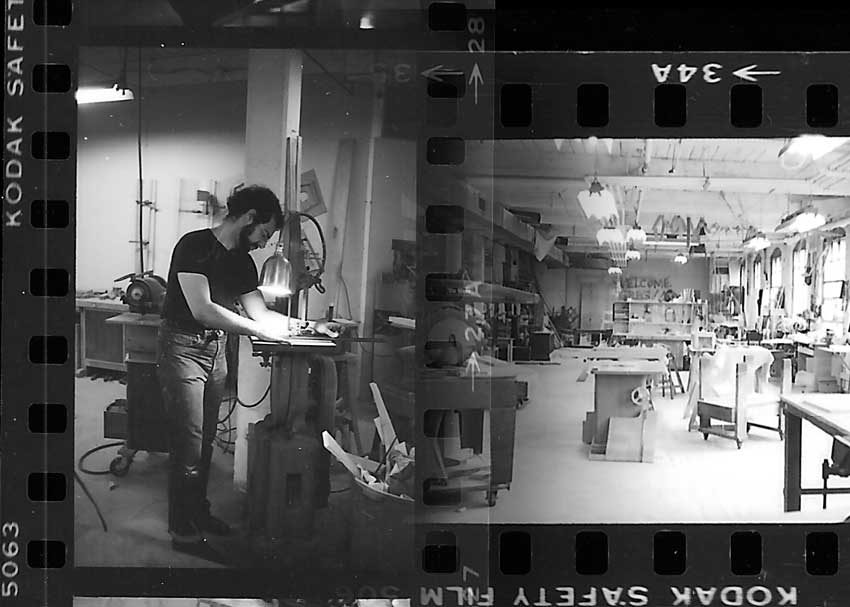 When Stuart Spector released the NS-1 bass for the first time in 1977, it was unlike anything the bass world had seen. Up until that point, electric basses were either derivatives of the popular Precision and Jazz styles developed by Fender, or were one of a handful of unique models designed by the likes of Gibson, Hofner, Rickenbacker and Alembic. The NS-1, with its three-piece walnut-and-maple body, smooth rounded edges, and ergonomic contoured back, was revolutionary.

And yet, it caught on. As word spread, more and more bassists came to try the NS-1, appreciating the comfortable contour developed by Ned Steinberger and understanding Spector’s vision for what a bass could be. Maybe the NS-1’s early success was due in part to timing — as Spector notes, fusion, metal and disco were all burgeoning genres at the time and bassists were looking for instruments that gave them more tonal and musical range.

Spector and Steinberger not only captivated bassists with their designs — they launched an entirely new subcategory of electric bass. Not long after the NS-2 arrived in 1979, did players start to see more and more contoured, rounded basses sporting natural finishes from Ibanez, Warwick and others. Now, 40 years later, that style remains and Stuart Spector’s designs have stayed largely the same as the originals, adding modern refinements like chambered wings, updated pickups and hardware along the way.

We were lucky enough to talk with Stuart Spector about his early days developing the NS-1 with Ned Steinberger, his Timbre acoustic bass lineup, and why he thinks bassists are more open to new ideas in their instruments than guitarists.

zZounds: Tell me a bit about your time performing music before you started as a luthier.
Stuart Spector: I started playing guitar when I was 14, during what Martin Mull referred to as the “great folk music scare.” I bought my first electric guitar shortly thereafter, a used Zim-Gar for $25. My first customization project was to duct tape all the pickup switches in the “on” position as they were situated so that anytime I strummed the strings I would shut them off. I played in bands all through high school and have never been a professional musician. I still play gigs about once a month with my band, Crawdaddy, and we have a huge amount of fun and get people up and shaking their butts.

A vintage Zim-Gar guitar. Note the troublesome switches near the pickups.

zZ: You’ve said you initially set out to create guitars just for yourself. What type of guitar were you setting out to build?
Spector: My very first attempt was to copy a Gibson SG. It looked beautiful but revealed how little I understood about crucial aspects like peghead angle. I then made a series of neck-through electric guitars with maple necks and walnut wings that actually played and sounded great. Among the players who purchased them were Lou Reed and Al Kooper. 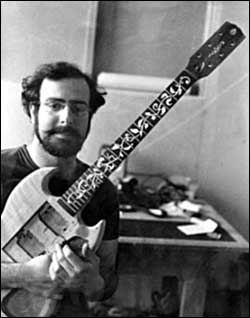 zZ: How did you make the shift to bass and what did you seek out to accomplish with the first Spector bass designs in 1976?
Spector: I have never had any formal training so everything has been trial and error. The first goal with the basses was to get beyond the dull thud that most Fender-type basses were producing in that era. Fusion music, metal and disco were starting to come in and the role of bass and the expectations of the players were rapidly changing.

zZ: How long did you know Ned Steinberger at that point, and how did you meet?
Spector: I first met Ned Steinberger around 1975 I think. I was a member of a co-op wood shop in Brooklyn where the members shared a large common loft space and the use of major pieces of equipment. My dear friend, Billy Thomas and I went to look at some machinery that was for sale and it turned out that Ned had been an assistant in that shop which was closing and was looking for a new place to roost. He joined the co-op and was working on furniture design and became interested in the instruments that we were building.

zZ: What did you think when you first saw and tried out the NS-1?
Spector: I must say that for a little bit it set me back on my heels as it was so different from what I had ever seen. However, [after] sitting down and playing it, it became immediately apparent that it was a great design in terms of the way that it interacted with the shape of your body.

zZ: What was the reaction from bassists like in the early days to see such a radical departure from the norm?
Spector: Honestly, I don’t think we encountered a lot of resistance to it, our biggest problem was figuring out how to build it with the homemade equipment we were working with at the time.

zZ: What would you say has been the most important update to the Spector family of basses since the NS-2 hit the market?
Spector: I would say that our recent ability to more precisely control the carving of the bodies has made it possible for us to chamber out the interior of the body wings. This results in a lighter weight and more resonant instrument and the ability to utilize a wide variety of combinations of woods.

zZ: Do you see more of an openness to new ideas in instrument/amp design from bassists than you do guitarists?
Spector: I think this is totally true, both back when we started and now in the present day. Back in the ’70s to ’80s, bass players were actively looking for instruments that expanded their voice in the band, a wider frequency response to the bass, more sustain, etc.

zZ: Tell me a bit about the initiative to design the new Timbre line of acoustic basses. How were you looking to improve upon what most acoustic basses could do?
Spector: The main goal here was to have an acoustic bass that would provide enough volume and clarity to really hold its own just on an acoustic level with a hard-charging group of acoustic guitar players. The 34″ scale neck and the ladder bracing we wound up using have really helped to achieve that goal. 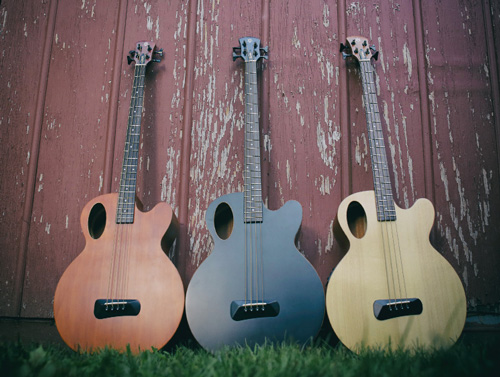 zZ: Why place the soundhole in the top left corner?
Spector: It’s strange but the science of it reveals that due to the way the top vibrates and the interior reflects the lower frequencies of the bass, there is more sound at that point that can be released from the body.

zZ: You had said laminated mahogany back and sides projected better than solid mahogany. Why is that?
Spector: In general, well-made laminated wood is stronger than a solid piece of wood, certainly at reflecting sound which is the main function of the back and sides. The increased rigidity of those parts also allows the top to be more responsive as there is less energy dissipating into the back and side moving around.

zZ: Tell me a bit about the development of the 40th Anniversary Euro4. Did you revisit your old techniques or documents from the early days?
Spector: The latest anniversary piece is a Euro4 1977 LE and is as close to the original basses from that year as is possible with the components that are currently available. It is the first single-pickup NS bass we have built in many years and also the first one that will feature solid USA black walnut body wings just as those originals did.

Main Photo: Stuart in his workshop during the ’70s