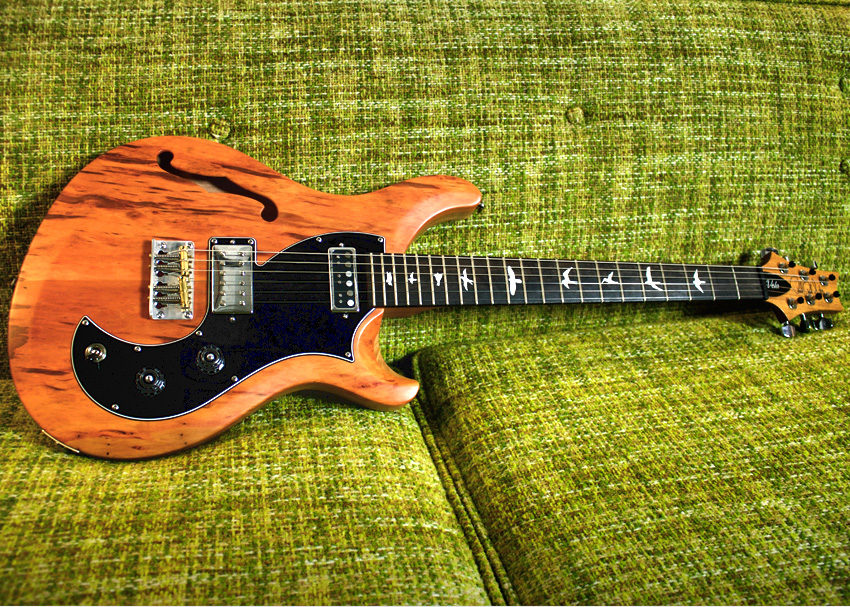 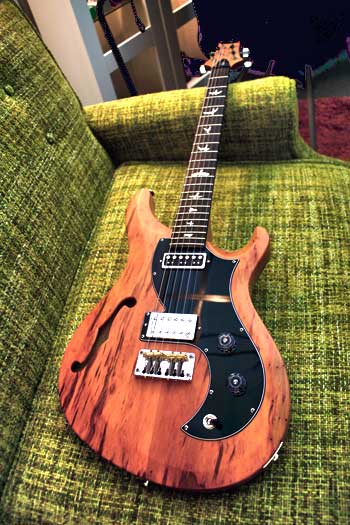 When PRS reps visited zZounds HQ a couple of weeks ago, they brought along a new model that had most of the guitarists in the building drooling. The semi-hollow S2 Vela — along with a CE24 model — is part of the “Reclaimed Limited” series just announced by PRS over the weekend.

The series of 600 guitars feature reclaimed peroba rosa wood for the tops and reclaimed brauna preto for the fretboards. Both woods are native to Brazil’s Atlantic Forest and are commonly used to craft homes — peroba rosa is used for siding and brauna preto for support posts. When constructing these guitars, the luthiers at Paul Reed Smith chose to leave all the natural wear and nail holes intact, making each model truly one-of-a-kind.

“The forest has come full circle, so to speak. I like to think using this wood showcases Brazil’s rich history of music and guitar making,” Michael Reid, PRS Senior Wood Manager, said in a press release. “Reclaiming these timbers also allows me to personally make a contribution to sustaining and celebrating Brazil’s resources.”

We were sworn to secrecy about these particular models, so now that the cat’s out of the bag, we’re thrilled to share the news! The satin nitro finish on the Vela really showcased the incredible wood grain and hearing the Vela’s bright, snappy tone and its impressive resonance — even when unplugged — made us certain this axe is a stunner both visually and sonically. The CE24’s bolt-on neck is made of maple, while the Vela’s set neck is mahogany. Both feature mahogany backs and sides.

Learn more about the Reclaimed Limited series from Michael Reid and Paul Reed Smith in the video below: