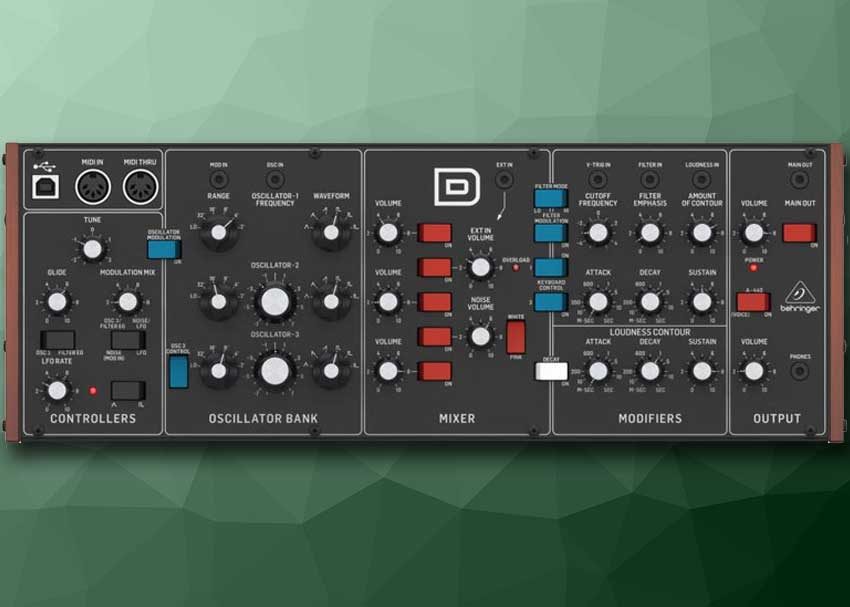 Yesterday, Uli Behringer, founder of the musical instrument manufacturer, hopped on the Gearslutz.com forum and proceeded to drop a bombshell. Behringer analog synthesizers have been fixtures in online rumor mills in the last few years, with the DeepMind recently becoming a reality. Another whisper was that Behringer was developing an analog monosynth “clone” of the Minimoog Model D that would be a fraction of the cost. There has been a lot of talk on the subject, but much was left to the imagination of synth lovers. Until now.

A thread on Gearslutz initially discussed the idea of Behringer making a desktop module version of their rumored monosynth. Yesterday, on page 24 of the thread, Uli Behringer shared his company’s first draft of the “D” synth, with features and specs (listed below). It appears Behringer is currently gathering feedback from users and will decide whether or not to move forward with designing a prototype based on the response the draft gets. There were a ton of opinions shared on GearSlutz and /r/synthesizers, many of which center around the unit’s proposed cost — Behringer said he hopes to get the “D” synth priced at around $400.

If Behringer can cram all the features Uli hopes to include at that price — features like a “Poly Chain” mode to link up to 16 synths via MIDI, three voltage-controlled oscillators, and transistors and JFETs like those found on the original Minimoog — the “D” Synth could really make some noise. We’ve found a lot to like in the realm of affordable analog monosynths, like the Korg Monologue, Arturia Microbrute and Moog Mother-32, and there’s certainly room for more!

Of course, we’ll have to wait and see what comes of all this, but for now, take a look at the specs and pictures and let us know what you think: