Winter Classic Brings Back The Feels 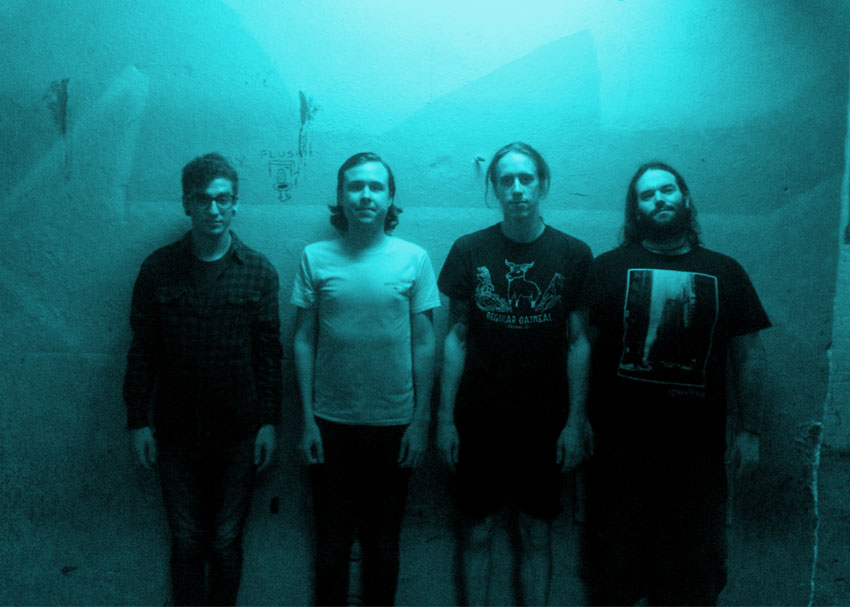 Winter Classic began in 2013 when, in their own words:

“Jim and Spiros were bored.
They played some songs.

Sam expressed similar sentiments.
Sam broke his shoulder doing a sick trick on his, then new, board.

We asked James if he was bored.
He was, too. He joined.

We’re not too bored anymore.”

To be clear, the band has changed a bit since their description on Facebook was written. Spiro, the band’s original bassist, left to commit to school, and Nick Cartwright, a friend from another local band called Regular Oatmeal, was brought in to play bass. 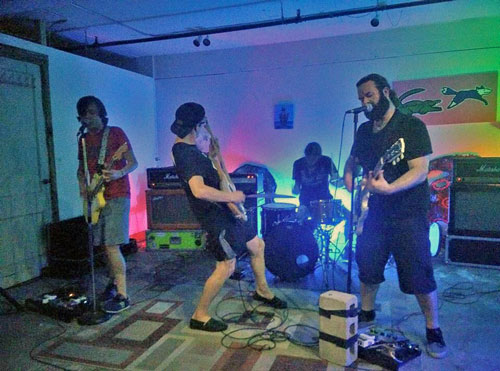 The incident with Peterson and the skateboard would have a major impact on the band.

“I had a quarter-life crisis and decided to take up skateboarding but broke my shoulder and couldn’t play drums,” Peterson said, “So Jimmy had to play acoustic and I was in a sling and thinking ‘I’m not gonna be able to play drums for a long time.’”

The search for a new drummer began, and after posting an ad on a local DIY forum, the band found a drummer in James Ringness. Peterson switched to guitar — a move he was happy to make as singing while playing guitar was much easier than doing vocals “Phil Collins style,” from behind the kit. Beyond that, the move would help solidify the band’s sound.

Winter Classic takes inspiration from indie and emo acts of the late ’90s and early 2000s, adding a dose of heaviness from their downtuned guitars. Peterson and Zarembski trade off riffs and lay down harmony lines, giving Pastimes, their debut full-length album, plenty of memorable moments.

Lyrically, they cover themes like reluctance to grow up, and the struggle to find your place. Peterson and Zarembski are the chief songwriters in the band, and occasionally, as Ringness puts it, Peterson will have a song that’s perfect right off the bat.

“Everything we’ve ever put out, one song on it, is just Sammy comes in with it and it’s perfect, he’s got it all figured out and it’s the best song on the record,” Ringness said.

But for the most part, writing Winter Classic songs is a collaborative process.

“[A song] is not done until everyone else puts their input in,” Zarembski said. “There’s other stuff where I’ve come up with an idea and then there’s like a waterfall of ideas. And then only one part of the original idea is there but the song sounds so much better.”

The guys are set to embark on their third tour soon, which will start in Chicago and take them as far south as Baton Rouge before heading north again and closing in Michigan.

“I feel like Winter Classic has one of two modes in the van. We’re either asleep or bouncing off the walls driving everyone nuts,” Zarembski said.

Perhaps that’s where some of the band’s pop-culture and meme-inspired song titles come from. Some, like “That’s My Purse” make it on to an album, but many of the working titles, like “Slap My Nuts” are just used for set lists but are more familiar to the band than the actual song names. 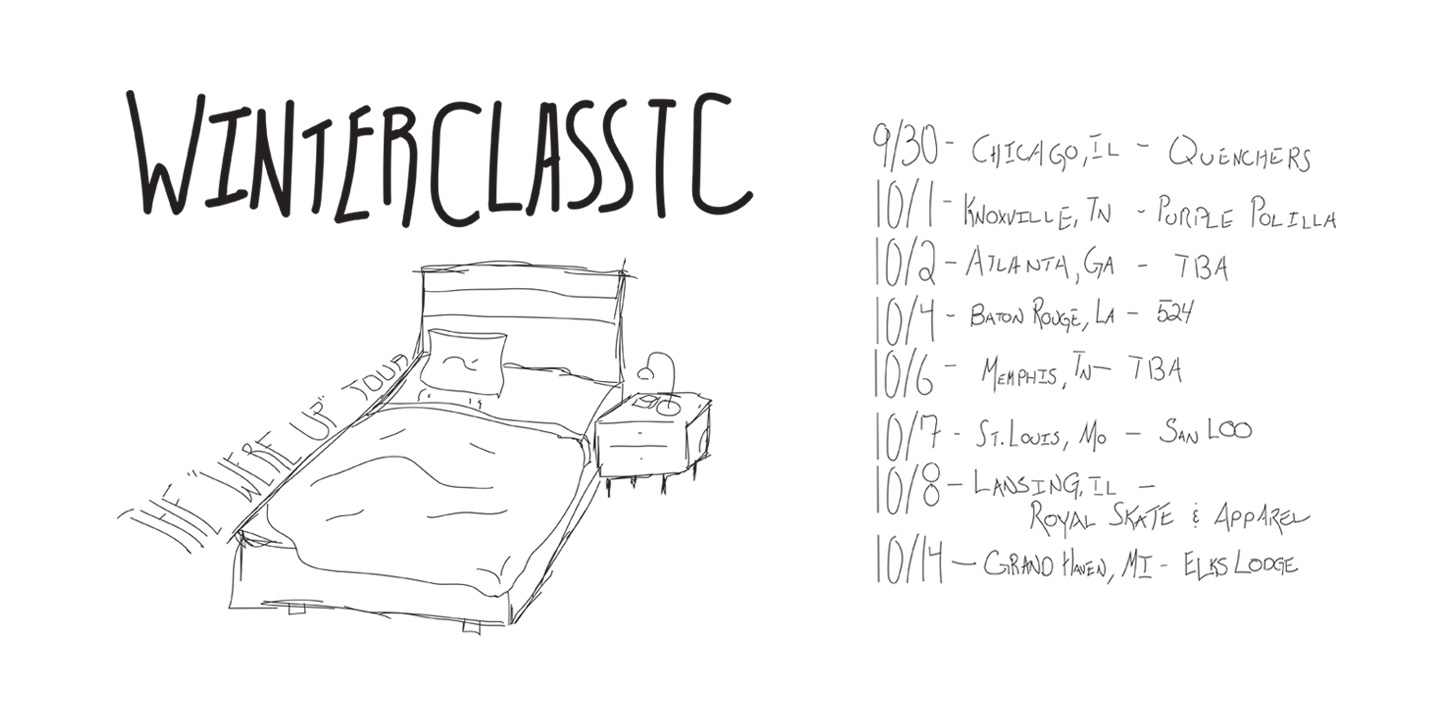 “If we were on stage and you asked me to play some songs by their actual names I probably wouldn’t know them,” Ringness said.

With the videos they’ve been into lately, don’t be surprised to see a Winter Classic song entitled “Give Us Some Reggae” soon.

While touring can be fun, Winter Classic has experienced its harsher side, from getting sick to having their car break down in winter and being stuck on the highway for six hours on the day of a show.

“Half the time you’re just rattling away thinking ‘what the fuck am I doing? Why didn’t I go to college?'” Sam explained. “Just for those five hours and then you get to play a show and it all makes sense again, like ‘this is why I do this!'” 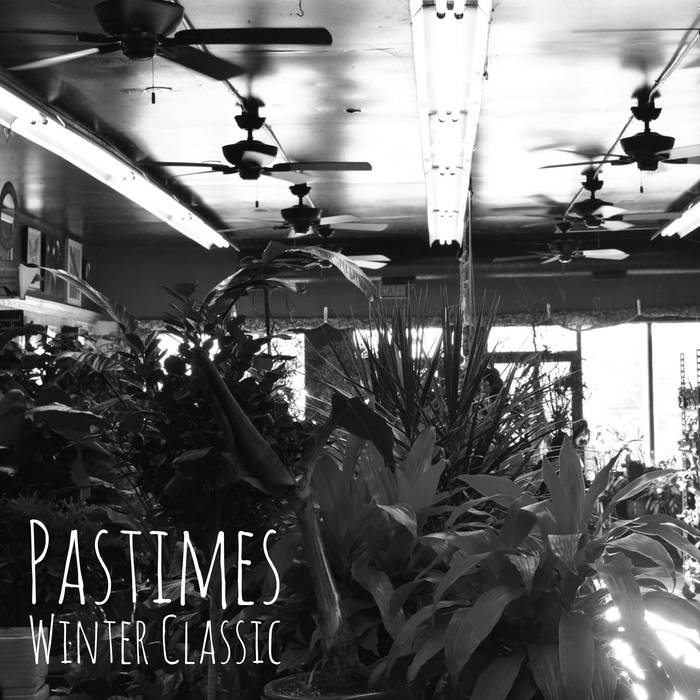 The band’s first full-length, Pastimes, was released in June 2015. In a lot of ways, it represents the band’s own contrast between serious and sarcastic. The opening title track welcomes listeners in with growling guitars, lending a live feel to the album. From there, Winter Classic covers a lot of sonic territory, be the twinkling Midwest emo guitars on “Dadderall” that lead into a speeding up in the verse, or the grungy, In Utero vibe of “Water Under The Fridge.”

Winter Classic makes the most of the short songs on Pastimes — most tracks clock in on the low end of the two-minute mark. That doesn’t make them any less poignant, however. One of the band’s strengths is saying a lot in a short time. On “Twelve Frets,” both Zarembski and Peterson shout: “I made you this record to show you how it turned out.” It seems to serve as a thesis statement for the whole album, though it’s unclear who exactly the record was made for.

In November, Winter Classic will release a split single this winter, and they plan to release a second full-length next year. By Zarembski early clues, it should have an interesting blend of styles:

The Gear of Winter Classic

The huge guitar sounds on Pastimes are both a result of engineering work in the studio and Zarembski and Peterson’s favorite amp: the Marshall JCM800. With each plugged into a 4×12 cabinet, they create an impressive wall of crunch. When it comes to guitars, Zarembski has a long-time love affair with the Fender Toronado, of which he owns three different finishes. Peterson favors his trusty Gibson SG Standard in white. 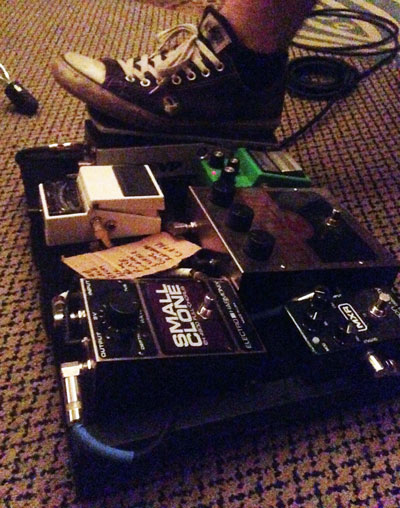 Peterson’s board includes an Ibanez TS9 Tube Screamer, Electro-Harmonix Big Muff and Small Clone, MXR Carbon Copy, and Boss TU-3 tuner. He claims the TS9 is the only pedal that gets any use.

“Everything else is just for the look,” he said. 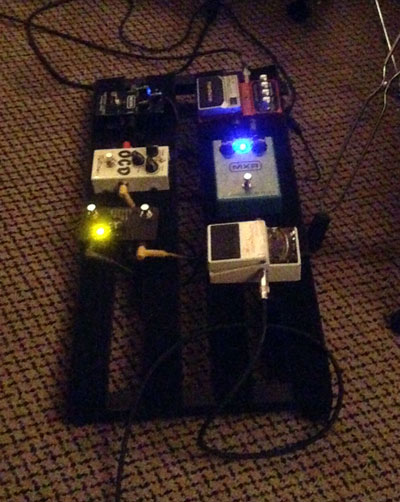 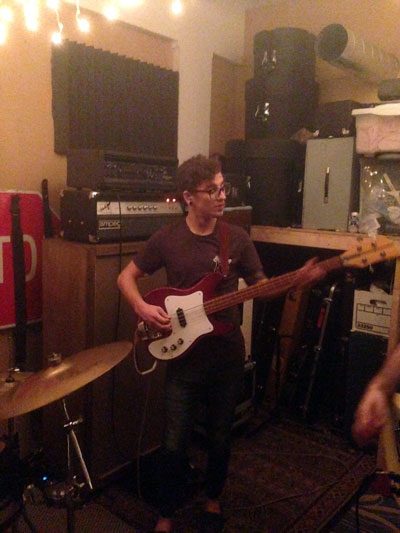 Zarembski’s board is also fairly straightforward: like Peterson, he’s a fan of the TU-3 and Carbon Copy, but opts for a Maxon OD808, Fulltone OCD Drive, Digitech Hardwire Reverb for some ambience between songs.

Cartwright plugs in a vintage Rickenbacker bass into an Ampeg V4 head running through a 6×12 Worshipper cabinet.

“There’s no signal processing; it’s just straight into the head,” he explained.

Cartwright’s gear is fitting — he also plays as a guitarist in Regular Oatmeal, so his V4 serves dual purpose. Stylistically, he says he just tries to play fairly straight ahead and make the bass fit into the context of the band.

“[In] early Death Cab, [I like] how those bass lines are repetitive and kind of carry a melody,” he said.

Ringness plays a Gretsch Catalina Club kit, which he prefers for the bright attack of its maple shells.

“When we play live I use Zildjian scimitar hi hats because they’re really loud,” Ringness said. “For writing and recording I use [K Custom Dark hi-hats] because they’re more what I like as my ideal hi-hat sound.”