When is a guitar not a guitar?

When you plug any guitar into the Electro-Harmonix MEL9, your signal transforms into one of 9 classic tape-emulated sounds. We played an American Elite Telecaster through the pedal, choosing its Strings voice for that slightly grainy string sound you’ve heard on countless psychedelic tunes. We then took a few steps further out of the guitar universe by adding a Spatial Delivery by Earthquaker Devices to the signal chain for some far-out filtering. Finally, we used an actual synthesizer, none other than the newly reissued Minimoog Model D, to create a fat bass groove. Check out our nu-disco jam in the video above, then get a closer look into what these powerful pedals can do below. 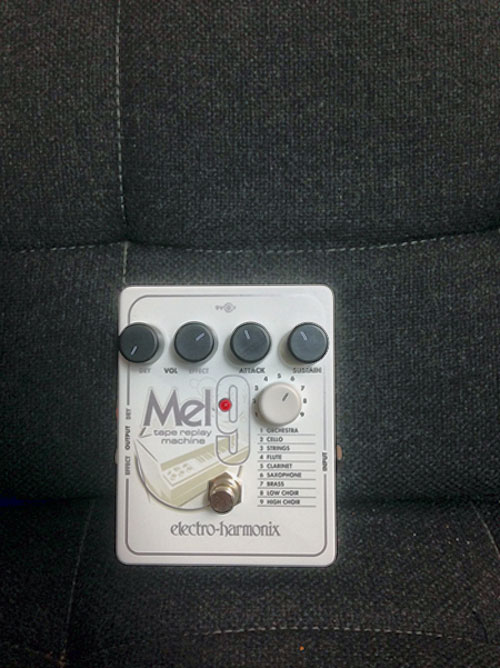 The third in a series of 3 EXH pedals that model keyboard sounds, (including the B9 Organ Machine, C9 Organ Machine and KEY9 Electric Piano Machine) the MEL9 uses digital processing to convert your signal into the classic sounds of the Mellotron. If you think you’re unfamiliar with the Melltron, you’ve actually very likely to have heard one before. Most often associated with The Beatles, as heard in the intro to “Strawberry Fields Forever,” the Mellotron were is on countless landmark songs, such as “Stairway to Heaven,” and “Knights in White Satin.” But that’s not to say it’s a relic of the psychedelic era. In fact, several modern psych bands have taken to its sounds.

The MEL9 is offers 9 of the Mellotron’s tones, with everything from a clarinet to a full orchestra. Because the original instrument operated by playing samples that recorded to tape, it was prone to odd artifacts and had an utterly unique character, especially when holding down notes, as the tape would continually spin, causing an audible effect. You can hear a bit of that in our video, in which we make use of the “Strings” voice for rhythm and the “Saxophone” voice for lead. 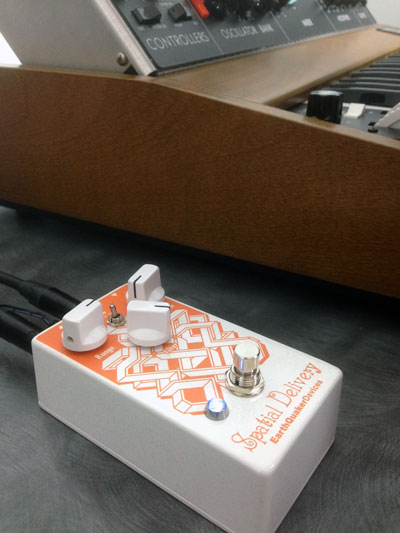 Envelope filter pedals often get typecast as only being useful to funk or jam bands, but plenty of guitarists have taken the effect to new realms. Earthquaker’s Spatial Delivery not only nails the familiar acid jazz flavors, but offers you more control to tailor its sensitivity to your own guitar and crossfade between high-, low- and band-pass filters. You can switch between an upward and downward sweep, and even choose sample and hold mode, where your filter sweep gets chopped up by random voltage oscillators for a stuttering sound.

You can hear the Spatial Delivery in action throughout the video, from the choppy effect its sample and hold mode lends to the guitar, to the subtle quack of its upward sweep that colors the Minimoog Model D’s bassline.

A track this funky just wouldn’t be complete without the original bad motherfunkin’ Minimoog Model D! We dialed in a fat, P-Funk style bass tone, fed that through the Spatial Delivery in “filter up” mode and the track came to life.