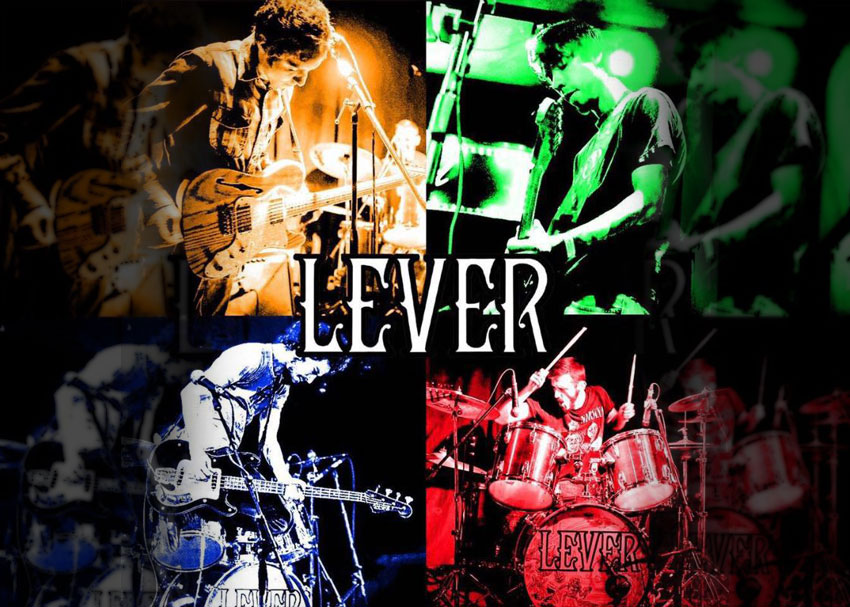 If you first mistook Lever’s latest album Hover Bored, as a Back to the Future-inspired ’80s rock tribute, it’d be hard to blame you. The first song is called “McFly” for goodness’ sake.

But take a listen and you’ll hear that sonically, Lever draws from another era, about 10 years after Marty McFly met Doc.

The band describes itself as “bi-polar” grunge, and that’s an accurate diagnosis. With influences like Silverchair, Nirvana and Speedy Ortiz, the fuzzy guitars, slacker attitude, and loud/quiet/loud dynamics permeate throughout their catalog. But pigeonholing Lever as grunge revivalists doesn’t give the full picture — they’ve taken the sound of their heroes into modern times, blending it with contemporary influences from Wavves to Metric.

The fluid guitar work on “Last Call” show how Lever add some pop sensibilities while keeping their grunge roots intact. “Lucky” takes those qualities and cranks them up, adding in jangling guitars and a Motown-style beat to craft for the most upbeat track on Hover Bored. And if “Lucky” is the pinnacle portion of this “bi-polar” grunge record, closer “Bad Vision” may be its low point. Singer Jon Babin’s voice deteriorates into a haunting scream during the chorus and the song closes with a cacophony of drums, feedback and screeching guitars.

Bassist Brandon Erker joined Lever last year, stepping in for a bassist who took a spot in Barb Wire Dolls. Before Erker joined, the band already had several songs in their back catalog waiting to be released. Erker has also worked on a bunch of new songs with the band, since joining, so they have no shortage of material to release.

“We have enough material right now to probably put together two full lengths,” he said.

Lever hopes to release a new EP later this year, followed by another full length sometime next year.

Erker is the only member who lives in Chicago — the rest of the band reside in suburbs about an hour outside the city, so Lever has experienced the differences of playing in the city versus the quieter suburbs. For example, in the suburbs, where cover bands tend to dominate, it’s easier for an original rock band to stand out.

“A lot of times they’ll just need a band to come in to play for their bar crowd, so you play all night, like two hour-and-a-half long sets,” Erker said. “You have to play all night but you get paid pretty well.”

On the other hand, it can be tougher to get gigs in the city, where there are often too many bands and too few spots. But the extra effort to get booked is made worth it.

“It’s just cooler playing a lot of venues in the city. There are a lot of bucket list places: like for me the Empty Bottle is a big deal,” Erker said. “We’re playing Double Door in August and that’s pretty big for me, especially because it might be closing.”