Having shred upon countless stages in behemoth act Metallica since 1983, Kirk Hammett knows a thing or two about what it takes to achieve blistering tone. From Kill ‘Em All to Death Magnetic, Metallica’s sound and rigs have evolved, but Hammett’s guitar work continues to cut like a knife. Watch any overview video of Kirk’s live rig and it’s clear to see why it takes a crew of techs to keep the show on the road, with triggered effects, multiple wah controllers placed strategically around the gigantic stage, etc.

RELATED:
An Interview With Kirk Hammett

Luckily, thanks to a slew of signature gear, you don’t need a toiling guitar tech to nail that screaming “Disposable Heroes” solo. We recently sat down with some of Kirk Hammett’s signature gear, including an ESP LTD Nosferatu guitar, a Dunlop KH95 Crybaby and a KHDK Ghoul Screamer in an effort to nail the Metallica sound. 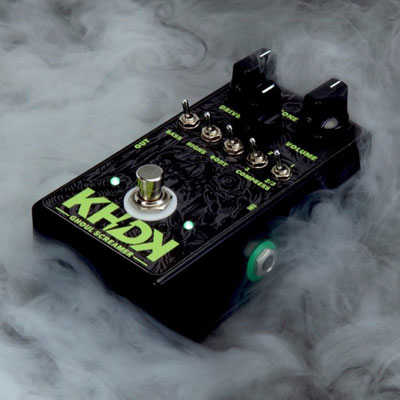 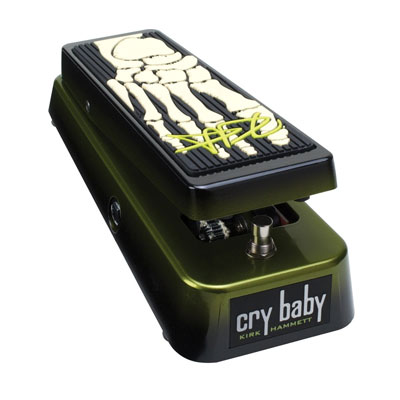 If you’re a player on a budget and want to achieve the blistering, thrashy Hammett tone with tight rhythms and unbridled, wah-laden leads, look no further than the combination of the KHDK Ghoul Screamer and Kirk’s signature Dunlop KH95 Crybaby wah pedal. Born out of a conversation had while on tour in Prague in 2012, KHDK Electronics is the brainchild of Kirk Hammett and David Karon. The two, along with engineer Antonin Salva, have developed a line of pedals that meet the discerning tastes of Hammett and countless players worldwide.

See all of Kirk’s Signature Gear at zZounds

As you can gather by the name, the Ghoul Screamer is a variation of the wildly popular Tube Screamer circuit that Kirk has used for years, but with some supercharged tweaks. With five different toggle switches for bass, highs, body and compression, this pedal offers up a completely customizable version of the Tube Screamer tone. We found that the Ghoul Screamer shrieks the loudest when placed in front of your already dirty amp. Check out the video to see how we switch the bass, highs and body toggles down, engage the 3-way compression switch and crank the gain for face-melting Hammett leads.

To take your Kirk-esque solos to the next level, what better wah to use than the one designed in tandem with the Metallica axe slinger himself? The signature KH95 wah pedal is a piece of gear that was devised purely out of necessity. With Metallica’s large, often uniquely shaped stage sets, it wasn’t feasible for Kirk to always return to the same location for every solo that required a wah pedal. His guitar tech’s solution was to use multiple “shell” wah pedals placed around the stage, connected to a backstage, rack-mounted DCR-1SR Crybaby unit bearing Hammett’s precise settings. Initially just a shell for a controller, Dunlop loaded the pedal with the same circuitry and settings found in the rack unit, so you can tap into Kirk’s distinct wah tone.