This morning, bassists woke up to a big announcement: Orange’s popular line of Crush amps is coming to bassists! A countdown timer hosted on Orange’s homepage in the days prior led to some speculation among fans, but the news is officially out: Orange has announced the Crush Bass Series, featuring the Crush Bass 25, Crush Bass 50 and Crush Bass 100 combo amps. Check out our video demo of the Crush Bass 100 above to hear some of its gnarly tones. 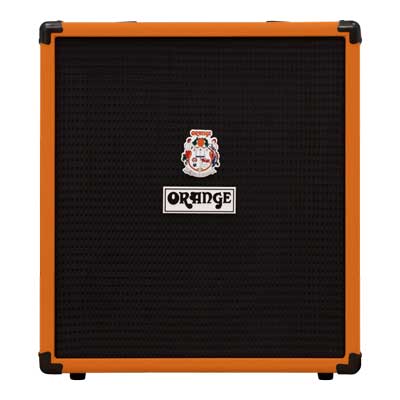 Orange’s most affordable Series, Crush amps bring refined solid-state tone and useful features to beginners and those looking for a flexible amp for home practice or gigging. Each model includes 3-band EQ with parametric mid, gain control, on-board tuner, aux in and headphones out with CabSim circuitry to simulate the sound of a 4×12 cabinet — perfect for silent practice or monitoring. Like their guitar counterparts, the Orange Crush Bass Series feature an all-analog signal path and, as the video shows, a LOT of gain.

The larger 50- and 100-watt Bass Crush amps also offer a midrange-frequency selector knob and blend control to further fine-tune your EQ and gain. The 100-watt Bass Crush has balanced XLR output for plugging direct into a PA. Finally, the 25- and 50-watt combos feature a ported cabinet, while the 100 foregoes a port for added thump. If the Crush Series of guitar amps were any indication, we expect these bass amps to be a hit among bassists for their price-to-performance ratio and surprisingly deep solid-state tone. The Crush Bass Series has been updated from the older Crush PiX Series, just as the Crush guitar amps were renovated last year, and with their gig-worthy features, we see bassists sticking with them for a while after they develop their chops.

Oh, and did we mention that the Bass Crush Series comes in black? 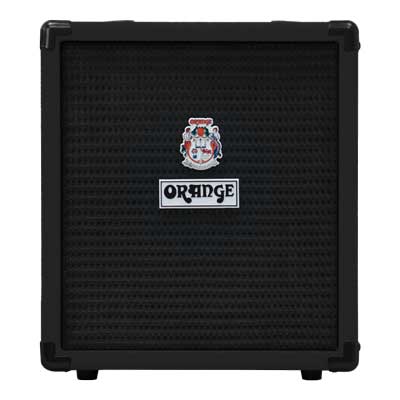