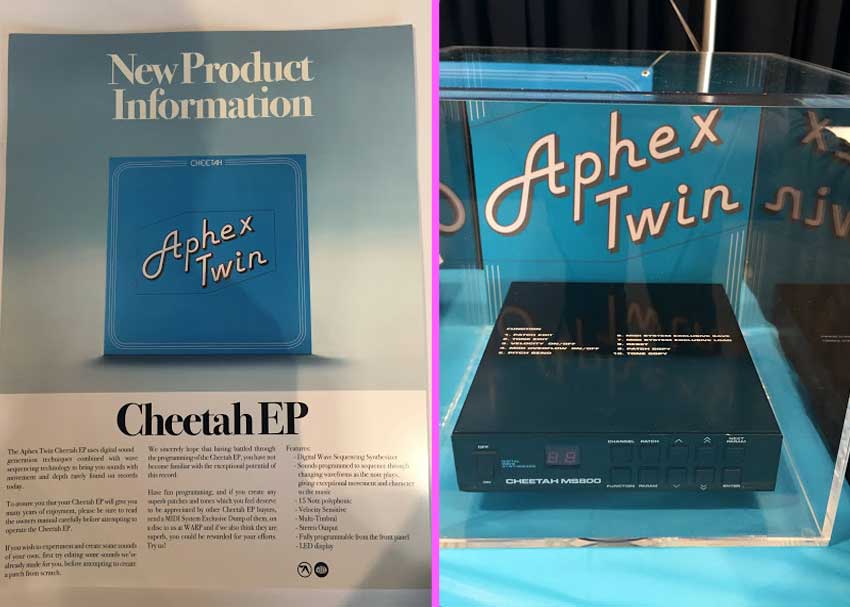 Already a few hours into our coverage of Summer NAMM day 1, we were met with this cryptic tweet from record label Warp:

Out of the blue, we were caught trying to figure out if this was another put-on by the ambient music master himself. However, being the good investigators that we are, we set our sights on a nondescript corner of the Summer NAMM show floor. Here’s what we found:

Far from a put-on, a full listening station with a preview of his upcoming Cheetah EP was set up for the ears of bewildered NAMM attendees. Everything that has been revealed so far is true. A truly vintage Cheetah MS800 synthesizer was enshrined in plexiglass once again displaying Richard D. James’ love of early Sinclair ZX Spectrum Cheetah Speech Talking packaging advertising (try saying that twice as fast!). 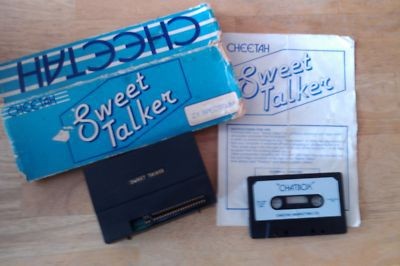 The in-real-life advert for his EP stated this magnificent bit of re-purposed MS800 manual verbiage:

To assure you that your Cheetah EP will give you many years of enjoyment, please be sure to read the owners manual carefully before attempting to operate the Cheetah EP.

If you wish to experiment and create some sounds of your own, first try editing some sounds we’ve already made for you, before attempting to create a patch from scratch.

We sincerely hope that having battled through the programming of the Cheetah EP, you have not become familiar with the exceptional potential of this record.

Have fun programming, and if you create any superb patches and tones which you feel deserve to be appreciated by other Cheetah EP buyers, send a MIDI System Dump of them, on a disc to us at WARP and if we also think they are superb, you could be rewarded for your efforts. Try us!”

Sadly, the actual MS800 on display was not available for demo. Although, judging by the truly byzantine programming workflow we’re kinda glad it’s still encased in glass. At least now you can add us as participants to Aphex Twin’s unique Cheetah EP roll-out. We’ll keep an eye open if the man himself shows up.