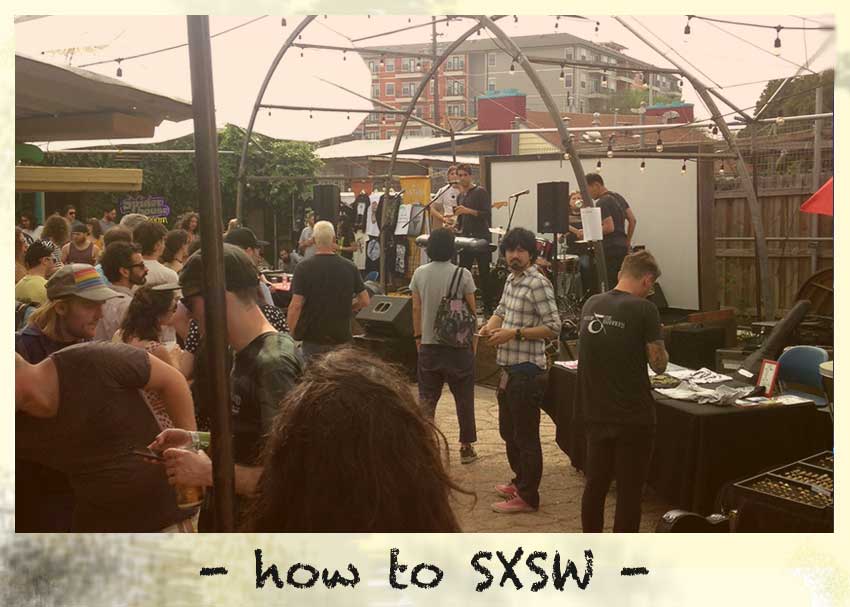 This year I had the awesome opportunity to tour down to SXSW with my band and another band on our label. Having gone to school for music business and playing in bands for the better half of my life, I’ve been familiar with the fest for quite a while, but have never bit the bullet and gone to see it for myself.

So, we booked a tour that included a date in Austin at an “unofficial” SXSW showcase, loaded the van and made the trek. Though we were only in Austin for a grand total of about 36 hours, I had an amazing experience: I saw things done right, things done wrong, and came out with a new perspective. With SXSW 2016 in my rear-view mirror and my sights set on 2017, I thought I would take a moment to reflect on the experience, and also how I (along with a myriad of other DIY musicians) can make the right decisions to better tackle one of the biggest music festivals in the world.

Here’s my list of Do’s and Do Not’s for DIY musicians and bands looking to make the most of their trip to SXSW. 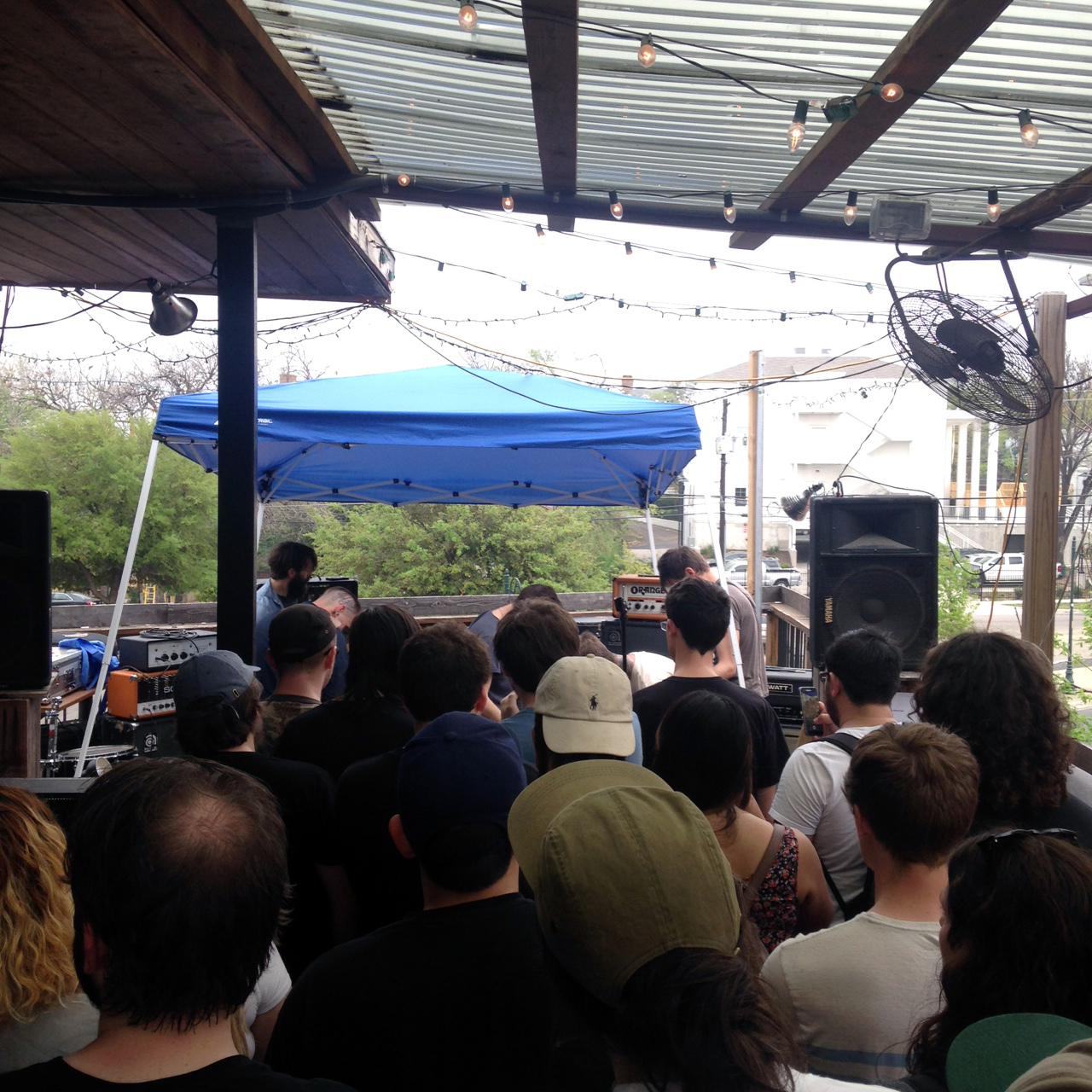 Self Defense Family performing at the Ground Floor Booking showcase at Love Goat in Austin, TX 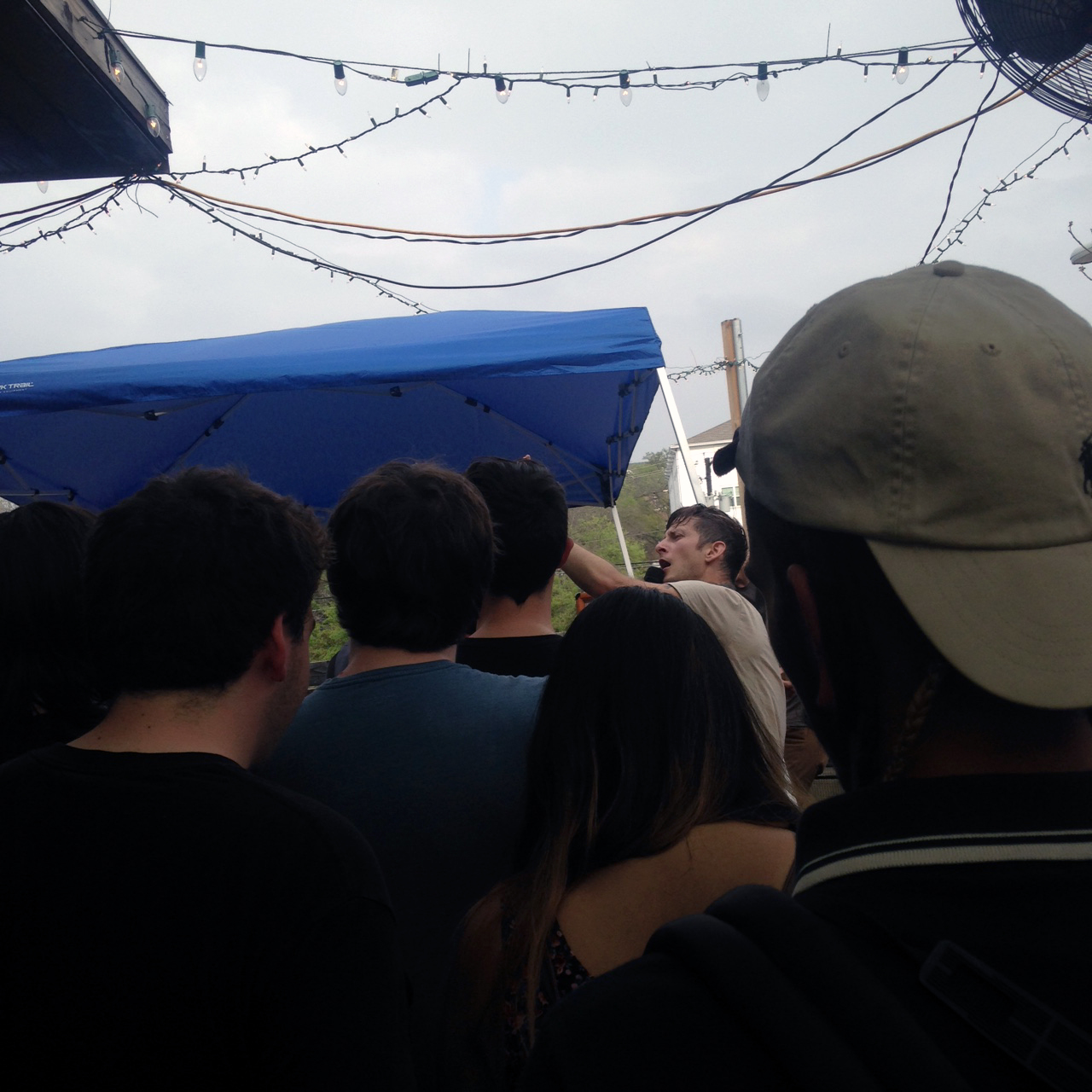 Patrick Kindlon of Self Defense Family performing at the Ground Floor Booking showcase at Love Goat in Austin, TX 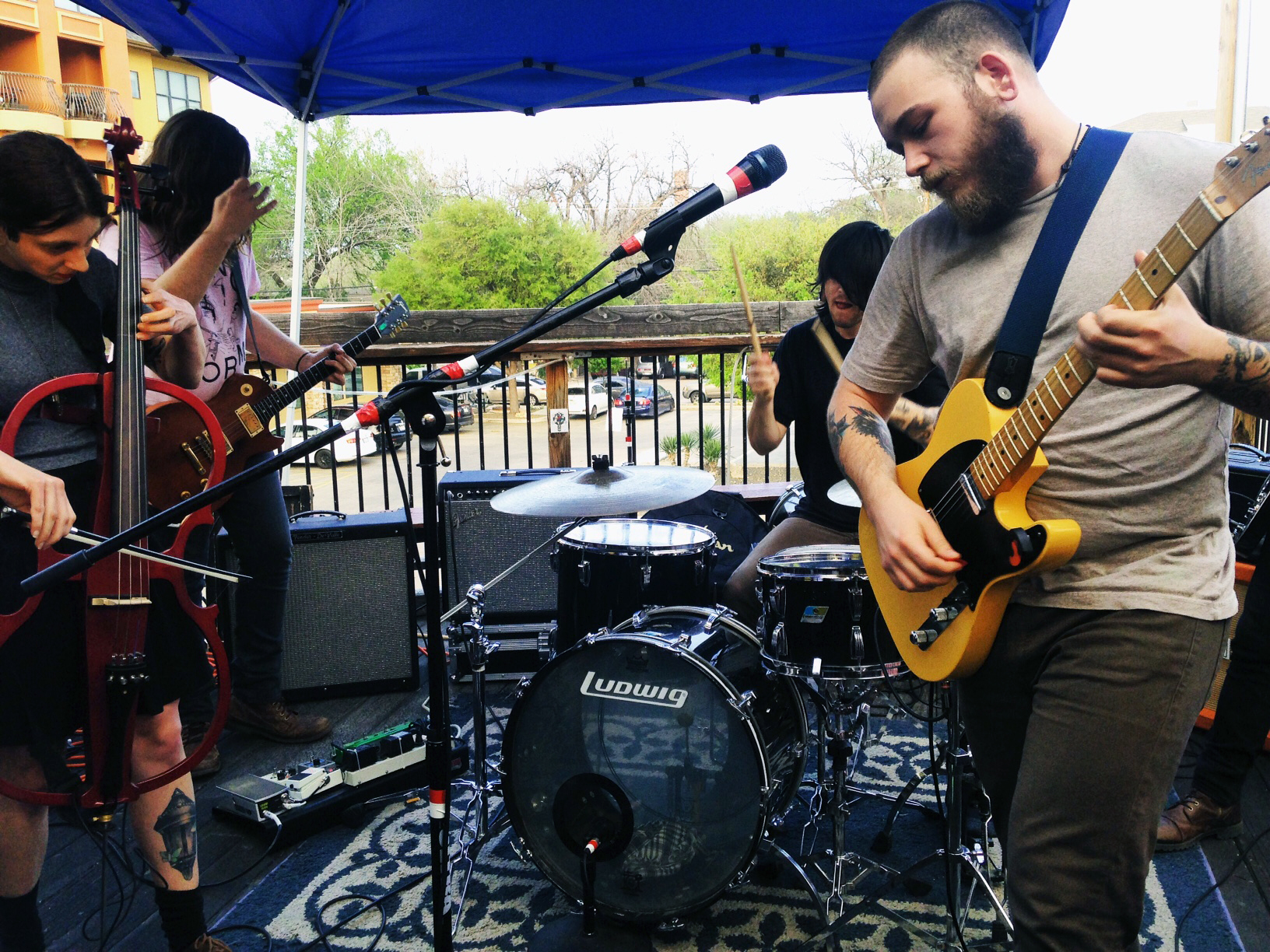 Do: Give yourself some time.

Set aside three days to a week to experience the festival and not feel rushed. Traffic is a nightmare in Austin during SXSW, so it will take you a while to get from point A to point B (especially in a 15-passenger van). Giving yourself a few days to a week in Austin will give you the opportunity to create a buzz, something that we didn’t necessarily get to do. If you book and promote three showcases during your time there, that gives people in town for the fest a chance to hear about you, see your name on flyers and event pages, and in turn, come see you.

This was our mistake, and wasn’t necessarily by choice, (we were late in the game and most showcases were all booked up) but we wish we could have played more. If you’re a well known band, playing just one showcase might be to your advantage, but if you’re a relatively unknown DIY touring band, being able to play multiple showcases is key. Like I said above, this not only lets you create a buzz and gives more of a chance for promotion, but it’s also just a great networking opportunity. Each showcase, usually sponsored by a label, brand or some other sort of industry entity is chock-full of people to network with, and you wouldn’t want to miss out on that.

Being a gear head in a band whose sound and aesthetic is pretty reliant on all the gear we use, this is a strange thing for me to say, but it’s true. Most showcases provide a backline, meaning all you really need are guitars/basses, pedalboards, and drum breakables. If you’re traveling down for the festival alone, it’s totally feasible to fly in with only those items, rent a small car, walk, or take a cab to your showcase and use the provided backline or borrow gear from another band. I can’t tell you how long I drove around Austin just searching for a place to park our van. With thousands of bands in the same town at the same time, parking is not an easy task. If you’re comfortable using a backline or borrowing gear, I would highly recommend it. 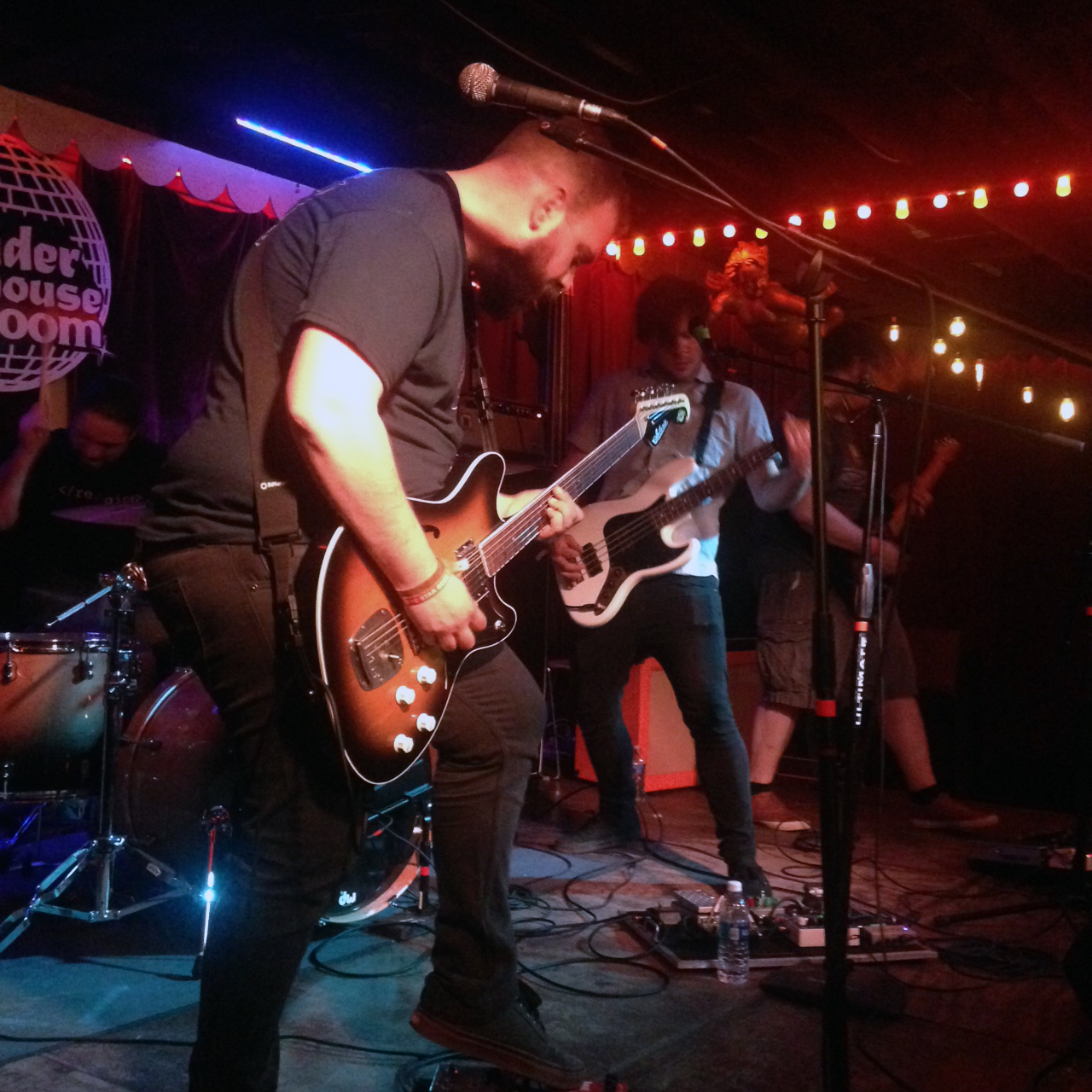 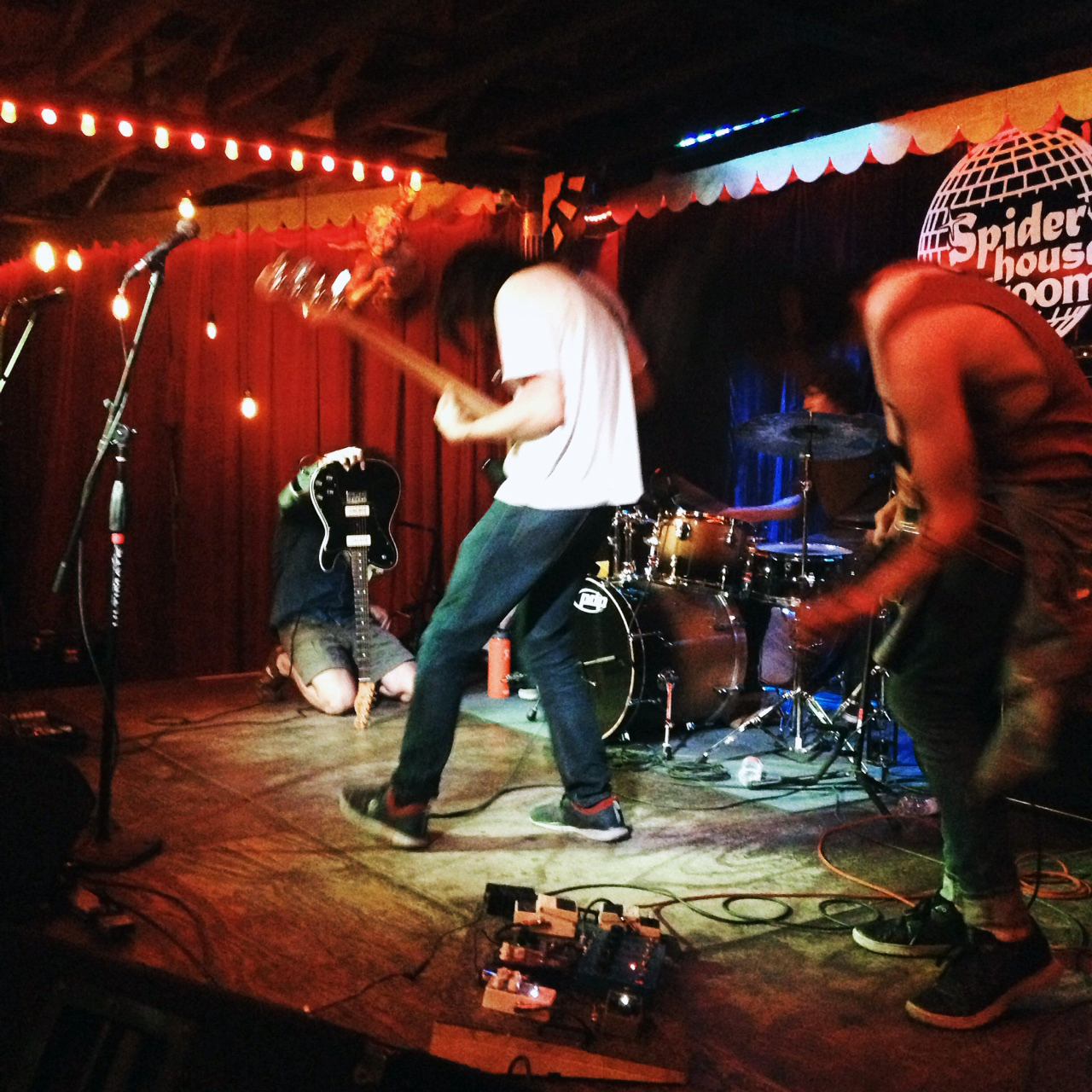 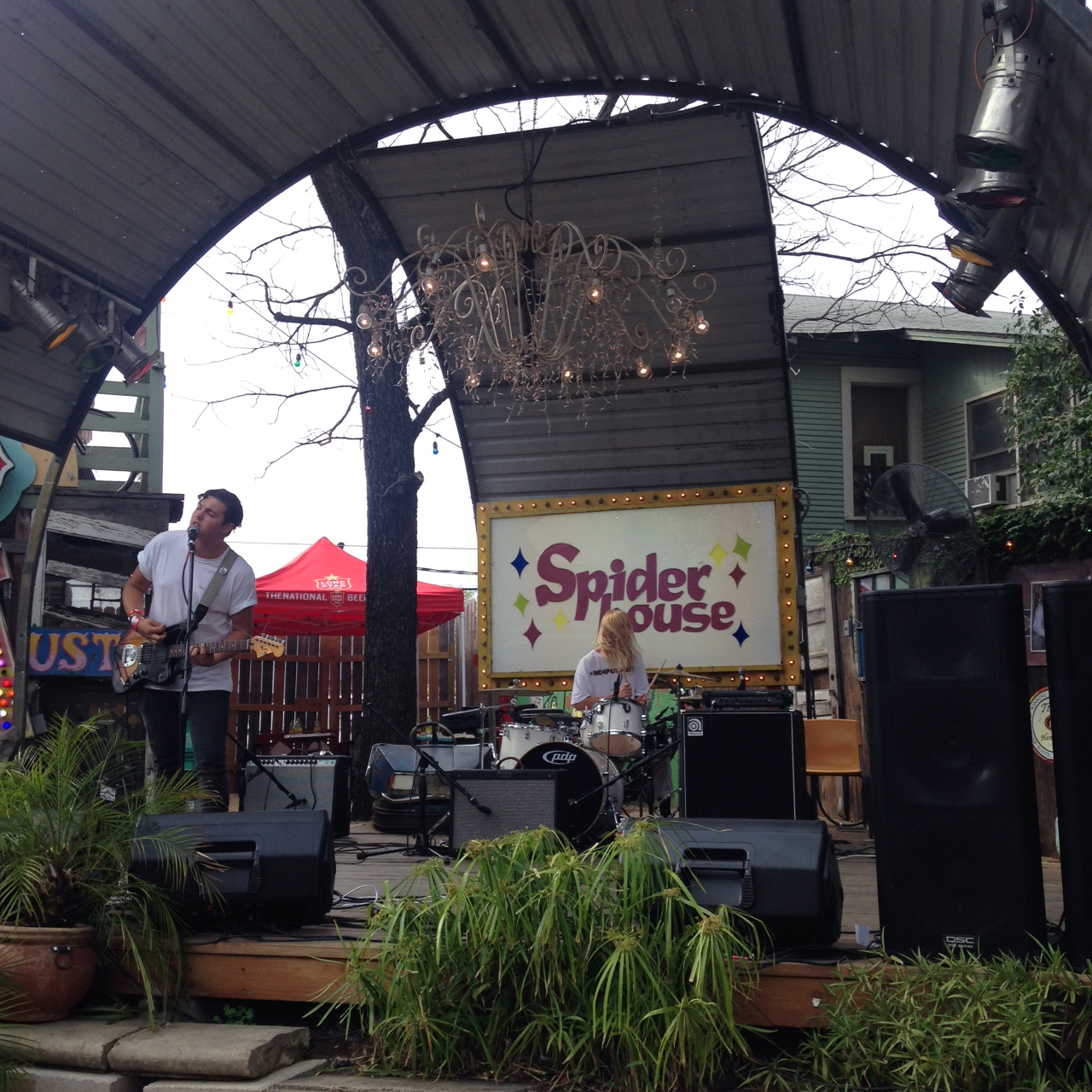 It could be tempting to really take SXSW for all it’s worth and try to play every showcase you can get your hands on, but if you want to enjoy yourself, I wouldn’t recommend it. You might look at a map and say “Oh, we can totally play this showcase at Spider House at 2:30 and be to this other showcase at Parish by 4!” but weaving your van full of sweaty, tired musicians through the seemingly short 2.1 mile span of downtown Austin will quickly become the most stressful thing you’ve ever done. Keep it to one showcase a day so you can enjoy yourself, see some shows, eat some breakfast tacos, network and maintain your general sanity without wanting to kill each other.

The number one thing we did wrong was wait until the last minute to book our showcase. Start booking a few months in advance, especially if you plan to play shows on the way to and from the festival. With so many bands making SXSW a part of their tour, most major markets surrounding Texas by a few states get booked up well in advance. Dallas, Oklahoma City, Little Rock, New Orleans, Houston, El Paso, Albuquerque — all these places will be getting an abnormal amount of attention from touring bands, so get your foot in the door early. When it comes to booking showcases, don’t be afraid to just look around on Facebook, look at what showcases other bands are booking, and try to hop on.

Don’t: Worry About it.

I was guilty of thinking that the only way to play and experience SXSW was to play an official showcase and get an artist wristband or drop serious cash on passes to the festival itself. We almost didn’t even go to the festival because we thought it was too late to submit for an official showcase, then we discovered the “unofficial” side of SXSW. Don’t get me wrong, I’m sure there’s tons of awesome stuff happening within the festival bounds, and those people with official wristbands are probably getting what they earned/paid for, but you can have just as good of a time, and just as effective of an experience as a DIY musician playing unofficial showcases outside of the festival itself. During SXSW, the entire city essentially becomes a festival with bands and attendees walking around everywhere, so almost no matter where you play or hang out, you’re bound to have an audience, or brush elbows with someone who can give you some top-quality networking face time.