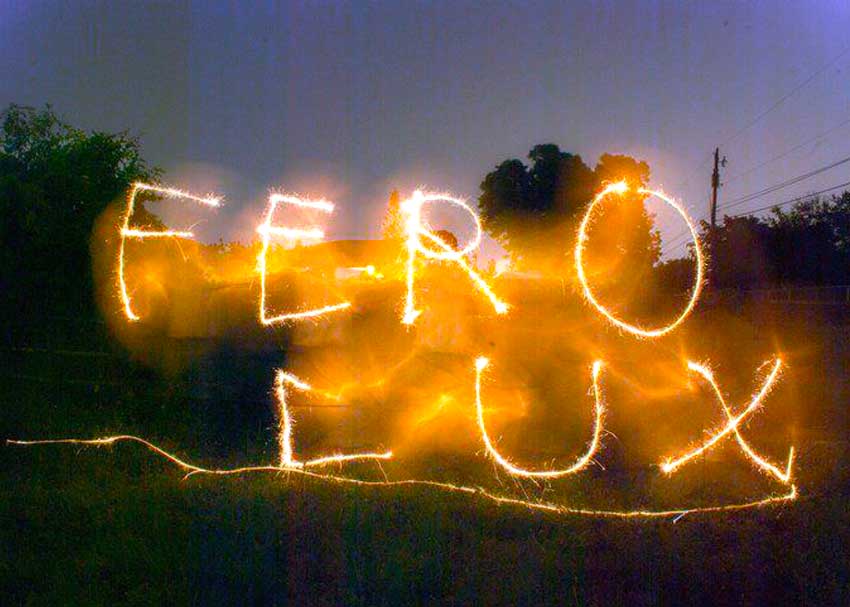 There are only a few bands that can hit me emotionally while simultaneously creating intricate and original compositions. Fero Lux achieves this gracefully in No Rest, their first release since 2013 and first full-length album since 2012. They have always been a band that walks the line between technical and accessible, but this album takes it to a new level. I have been listening non-stop since they sent me the record last month and it’s simply masterful.

It’s an incredibly well flowing and thought-out record. The opener and closer are perfect, as is the setup to the final track. The lyrics are diverse and passionate, touching on topics all very close to the band. The sound is huge and super well-produced, without compromising their actual raw, gritty tone.

At first listen, this is a full-throttle, intense record that doesn’t quit, but the dynamics and color stand on the font line as well. Clean vocals wrapped around aggressive attacks on the mic, jazzy and clean-toned guitars, plus the wonderfully disgusting feedback and distortion to really round the whole thing out.

I spoke to the guys last year about the gear they use, and this time I was lucky enough to catch up with vocalist Victor Skamiera about the new record. Reading some of his answers the first time sent chills down my spine, much like the first time I heard No Rest in its entirety. Plus there’s some good-natured cartoon talk in there as well. Read the interview below, and listen to No Rest above!

zZounds: Tell us about the title of the album, No Rest.

Victor Skamiera: We wrote a song called “No Rest” that oddly enough, won’t be on this release. But that title just seemed to fit this batch of songs really well. The record has a lot to do with things happening locally, thousands of miles away, and personally. And with so much going on there just truly is “no rest.” For anyone.

zZ: Who did the album art? How do you feel it adds to the album as a whole?

VS: The artwork was done by Britta of The Outlet Epoch. She’s a very talented artist. I think it syncs up pretty nicely with the overall sound of the record though we joked that it kind of looks like a stoner metal album. But to me, the theme behind the artwork is “push on and fight.” So I think it correlates nicely. 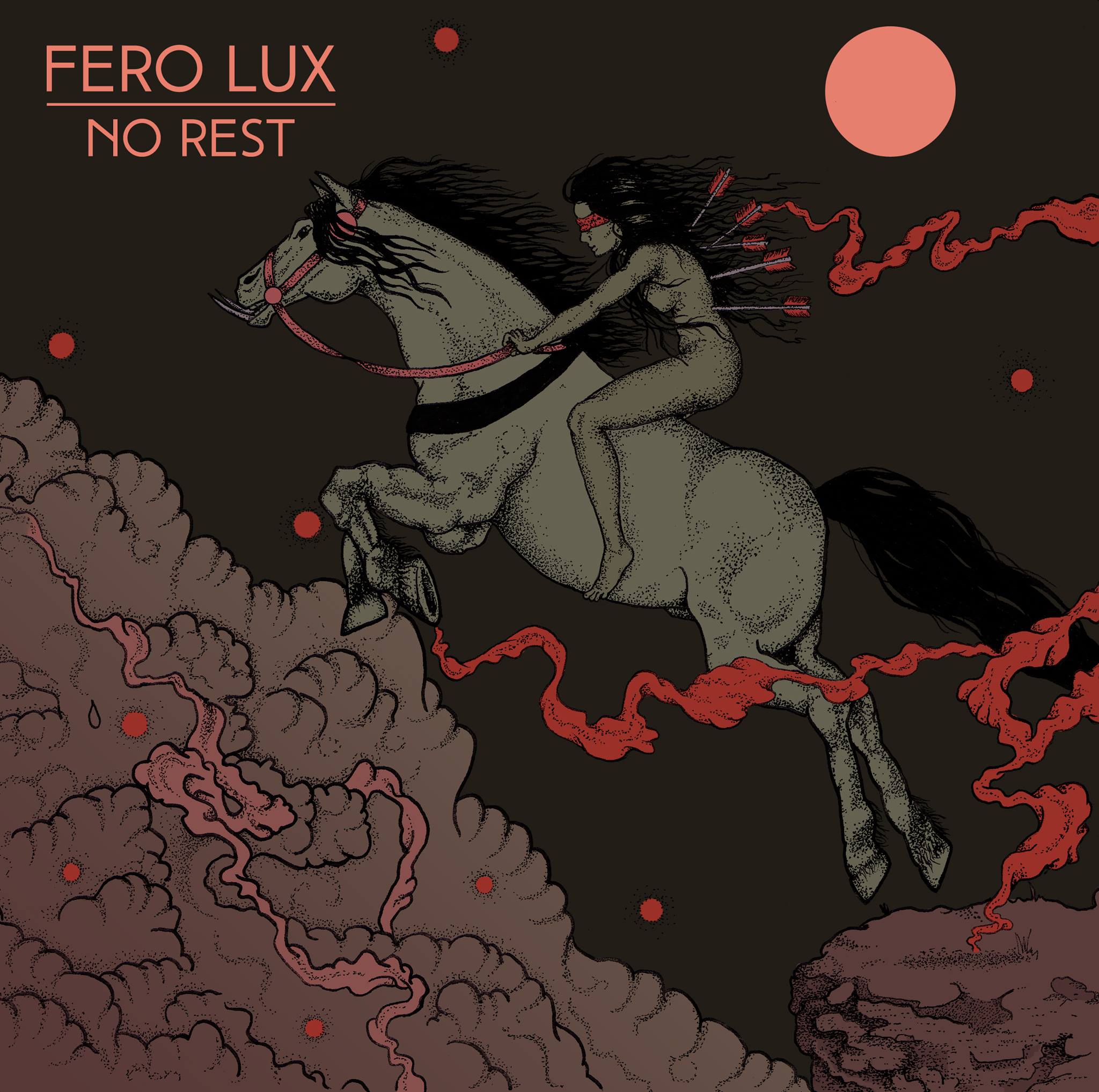 zZ: With your last release being the split record in 2013, this album is a long time coming for you guys. How does it feel to release another full length?

VS:  It is such an exhausting weight lifted off of our shoulders to finally be putting this out. We’ve been sitting on a lot of these songs for so long and can’t wait to get them pressed to something so we can start recording the immense batch of other songs that we’ve written since!

zZ: David (guitars) told us a while back you guys took a new approach to tracking the album, going to a more traditional one-track-at-a-time format. How do you feel this affected No Rest, and is it better for it?

VS: I personally wouldn’t say it’s a better or worse technique to record, though it was a lot of fun tracking the music live for the split release we did a few years ago. I think this time around we tracked a lot more though, far more layers. We just wanted this record to sound bigger and more dreary than our last few. The layering definitely helped add to the overall bleak tone for sure.

zZ: You guys just released a video for the opening track, “No Insignia.” There is some serious imagery going on there, what were you guys going for thematically?

VS: Well “No Insignia” was inspired by the war crimes against Crimea and Ukraine a few years ago. It seems like almost everywhere around the globe there is a turmoil of great magnitude, but I couldn’t imagine being on the end of the gun that most of those people seemed to be on. The song and video are there to show that war is unnecessary and that war is hell.

zZ: Did I hear horns on “Hearse Song?”

VS: Saxophone. Alto to be exact. I used to play that thing in school for seven years straight. I forgot it all and just wailed on it for the end of that song. Also, the end of the song “Comrades,” but on that song I just followed a lead that Dave wrote on guitar so I can’t take credit for that (and thanks again to A. Rotheberger for the sax).

zZ: The lyrics are impressive and very moving throughout the record. It’s clear you have very passionate declarations. Tell us a little about what you wanted to say with this album.

VS: That’s very nice of you to say, my friend! I don’t know, there’s a little bit of everything on this record. There’s so much to observe and write about. If you’re reading this interview, chances are you’re somewhat privileged (some more than others of course) and there are billions of people who face severe adversity every day that we just will never see. I think that’s the main thing I wanted to express this time around. But I also wrote some things about what happens in my city and like I said, some things that are personal.

zZ: You touch on some very serious subject matter. Explain your feelings about the track “I Saw Rats.”

VS: “I Saw Rats” is about finding out someone you considered a friend has no problem sexually assaulting others. Sexual assault happens every single day and it’s got to be hard for someone who’s been through trauma of any kind to wake up daily and deal with it. It’s not fair to those people. And it’s not fair that abusers and rapists a lot of times will have no justice brought to them. It’s a spiteful song. It’s a curse on those who will never learn their lesson. 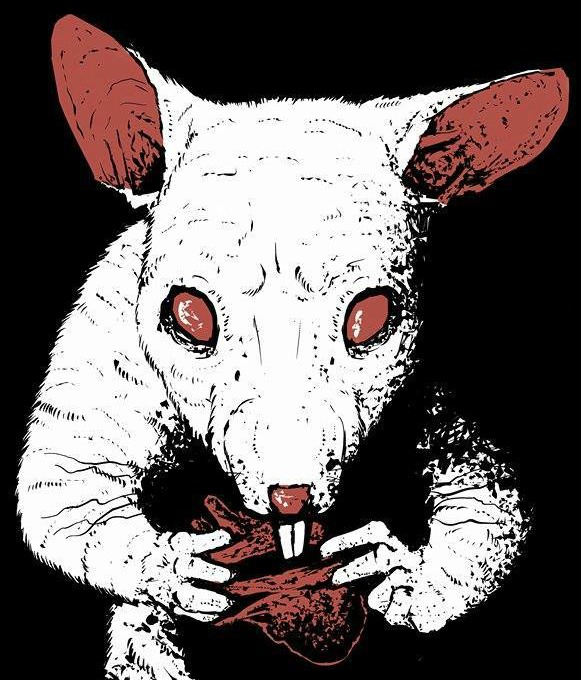 zZ: “Year of the Gnat” speaks to me. What track is your favorite on the new album and why?

VS: Personally my favorite songs would be “Year of the Gnat” and “No Insignia.” They’re both kind of “dynamic” I guess you could say. We don’t usually do stuff like that, so it’s fun to hear something you’ve created that is unconventional for yourself.

zZ: The album is being released by Iron Young. How did you find them?

VS: Iron Young is based out of California. It’s a collective-based label that is helping us out. We’re friends with the owner, Alex, who is trying to spread music he likes to the masses. Big or small.

zZ: This is the first release with your new drummer. How has Nick influenced the writing and the band chemistry in general?

VS: Nick is insanely talented and we’re way too gracious to have him. He picks up everything Dave and Ben throw at him so quickly, so writing has been smoother than ever. He’s a skinny goddamn love machine of a beast.

zZ: You had a fifth member in the band for a spell. Would you guys ever consider a second guitarist again?

VS: Lee! He was our “second” guitarist, yeah. He moved away and all that. We’d definitely consider a new second member (wink, wink… Alex Guy…wink). 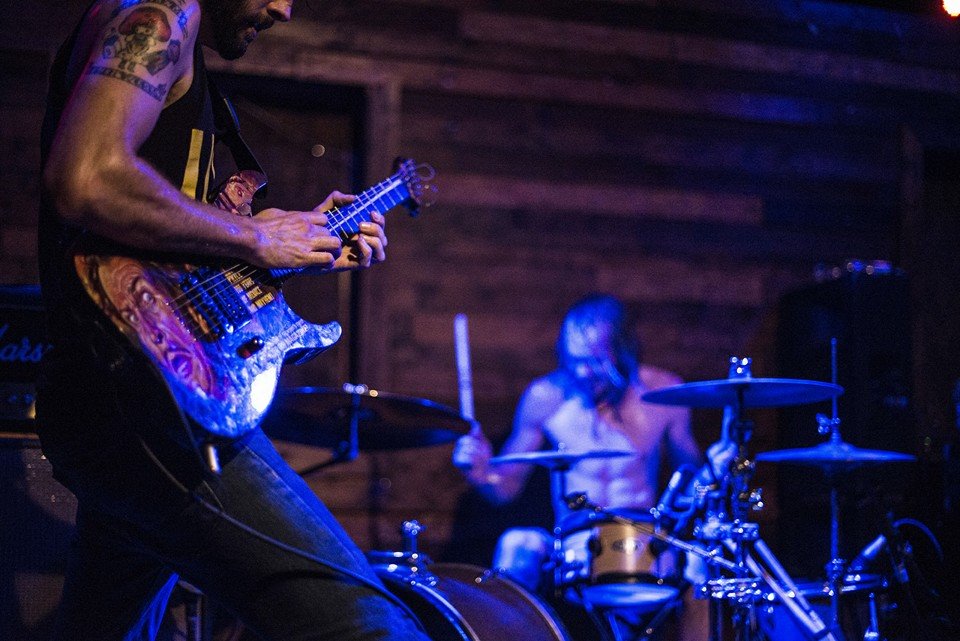 zZ: It was great hearing another take of “The Devil.” What went into the decision to re-record that song?

VS: Glad you think so! We just really liked that song. We like playing it, so the only reason to continue playing a song that didn’t get much promotion in the past is to re-record it and make it semi-relevant for a little while longer. Ha!

zZ: A couple years back, Fero Lux won a battle of the bands hosted by Sumerian Records, which granted you a developmental deal with the label. Tell us about your time working with them, and why you ultimately decided not to pursue a deal further.

zZ: Do you have plans to shop labels in the future?

VS: We’ve never stopped “shopping for labels.” Labels don’t like us, man. We’re not pretty enough. But that’s whatever because we’re grateful as all hell to have our good friends in Soul Jolt from MA who put out our first vinyl. Our friends in Choke Artist from NJ who are putting out our first full-length, Some Divine Ashtray, on vinyl. And our friend Alex from Iron Young for putting out No Rest. We got all we need, baby.

zZ: Speaking of, what made you guys re-release your first full length on vinyl? On what formats will No Rest be available?

VS: I don’t know. A good handful of people have been asking us for it for a long time now. And our friends from New Jersey, Choke Artist, said they wanted to put it out. We couldn’t be more ecstatic with the offer. No Rest comes out on CD and digitally on March 25. But there is a vinyl pressing in mind, that’ll just have to wait a little longer. 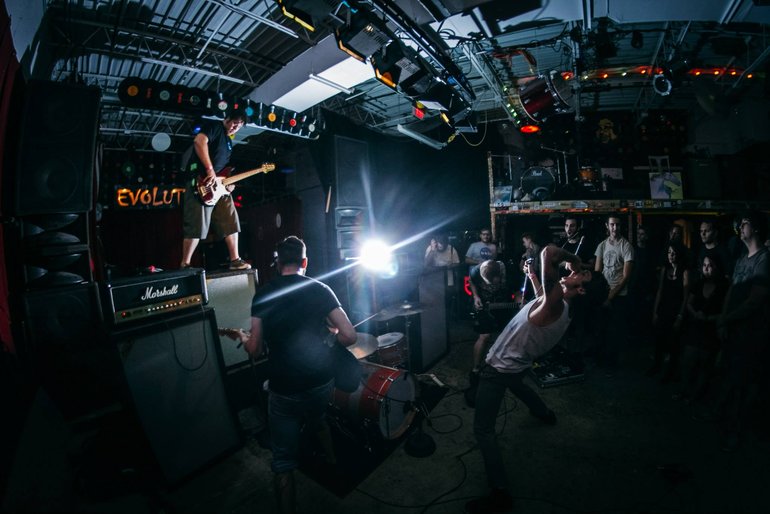 VS: We’re finna put this out, do some Florida runs in April, and keep grinding over summer. Like usual, man. Just like usual.

zZ: The Simpsons or Futurama?

VS: Buy me Bone Storm or go to Hell!