Fero Lux has been one of my favorite bands for a while now. Their recordings will pique your interest and catching one of their live performances will make you a believer. They play with a passion and precision that’s as impressive as it is entertaining. If you have the chance to catch these guys live, don’t pass up the opportunity. But don’t be surprised if they destroy something pretty you’ve been admiring throughout their set. 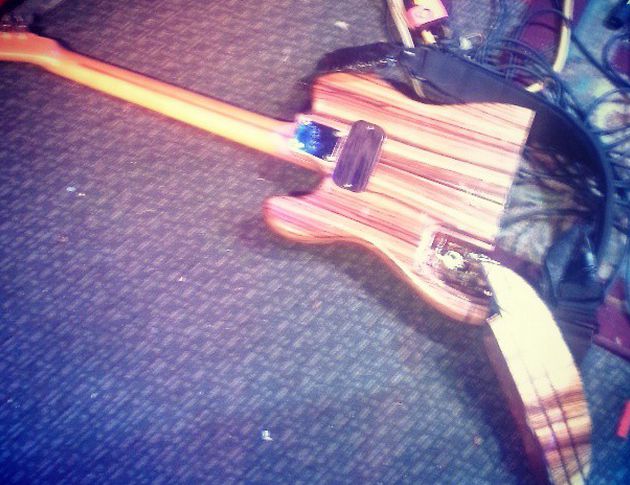 Fero Lux’s focus is certainly on the music they write and the shows they play, but they have a little gear nerd in each of them. So much so in fact that David Paul, guitarist/founder, has started his own cabinet company (more on that to come). Here’s a run down of their setups: 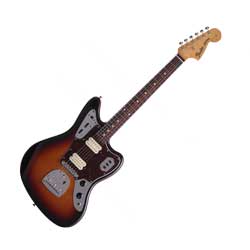 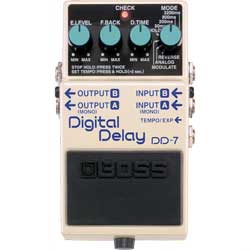 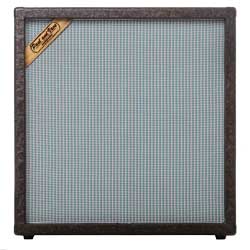 Dave: My live guitars are a Red Ibanez Jet King, stock, an ESP Ltd Vincent Price, with Invader pickups, and a blue pieced-together Strat with Fender samarium cobalt noiseless neck and bridge pickups only. I call this guitar Bernie after the great Bernie Sanders. When recording I’ll break out my black Japanese Fender HH Jaguar. That’s my girlfriend. I play a Marshall JCM2000 DSL50 out of a Paul and Vaos Amplification 312 cab (3×12″ + 1×15″). These are loaded with three Eminence Legend v12s and an Eminence Legend 1518. Sometimes I play two of these live. It’s heavier and has more bass response [than most cabs], which is great for us because we don’t tune down. My pedals are nothing fancy, beaters that get the job done. Boss OC-2, DD-6, and tuner. I also have Danelectro hash browns and a Digitech JamMan for music clips and samples. 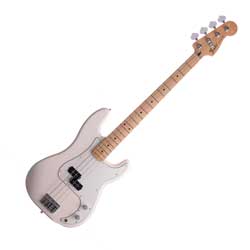 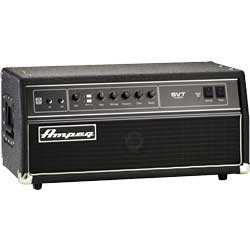 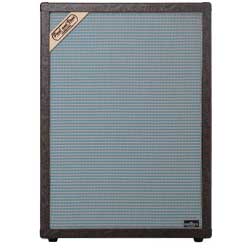 Ben: The bass I record with is a 2006 Fender Mexican Standard P-bass. The one the split EP was recorded with was a 1974 Precision with Lace Sensor pickups. The one I primarily use live is a Squier Classic Vibe 50s P-Bass with Seymour Duncan Quarter Pound Single Coil Pickups. I play an Ampeg SVT Classic out of a limited edition Party Smasher Inc. 610 cabinet by Paul and Vaos Amplification. Right now, my rig offers me exactly the tone I’m after with no fuss. I can plug in my bass, turn up, and get a full ferocious, biting tone with as few pieces involved as possible. 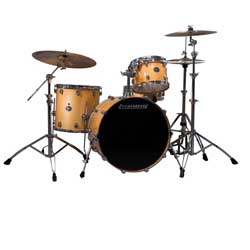 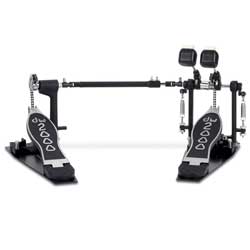 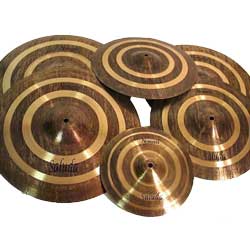 Nick: I play Ludwig shells (except the snare) with Evans drum heads, Hydraulic black and EC2s. I use all Saluda cymbals on Gibraltar hardware and a DW 2000 double kick pedal. The way my kit is arranged promotes ambidexterity, creativity and helps me come up with less-common fills and patterns. It’s suited to my style and body type specifically. 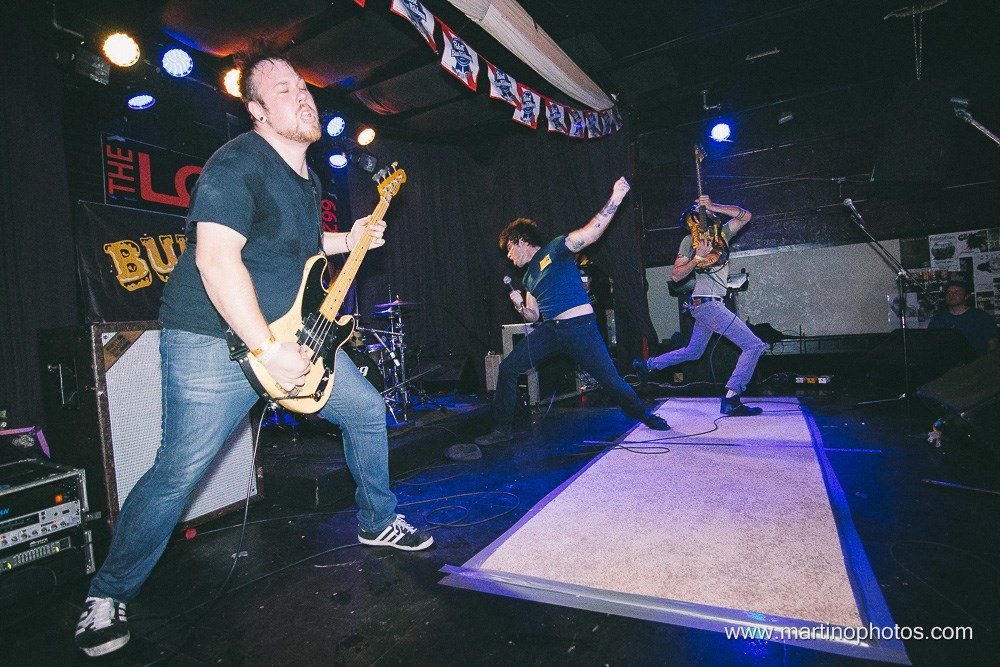 I was also able to chat with David and got a little info on each part of his involvement with Fero Lux and Paul and Vaos Amplification:

zZounds: How did the band get started?
David Paul: I started the band bringing two members (who are no longer apart of the band) from a previous band I did vocals for. I had a lot of riffs I was sitting on. And then tricked Victor (vocals) into joining.

zZ: Tell us about the new album. How is the recording process different from your previous releases? 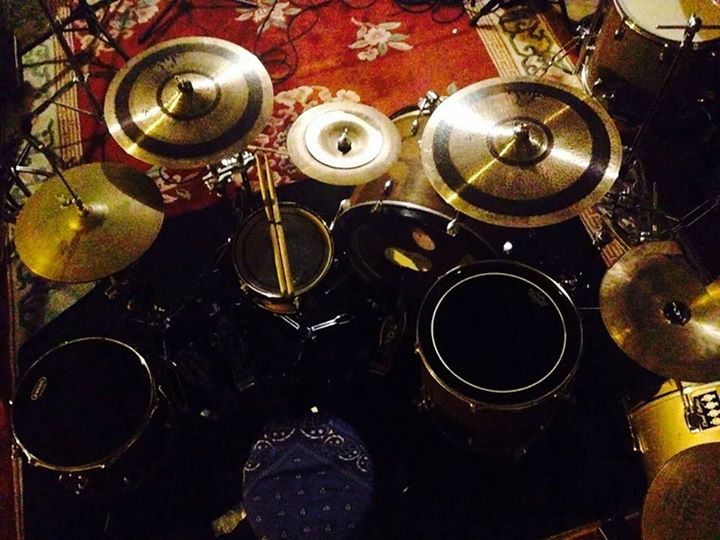 DP: I personally am not a fan of recording, but this time it was very quick, mostly because of Nick (drums). Usually it’s a bit slower and recorded live. We did the traditional recording per track and Nick tracked 12 songs in one day. It was pretty remarkable given the style and complexity of some of our phrases. Nick has been with us for nearly a year and he’s completely dedicated to his craft and it shows.

Ben (bass) has always been efficient as well, and this time was no different. In fact, we all had extra time to elaborate on certain melodic parts and get some good production done. The writing was quick too but we actually have been sitting on 17 new songs for a while with only two of those being written in the past six months. We had waited on recording them because we had some label issues. But it’s been a long time coming. Two years since our last LP. Can’t wait to show you guys.

zZ: What’s your favorite song to play live?
DP: Lately I personally like playing “The Wires That Hang.” It’s got some spaz in it but it’s mostly groove. And the subject of the song gets me going.

zZ: What are the band’s touring plans?
DP: We are taking a weekend trip starting on August 20th, playing in Florida, Georgia and Alabama. And we have plans for a longer tour in November. 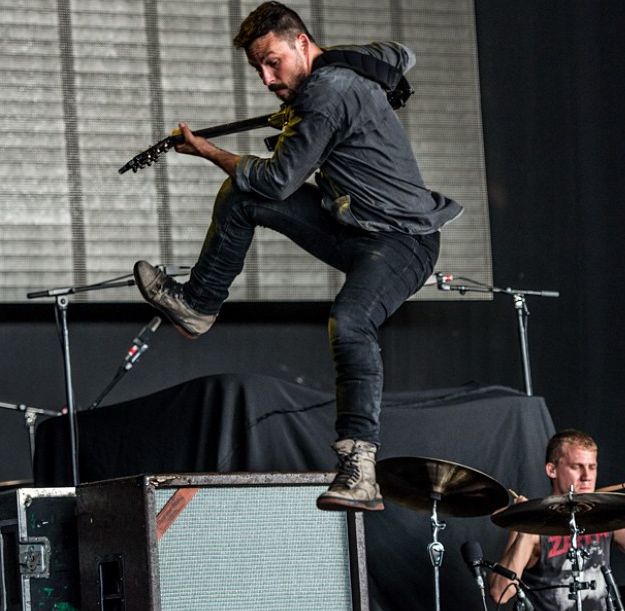 Ben Weinman of The Dillinger Escape Plan with his Paul and Vaos cab. Credit: DEP instagram.

zZ: Tell us a little bit about your amps and cab setup.
DP: I make amps and cabs with the company Paul and Vaos Amplification. The heads are hand-wired and cabs are hand-made. We also make cabinets for Party Smasher Inc., a company owned by guitarist Ben Weinman of The Dillinger Escape Plan. Our sponsored artists include The Dillinger Escape Plan, ’68, Listener and Fero Lux. We just launched our website and are hopefully going to take over the world (haha). We have two additional amp heads on the way that are in research and development that we can’t wait to get out there. We are about to embark on a marketing plan that will help us grow fast and get product out. Keep your eyes peeled!

Keep up to date with the band:

Sumac - The DealCitizen - Everybody Is Going To Heaven