This month, we’re plugging in the stripped-down Fret-King Esprit I and the gain-heavy Walrus Audio Iron Horse Distortion for a relentless riff session.

This month, we’re finally pairing up two pieces of gear we’ve had our eyes on for a while now. Ever since the Fret-King Esprit I showed up at zZounds HQ a few months back, we’ve been wanting to take it for a spin with a worthy distortion pedal. Its stripped-down design, with a single WP90SK pickup and wraparound bridge, lends itself to hard-hitting rock ‘n’ roll. The reverse headstock provides the extra string tension needed for stable down-tuning, so you can dial in all the thunderous low end you want, and still maintain comfortable action while staying in tune.

Trev Wilkinson, the founder of Fret-King has been in the game for a long time, mostly as a high-end part builder. His patented trem has found its way onto quite a few killer guitars, including several in the current Reverend line, but I wouldn’t say that I ever associated anything he’s done with heavy music — until the Esprit I. Picking this thing up just makes me want to have a wall of cabs behind me with some nice fuzzes and OD pedals at my feet to choose from. 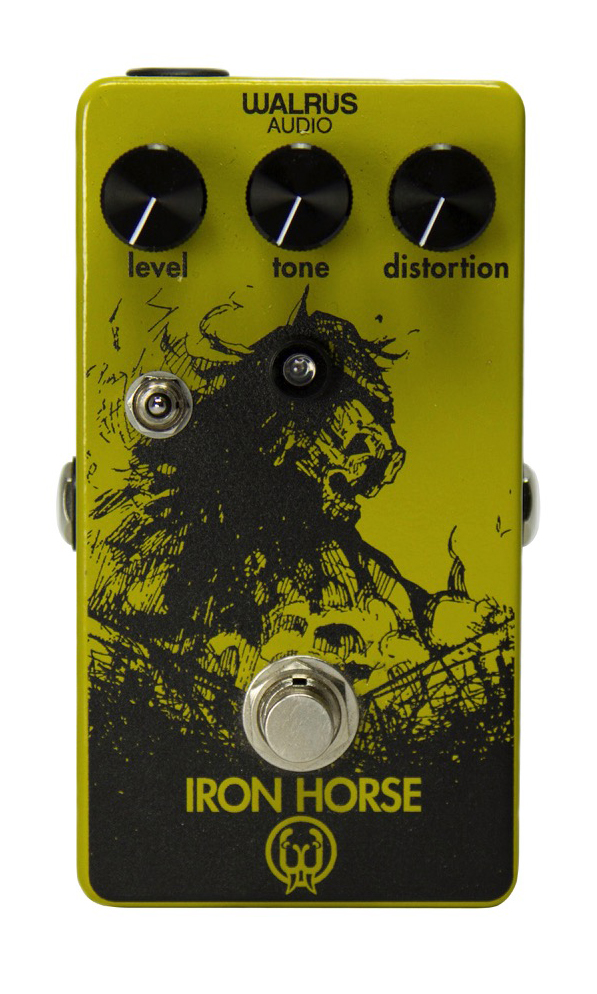 For this edition of Perfect Pairings, we paired the Esprit I with the Walrus Audio Iron Horse Distortion. This three-knob pedal packs a serious punch when it comes to gain, but can also be dialed back for thick, warm overdrive. Aside from being some of the nicest guys in the business, the people at Walrus constantly impress me with everything they put out. This pedal is a mainstay of theirs and I see it on pedalboards everywhere — it even sounds great on bass! To me, the secret to its popularity is in its simple versatility. Packed into the small enclosure are three knobs for level, tone and distortion, as well as a toggle switch that controls the pedal’s three different distortion modes. Playing with the three-way toggle switch changes the clipping diodes that are engaged within the pedal for three different distinctly shaped distortion tones. We found that this pedal really played nicely with the WP90SK pickup on the Esprit I, bringing out all the raunchy character and overtones for some seriously punishing rhythm guitar work.