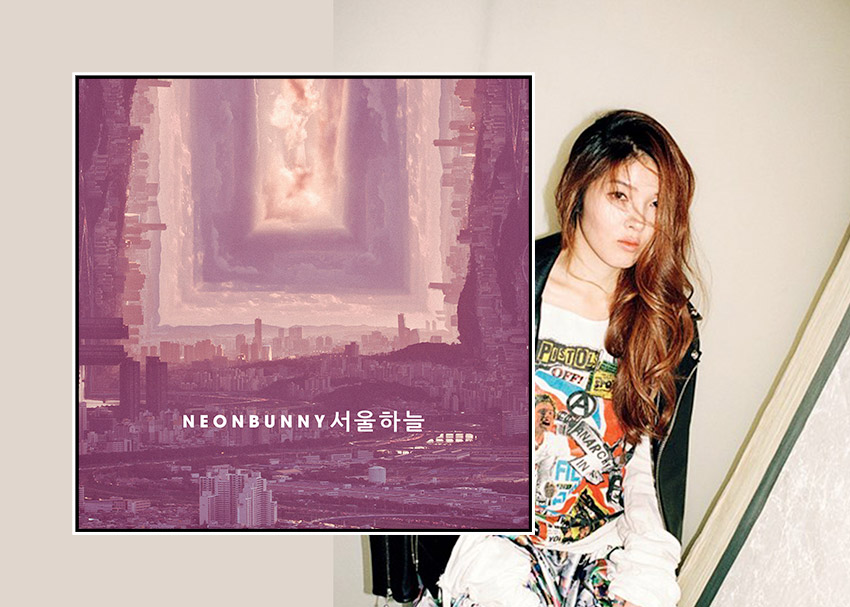 Though we’re already two months into 2016, I’d like to take some time out to note two releases that struck the most chords with me last year. Without a doubt I’ve been gobsmacked by my favorite single of 2015: Neon Bunny’s 서울 하늘 Romance in Seoul, and it’s the first release I’d like to talk about. How come?

I fully believe that some of the best pop music coming out doesn’t come from our shores anymore. It’s not a warning, or a call to arms, but a call for understanding. All these styles that we in the Western world tend to easily slot into EDM banks, R&B banks, Rock banks, or some other, perhaps without some of the same baggage we seek to get rid of, are being reimagined as small ingredients to a bigger pot we’ve yet to fully taste. Of those that have done it, none have done it more successfully in the last few years than the Korean artists creating kaleidoscopic pop music.

That’s where my comfort lies, in this realization that we’re at the cusp of something. It could be fresh perspectives that are taking what could be colonial musical styles, the kind pushed by our mainstream music channels, into unheard-of realms where people are now able to stake out their own worth and add value to this art form we seek to dominate all the time. Somehow, as their music grows exponentially in process and emotion, so does our ability to add new hues from their exploration.

It’s this spur to “make it” that has driven many K-Pop groups like Big Bang, or Girls Generation, to give way to mercurial artists like G-Dragon, Hyuna, or CL who give you the sense that they are always one breath away from triggering musical movements that could be revolutionary. In fashion and on television, one doesn’t need to draw many conclusions that one wouldn’t get by going back in time (or scouring YouTube) a bit to notice how certain trends we’re now couching had a lot of their seeds planted in the risks artists like these had been taking years ago. Hearing a track like “Gangnam Style,” however myopic it is, clues you into this phenomenon.

Whatever has been taking all of Asia, and slowly, a lot of Western nations by storm, has been calculated to a point by huge production houses like YG Entertainment and S.M. Entertainment that dictate the lives of whatever artist they’re pushing under their umbrella. In a country, with growing unemployment and a looming recession, these houses of music filter out the select few of many competing to “make it” as the next K-Pop star. For every trailblazing pop group like f(x) or Akdong Musician that has genuine personalities and ideas, there are tons of groups that exist to ride on stylistic coattails of whatever flavor of the month a small dime, fly-by-night K-Pop label pushes them to make a quick buck with.

Now, slowly, K-Pop artists are realizing this ridiculous cycle that repeats more often than not in this new, growing, musical market force. If you’re going to make it in this exponentially influential and powerful scene, it seems like you need to have all of this: the songs, the image, and the personality, to be a powerful brand that can be easily commodified anywhere. But where does this leave room for Korean artists whose music is pop, but of a decidedly different flavor? On our shores, we’ve already fought these battles for independence, but what do you do in a country where venture capitalism (under a different guise) nearly forces your hand to submit to succeed? You create music and take risks like Im Yu Jin does.

Floating around the K-Indie scene, Im Yu Jin started off by playing keyboards for The Black Skirts. Sometime in 2011 she parlayed that into taking a stab at her own career under the alias of Neon Bunny. Taking a different path than most Korean female musicians, she used the same tools we have in the States to self-released her first album Seoulight on Bandcamp, and through the quality of her songs, found a way to beat artists pushing millions in sales like IU and PSY for Best Pop Album of the year. Although the album itself was lacking in overall quality, there was a certain refreshingly accessible homespun feeling in her sound. Normally, the course for these artists would be to parlay that success into a major label deal. Rather than do this, Neon Bunny realized the power of what she just did. In Korea, of the indie scene that exists, an infinitesimal small part of it is indie-pop. Rather than turn back on this freedom, she doubled-down.

NEON BUNNY’S “OH MY PRINCE” FROM THE HAPPY ENDING EP

Seeking to experience the world outside of Korea, she spent some time in Boston, studying at the Berklee College of Music. In America, seeing first hand the thriving DIY-scene exposed her to an ethos and style that had no parallel in Korea. Upon returning, rather than sign with a major label, she formed her own artist collective and label called Doggyrich to promote acts and gigs for K-indie pop acts like her trying to find their way around this third way to “make it”. When she released her Happy Ending EP finally what were slight attempts at modern pop became more fully-formed ideas of where she could potentially take Korean pop. It was still derivative, in a way, with American Indie Electro-Pop, but in songs like the smash single “Oh My Prince”, with lyrics like “get the f— out of my life”, she was starting to express things other K-Pop artists wouldn’t. Its “Oh My Prince”, with its certain refined sound, that caught the eyes of influential American K-Pop tastemakers like Eat My Kimchi who shouted her out as one of their favorite artists…and in essence got her noticed in America as one to watch.

Little by little, as a listener, you could sense that her taste level was dramatically increasing with each collaboration or push she made for other artists. This all started around 2013, whether tweaking French Disco-motives for K-Drama soundtrack work, like she did for the My Secret Hotel or her brilliant side work with Los Angeles producer Spazzkind in Daytime Disco that toyed with Alt-R&B, Neon Bunny was starting to tap into a style of pop music that was starting to go beyond mere catch-up. The turning point would be this song though, the one that stunned anyone who was wondering what was next for K-indie’s unofficial pop queen and that was “It’s You.”

Removing all the artifice and unneeded adornment that her previous releases had, was this forward-thinking slice of lived-in K-pop. A single released two years after her EP, it gave her fans a taste of where she wanted to go. Open in ways much K-Pop isn’t supposed to be, its skittering production hinted at new places other genres like post-grime, glitch-house and anything post-dubstep that few artists outside of Korea were even thinking about venturing to, could be dabbled with in “pop” ways. It’s this song that surprised many to see Neon Bunny successfully deliver. When it was included in 2014 alongside now ginormously successful artists like f(X), 2NE1, and others in Pitchfork’s Top 20 list of Essential K-Pop Songs one could knowingly understand the reasons why. In our year, when you could easily slot in this track on any album from CHVRCHES all the way to Kelela and it would both rival (in quality) and complement (in style) whatever album it would land in. That’s what makes Romance in Seoul my track of 2015, so singular…it’s something no one but Neon Bunny could do.

This romantic ballad finds the worth in Korea. You hear it in its lyrics intoning entirely in Korean “Even if this isn’t Tokyo so close-by/Even if this isn’t fancy London/Even if this isn’t New York with its tall buildings/I love the Seoul sky that we met under”, you feel it in the sublime music that forges forgotten Korean folk with unplaceable sonics, and then you sense it in the half-imagined memories of a Seoul we may not yet fully conceive of. It’s a song that goes beyond romance and becomes this truly gorgeous ode to a promise that we’re on the cusp of seeing fulfilled. Now, I can fully understand the reason Im Yu Jin took inspiration from Dinah Washington’s reimagining of Rodgers and Hartz classic “Manhattan” for this track; it’s the promise of which you hear of some here. It’s why everyone keeps asking her when the next album will drop. Lord knows its only a matter of time before she takes Manhattan too…