Iconic Rigs on a Budget is a companion to our Iconic Rigs series at zZounds, where we show you the gear of legendary guitarists. Here on the zZounds Blog, we’ll help you get really, really close to that sound without blowing your tour budget. This month: get the Brown Sound with just a single pedal! (Hot licks not guaranteed).

Eddie Van Halen has secured a legacy as one of the most groundbreaking guitarists of the 20th century, influencing millions with his clever blending of blues and hard rock with pop sensibilities. Upon release of Van Halen’s eponymous debut album in 1979, rock guitar was changed forever with droves of guitar players attempting to emulate EVH’s ferocious licks and showmanship. These days, though it’s certainly easier to tap into his signature techniques (pun intended), it can be difficult to get his tone just right. 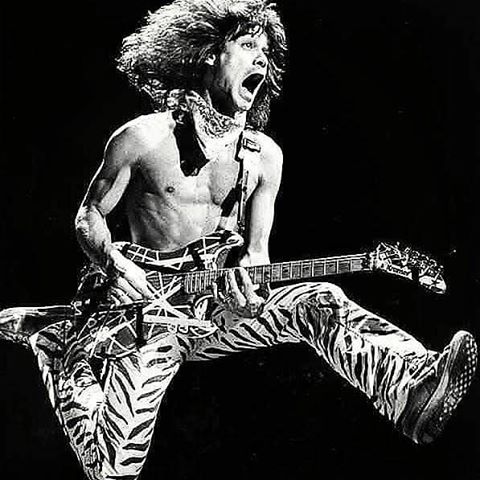 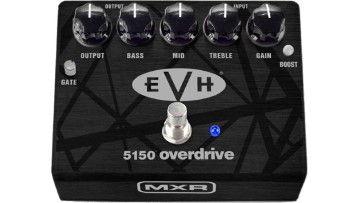 The MXR EVH 5150 Overdrive is an amp-in-a-box pedal, but it’s one that actually delivers on its promises by nailing EVH’s sound. So much so, that the unit even does a pretty good job of reacting the way a dimed high-gain amp would. The really useful feature though, lies in the fact that little else is needed in your signal chain in order to get the brown sound. When I was cutting the demo video we shot of this unit, we used a few different guitars (Ibanez/Gibson/PRS/Fenders) through a variety of amps (Deluxe Reverbs, PRS Archons, even an old Silvertone) with surprisingly accurate results. The running gag we had around the office was that it gives you everything you need but the actual guitar skills to make it happen.

Because of this, I really had fun experimenting with the 5150’s more sensitive tone controls and the fact that it also includes a Boost button that adds more level and compression, as well as a noise gate that is adjustable in case the pedal introduces too much unwanted noise and feedback and makes your sound a little bit too hot. Then again, it IS Van Halen tone we’re chasing after here….

Another thing worth noting is that in case you didn’t want to nail the EVH sound with it, you can use this pedal to liven up more tame rigs and dial back the gain and output knobs in order to get more general rock tones. It’s purely up to you and your personal preferences. You can even roll back the gain almost entirely and get a pretty nice clean boost out of it due to the insane amount of output on tap (pun intended again). All in all, in my opinion this pedal was a surprising success – and this is coming from a guitarist who usually steers clear of pedals like these having been burned in the past with a few. I do own this pedal and am happy to have it.