Citizen – Everybody Is Going To Heaven 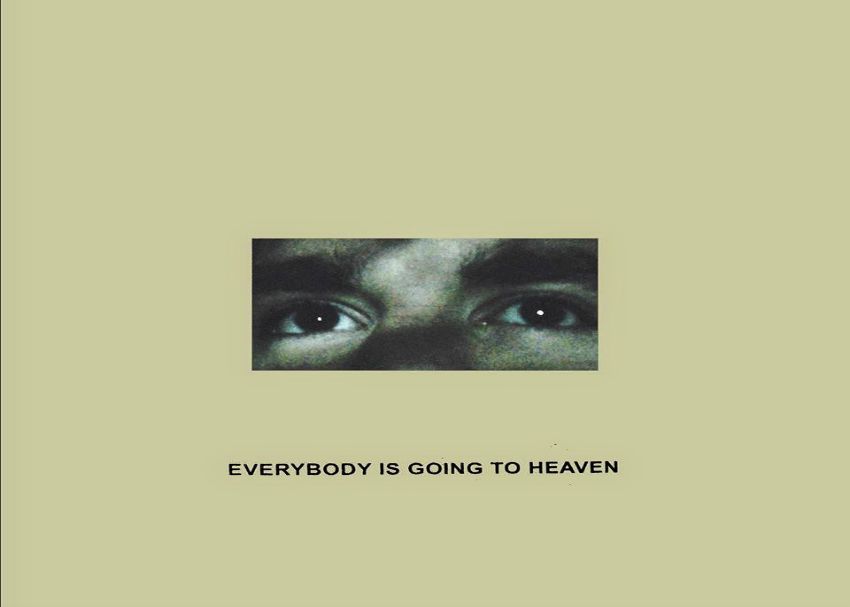 I’ve been anticipating Citizen’s new album Everybody Is Going To Heaven for far too long now. After the release of their freshman LP “Youth” I was hooked. It was Matt’s soothing vocals laid over the heavy overdrive/Tube Screamer riffs that caught me. They were able to blend grungy punk with a serene pop sound very well. Citizen was hitting some of the same vibes as bands like Basement and Superheaven, which I was super into at the time. The release of “Youth” almost instantly became a massive hit, the word spread fast about this new up-and-coming band, (who were super young at the time) and people everywhere were hooked.

When I first heard the sneak preview of the single “Cement” I was a little shocked–in a good way. I was sort of expecting a tight and controlled sound like the last album; with some alterations of course. This time around, Citizen took a darker, more experimental route. “Cement” brought out the fat/heavy bass riffs, with massive sounding drums. They also piled on thick guitar tones and noisy leads. After the full album was released, I noticed that a lot of those characteristics were carried throughout. However, Citizen’s indie/emo side was able to creep its way through with tracks like “Heaviside” that brought you soft vocals with twangier guitars. This song is placed perfectly in the album. It takes a step back from the chaos and gives you a minute to breath. For the most part, their experimentation and willingness to step out of their comfort zone (instrumentally) was the main aspect of this album. However, producer Will Yip was able to keep them grounded. His ability to smooth out edges within songs is evident in this album — all of the tracks have a solid and consistent structure. You also can’t help but notice the influence of Brand New’s album “Daisy” while listening to this. Citizen brought those empirical, eerie guitar riffs (displayed in tracks like “Cement” and “Stain”) that were a staple in Brand New’s last album. Another great influence that emerges in this record is Nirvana’s album “Bleach.” They were able to tie in many of the dark and poignant aspects, both instrumentally and vocally, that you can link back to this record.

The instrumentals for Everybody Goes to Heaven weren’t all that producer Will Yip helped on. Vocalist Matt Kerekes exposes his vast and dynamic vocal range with this new album. He has a voice that allows him to cover so many bases. In the track “Dive Into My Sun” he comes across with more of a soft-spoken tone. His vocals give off a very relaxed and calm vibe, while an underlying haunting demeanor seems to be inevitable in his style. However, when you start to hit tracks like “Stain” and “My Favorite Color” Matt’s hardcore roots start to really show. The forcible, angsty vocals (somewhat similar to his hardcore side project “Power Wrench”) are a good representation of how Citizen approached this album: to write whatever they felt like. It seems like they weren’t trying to fit a certain mold, or follow any trends. You get the vibe that they just got into a room, and started jamming.

What I find interesting is that there are so many bands that get softer (musically) as their albums start to pile on, which is fine. Plenty of good bands come out of that. However, Citizen strayed from that and dove in a different direction, going out of their comfort zone to create an album that’s unlike anything they have written. Once again, the influences from Brand New’s “Daisy” can be referenced here. Brand New started off as a pop band, but as they continued to write more albums, they began getting darker and heavier. Then “Daisy” hit and changed the game. Brand New revamped their style and created something totally different. Citizen has done the same thing. Although the difference here is that Citizen is just starting off. This is only their sophomore album. Who knows what’s to come next.