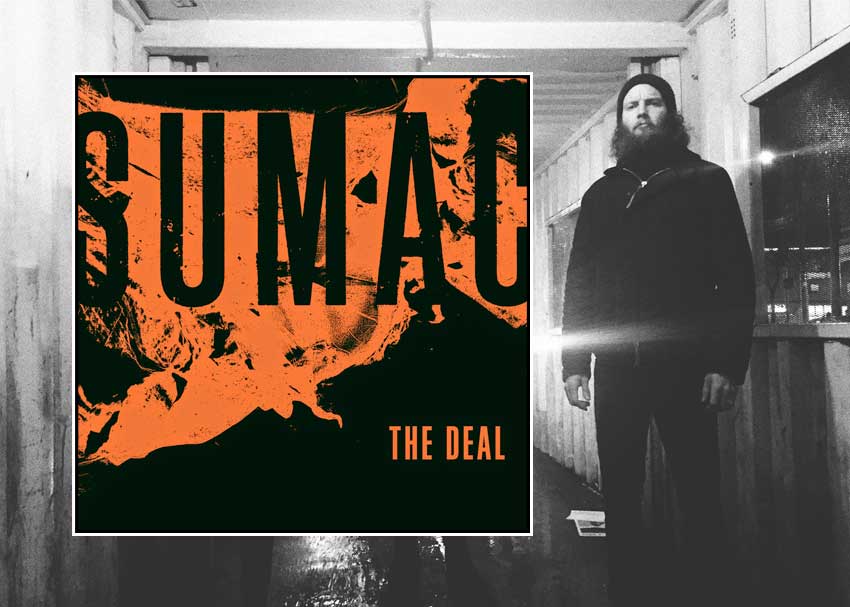 With Isis/Old Man Gloom frontman and Hydra Head Records founder/owner Aaron Turner at the helm, Sumac has its roots dug deep into the metal underground. In the wake of Isis disbanding and Hydra Head closing down, Turner spent some time with various side projects like Old Man Gloom and the black metal studio band Twilight, but eventually started up Sumac. Enlisting Baptists drummer Nick Yacyshyn and Botch/These Arms Are Snakes/Russian Circles bassist Brian Cook, he rounded out the band, and has created somewhat of a metal supergroup.

Isis, and in turn, Turner, are known for the use of dynamics, hitting you with a pounding, straight forward riff, and then dropping into a atmospheric swirl of clean, delay- and reverb-soaked guitar lines. Sumac on the other hand, comes at you like a caged animal, pacing in a circle before it lashes out. The songs are raw and powerful. Turner churns out harsh, angular riffs that climb over Yacyshyn’s chaotic drumming all over The Deal.

Everyone in the band though their own things to the table. Yacyshyn’s spastic playing style sends him all over his kit, treating the drums like a lead instrument. there are times on the album where the drums take focus and completely steal the spotlight. On the other end is Brian Cook, known for his rock solid bass playing. In a genre where many people just want to shred and end up over-playing, Cook is the type of player that knows when to keep it simple. In the heat of Tuner’s chaotic guitar work, Cook locks in and pounds away on simple, but catchy bass lines. That being said, his time spent in math-metal pioneers Botch isn’t forgotten and he definitely has a few surprises up his sleeve.

“Thorn in the Lion’s Paw” opens quietly, with a few notes hammered out on a piano and a simple, rumbling guitar riff. Things keeps building and by the time Turner’s gravel-throated death howls come in, you realize just how menacing and hellacious things to come will be. The track slowly winds down, and by the end you are within a vortex of sparse piano notes, disjointed guitar riffs and ambient howls. Sumac knows how to pace things, and before you know it “Hollow King” starts and you’re right back into it.

My only qualm over The Deal is with the ambient intro and outro tracks. I am all for using a few minutes of ambience to set a mood. Done correctly, starting your album with a slow, ambient build rather than an instant riff-attack makes things feel that much heavier once it does it finally kick in. The problem is that this intro track builds and falls, only to lead way into another track with a sparse, atmospheric build-up. Building into another build doesn’t naturally flow and takes away from the power of it.