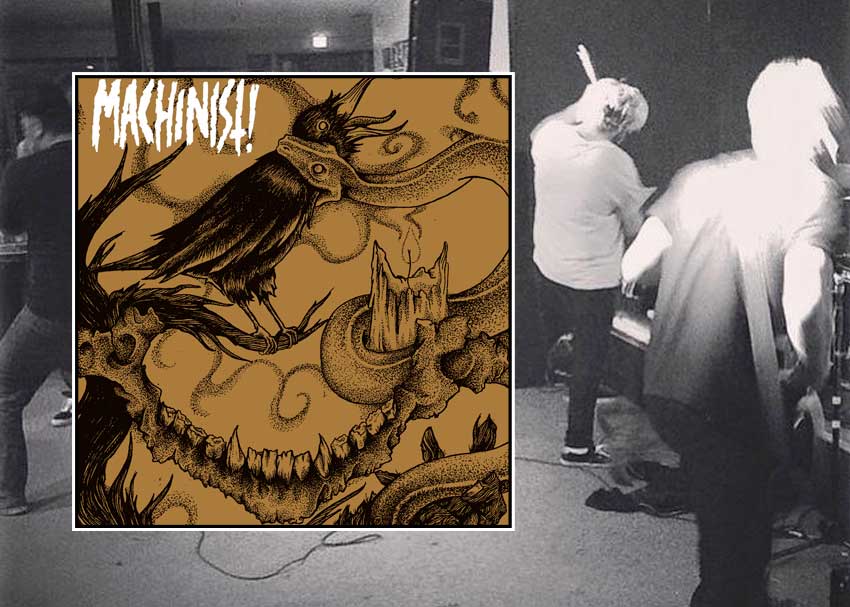 Machinist! are one of those super hard-working bands you hear about from time to time. I met them from my own band’s touring through the Southeast, where they have a huge influence on the region’s hardcore/DIY ethos. They have earned their way into the Eulogy Records family and have played in more cities the last few years than most people will visit in a lifetime. Their first full-length, Pronegative, is a wonderfully flowing album that highlights everything this band is about.

While this is the band’s first LP, they have a number of previous releases. As you may expect, the new album is a little different from their past works. Not only has the quality of the recording improved, one of the main differences, according to vocalist Jeff Hill, is the quality of the writing. Hill says the record “is by far the best well rounded stuff we’ve ever put together.” I couldn’t agree more.

Pronegative starts off with “Holes” and a wall of feedback. It’s a versatile punk song paired with a bass-driven breakdown that fades right into “Apathy Excuses None” — a riff-heavy tune with deliciously dirty bends that truly sums up the album for me: Machinist! is not going to play typical hardcore for 22 minutes straight, but at the same time they do stick true to that part of their sound.

Talk about a heavy-hitting opening to an album. Track three, “Constant Consternation,”  has to be my favorite, and it nearly breaks my heart that it’s only 34 seconds long. However, the album is so seamless that you can hardly tell when the next song, “Take,” gets rolling — they just downshift and keep moving.

In songs like “Numb” and the title track “Pronegative” Machinist! really change it up with alternating tempos and catchy riffs, tripping up the constant-headbanger, which makes this contributor smile. My grin does not falter when “Malnourished Trinity” starts. Featuring bassist Cameron Donnelly on vocals, it’s a beautiful midway point for the album. The sludgy interlude highlights the band’s range and shows they’re not afraid to dip their toes in other heavy genres, providing a little breather from intense hardcore riffs and blast beats.

They really change gears shortly after that starting with “Black Hole,” and crush four songs in less than three and a half minutes. The last two tracks are perfect, starting with “Ashmouth” — an epic, emotional tune that sets up the hard-hitting closer, “Consequence” without fault.

The album is incredibly well put together and worth the time of anyone interested in aggressive music. You can listen to/buy the album in full here, and you can see Machinist! touring around the country constantly.