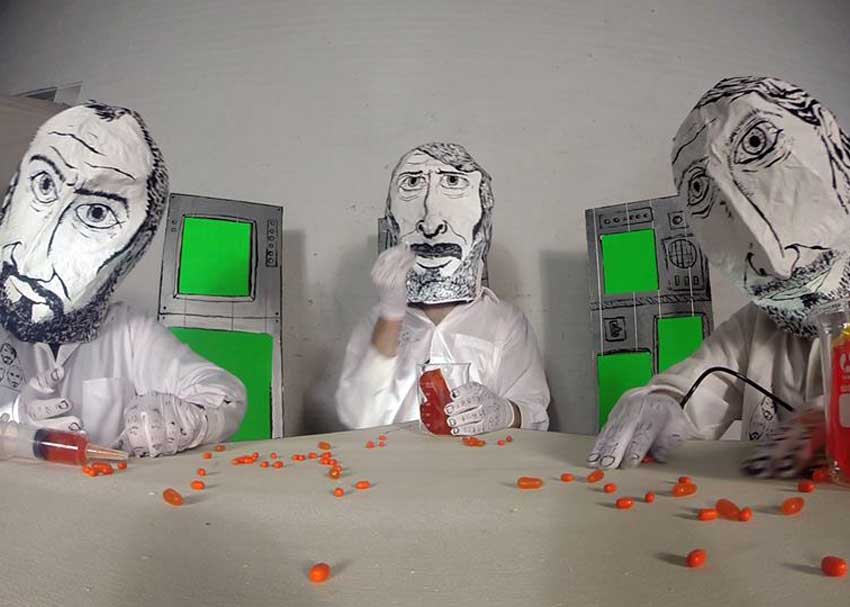 Formed in 2003, Chicago’s Sweet Cobra have been hammering out hard hitting post-hardcore for over a decade. Their first full-length in five years, Earth was recorded and produced by Matt Talbot of Hum and Kurt Ballou of Converge. Listening to the record, the elements of both bands are clearly present. While the label post-hardcore definitely fits, Sweet Cobra are much more. Over the years, their sound has softened some, maturing from the hard-hitting 4/4 hardcore of earlier albums, but they haven’t lost their edge. Clearly these guys grew up as bored punk-rockers, pressing their heads against the stereo as Jesus Lizard and Black Flag records spun. That influence is undeniable: the same aggressive, angular, Jezus Lizard tone is everywhere on the album, and the powerful punk spirit and ethos runs through the band, but that’s only the soil they’ve grown from. Sweet Cobra pulls in elements of sludge metal, hardcore punk, and more, mixing it all together with a refined sense of harmony and song structure.

There are moments on the album where it feels like Sweet Cobra could be a spinoff from Breather Resist, traveling down the path Young Widows was on with their album “Old Wounds”. The opening track “Far Too Temp” and “Flight Risk” buzz with the same angry, dissonant tone of someone who’s had enough, and is on the verge of breaking. Juxtaposed to that, Sweet Cobra takes a page out of pop-metal pioneers Torche’s book at times, building up a wall of churning, downstroked power chords that flow through a melodic, pop structure. The track “Stiff Fits” bounces along with an almost happy-go-lucky attitude, and the the closing track “Walls” ends the album on a more positive, optimistic note. Leaving you with a soft, finger-picked acoustic guitar, a ringing in your ears and a feeling of light, melancholy hopefulness.

Earth is an album that can only come from a group of tight-knit, well-weathered musicians who have sweated it out on the road together, making music for their own enjoyment, and not to find fortune or fame. Whether you like the album, or not, Sweet Cobra will soldier on.