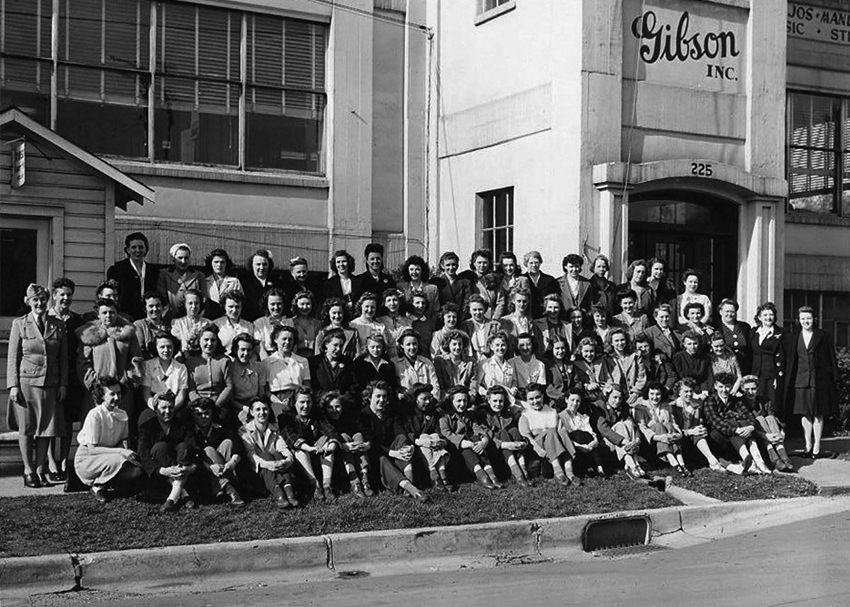 The “Kalamazoo Gals” in front of the Gibson factory in Kalamazoo, MI circa 1944. Photo Credit: Guitarkadia.com.

Gibson’s 2016 line of acoustic guitars features plenty of updates — some are designed to suit the modern player, as in the Progressive series. Others are made for history buffs, like the thermally aged tops on the Vintage series. One “update” in particular is actually several decades old, and has quite the story to tell.

If you look closely at the headstock of a 2016 J-35 or J-45 Vintage, between the classic Gibson script logo and engraved 2016 truss rod cover, you’ll see a small banner logo with the phrase: “Only a Gibson is Good Enough.” It’s a phrase the company has used on campaigns over the years, but its prominent placement on 2016 acoustics begs the question: where did this slogan come from?

Everyone knows Rosie the Riveter, but what about Lucy the Luthier?

During World War II, Gibson, like many American manufacturers, needed to adapt. Guitar production waned as Gibson used its assets and expertise to produce military equipment. With a large portion of its workforce off to war, Gibson turned to women luthiers to craft fine acoustic guitars in its then-headquarters in Kalamazoo, MI. It’s a story that has been uncovered in recent years by the work of Quinnipiac University law professor, author, and guitar buff John Thomas. In a recent interview with Connecticut news network WTNH, he sheds more light on the topic, dispelling the notion that Gibson’s guitar production was halted during the war. 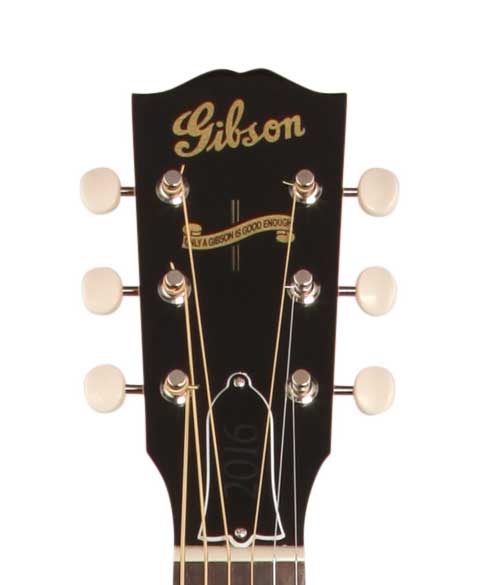 Headstock of a 2016 Gibson J-35 featuring the banner logo. 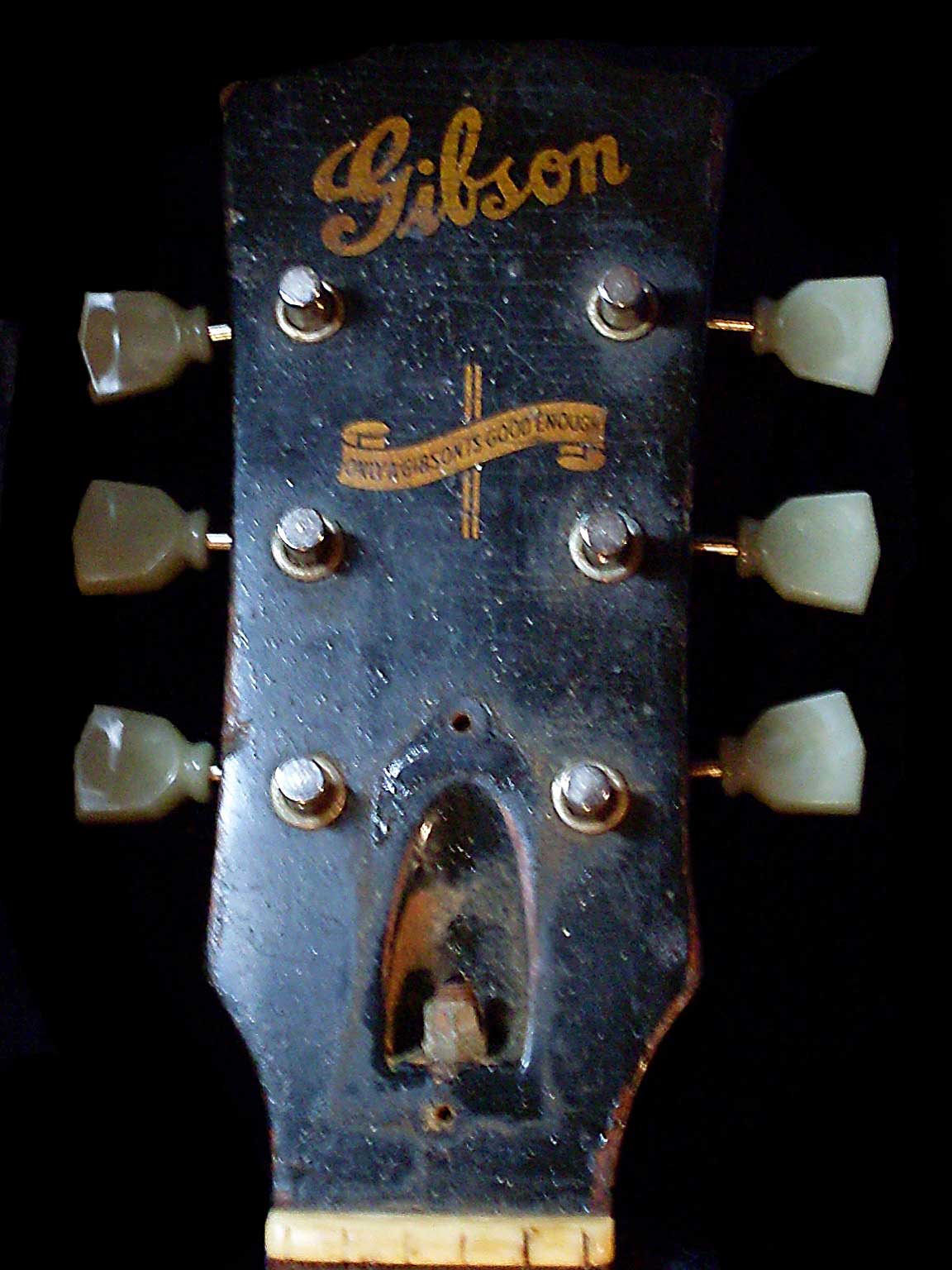 Headstock of a WWII-era Gibson L-50. Guitars featuring this banner, proclaiming “Only a Gibson is Good Enough” were made between 1942-1945, and were likely worked on by women.

Thomas contends that despite Gibson’s longtime claim that no guitars would be made until “the boys came home,” his research of Gibson records shows that nearly 25,000 Gibson instruments were built during the war. Thomas theorizes a possible reason for these claims of a production halt: Gibson was concerned its largely male audience would not be interested in buying guitars built by women.

But It was those women who crafted what are now known as Gibson’s “banner guitars:” the “Only a Gibson is Good Enough” decal was only printed on guitars made between 1942 and 1945. The message of that slogan can only be speculated on today — however, Thomas says it contrasts with Gibson’s advertising up to that point, which often consisted of flowery descriptions of an instrument’s tone and beauty.

Thomas met several of the “Kalamazoo gals” during his research, and is more than convinced of their skill.

“Each woman I interviewed — and I chatted with a dozen — had, of necessity, sewn, knitted, crocheted, and done needlepoint,” Thomas said. “Simply, put, the workforce that walked through Gibson’s factory doors in Kalamazoo in January 1942 was its most skilled in history.”

Upon the war’s end, men returned home and reclaimed their jobs at Gibson. The company’s most storied era would come in the next decade, and a signature guitar model that would change everything was just a few years away). But World War II can’t be overlooked as a significant time in Gibson’s history, nor can the contributions of these female luthiers.

Hear the “Kalamazoo Gals” describe their experience at Gibson in their own words: