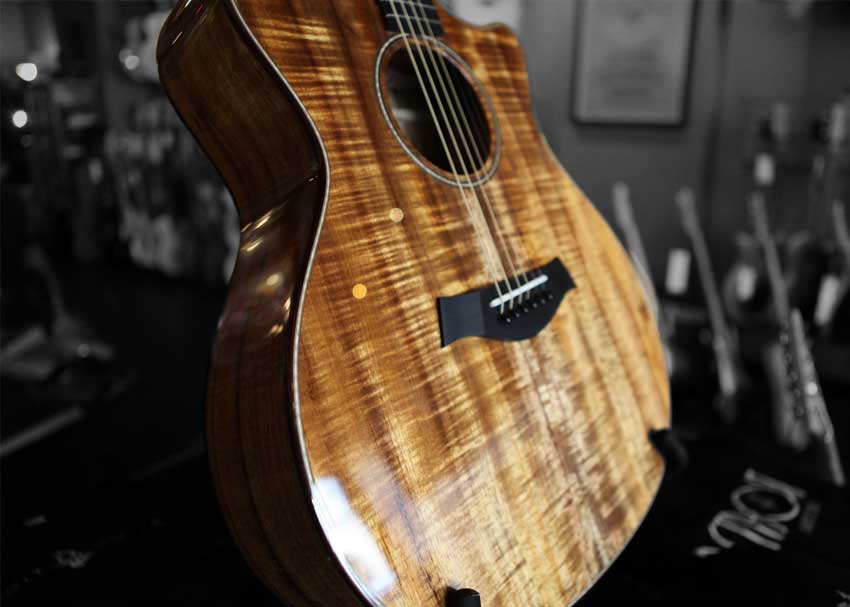 In my last post I gave some love to the mighty Dreadnought style of acoustic guitar, but this time we’re going to be scaling the size down to talk about the Grand Auditorium. This style is an incredibly popular choice for many good reasons, most of which I’ll be covering here. After all, Taylor Guitars refers to their Grand Auditorium models as great “all-purpose” guitars that handle strumming and fingerstyle equally well.

The origins of both the Grand Auditorium in both name and shape are debated, today, the body size is widely considered Taylor Guitars’ signature shape, which debuted in 1994. Martins with similar proportions, such as the 000/OM and 0000/M, have existed for some time as well, albeit with different measurements. 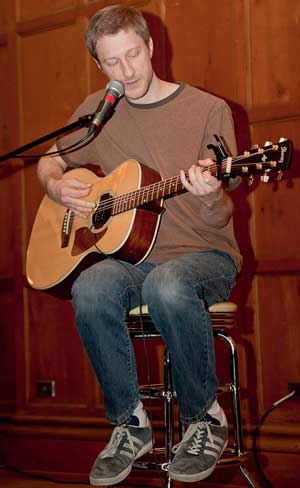 Though the Grand Auditorium body shape varies across manufacturers, a few key points are always consistent. For starters, Auditorium-sized guitars are noticeably smaller than Dreadnoughts and larger than Grand Concert or Parlor guitars. You’ll notice the lower bout of the guitar is generally slightly reduced from a Dreadnought, along with a slimmer and more visually defined waist, too. The smaller body makes it much easier to play, for instance when sitting down, as it allows your right hand picking arm to sit more comfortably on top of the guitar. Fingerstyle guitarists love the Grand Auditorium style too, as a Dread can tend to be uncomfortable and cause circulation to cut off because of the larger lower bout. Many players who are smaller in stature also tend to gravitate toward this body shape. Another huge benefit is the increase in string spacing that’s juuuust enough for your fingerpicking hand to feel at home with, which more similarly resembles how classical guitars are constructed. Although not all manufacturers include this as a standard feature, it is often included.

My favorite feature of a Grand Auditorium would have to be the more balanced EQ that allows for more intricate chording. As some of you may already know, certain guitars can have more dominant bass or treble curves that can lead to your tone feeling a little “off” or unbalanced. This body shape tends to solve that problem with smoother bass, highs, and most often a little bit of a mid bump, which helps for intelligibility. Choosing a GA for recording purposes also helps cut down your post-production time that’s usually spent adjusting EQs and shaping the sound to properly fit into your mix. Not only that, but the mid bump also allows softer passages to sound defined and at their best. Seeing as I’m the kind of player that prefers to compose with complex voicings at times, it does certainly make a difference in this regard.

Not For the Heavy-Handed

Each body size has its strengths and its weaknesses, and both should be properly addressed. Grand Auditoriums can be an issue for guitarists who are looking for the boom and projection of larger body sizes like a Dreadnought or Jumbo because they just can’t put out the same volume. It’s pretty close, but is noticeable so I’d suggest you plan ahead. Auditoriums are good strumming guitars by nature, but please keep in mind that they can’t be strummed quite so aggressively as their bigger-bodied brethren without potentially overdriving the tops. Because of this, I’d highly recommend a Grand Auditorium for those who want subtlety and harmonic integrity to remain intact, without having to sacrifice it for loud and thick tone. They do operate very effectively though when tight, crisp acoustic leads are needed and as a consequence, some players feel that this is where they outperform larger guitars.

Variations on the Grand Auditorium 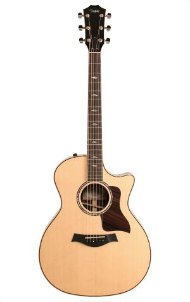 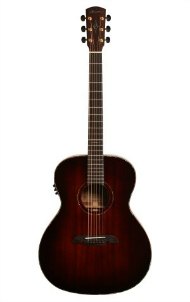 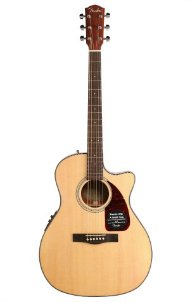 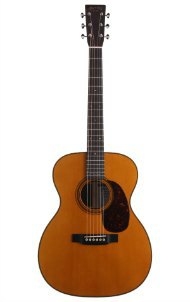 While I personally love the sound of most Grand Auditoriums, I do understand that the extra mids in the tone can tend to sound a little nasally in some cases. However, this isn’t an intrinsically bad feature — mids tends to focus the tone and blend in with other instruments very well while still retaining their voice. Try pairing one up with other instruments like strings, or softer wind instruments such as a flute for different, unique sounds. In general though, it is best to decide what style(s) of music you would like to play on your acoustic before choosing if an Auditorium shape fits your demands.

Just in case any of this information is confusing, I’ve included a breakdown of what you can expect when you purchase a Grand Auditorium guitar: