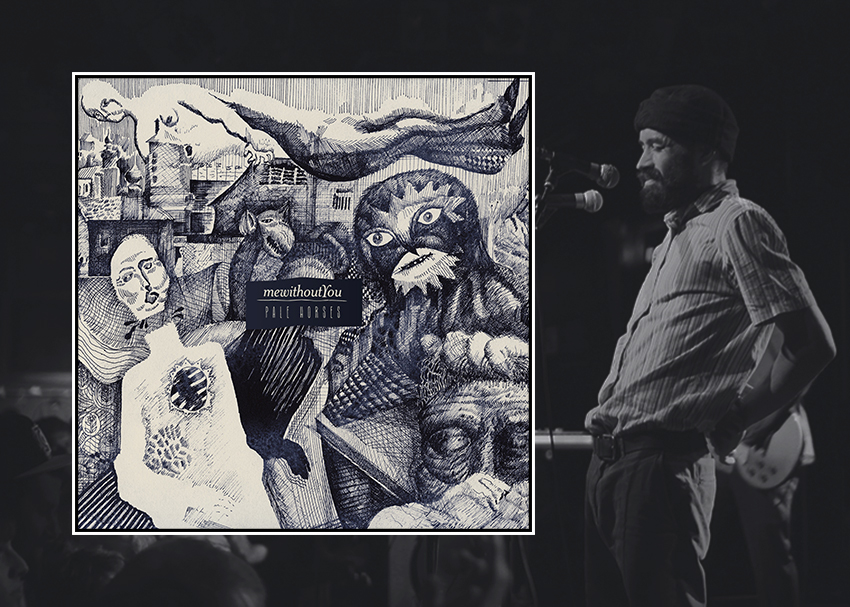 mewithoutYou has been a favorite band of mine for the better part of the past 15 years. The guitar tones on their sophomore LP, “Catch for Us the Foxes” were seminal to the development of my own guitar playing style, and the “quiet/loud” songwriting tactics they introduced in their debut, “A→B Life” have had untold influences on the way I write music. I’ll go ahead and say that this piece is written through the lens of someone who personally looks up to this band, so my views may be overwhelmingly positive, but that being said, I think “Pale Horses” is their best effort since 2008’s “Brother, Sister.”

The album’s opening track, “Pale Horse” sets things up in traditional mewithoutYou fashion: a bed of heavy reverb and octave-laden guitars, a slowly marching drum beat, and Aaron Weiss’ sing-song style vocal delivery. Over the next few tracks, Weiss reminds us of everything he is capable of vocally, ranging from his signature, shouted/spoken word, to murmurs washed in vocal effects. The album’s first single, “Red Cow” finds the band dishing out a banger that sounds like it could be a b-side from nearly a decade ago with its dark, power-chorded guitar work and swirling leads interacting with intense vocal hooks.

My only qualm about “Pale Horses” lies in the guitar tone. As I said before, I’ve held mewithoutYou’s guitar tone fairly sacred for a long time and this album just didn’t meet standards for me. I’ve watched live videos of the band since this record came out and their tone sounds just as good as it always has, yet I feel like for some reason they just weren’t able to replicate it in the studio this time around. At times, with the guitar tone sounding thin, some of the vocal effects used blend the vocals into the mix too much, making things a bit muddled. Maybe they wanted it that way, maybe it was rushed, maybe it was the producer — we may never know. All that aside, this is a beautifully written record. If you’re a fan of the band already, it will make you feel fulfilled and nostalgic. If you’re new to mewithoutYou, it’s a great place to start and work backward from.