The Post-Bridge: Finishing Your Song Strong 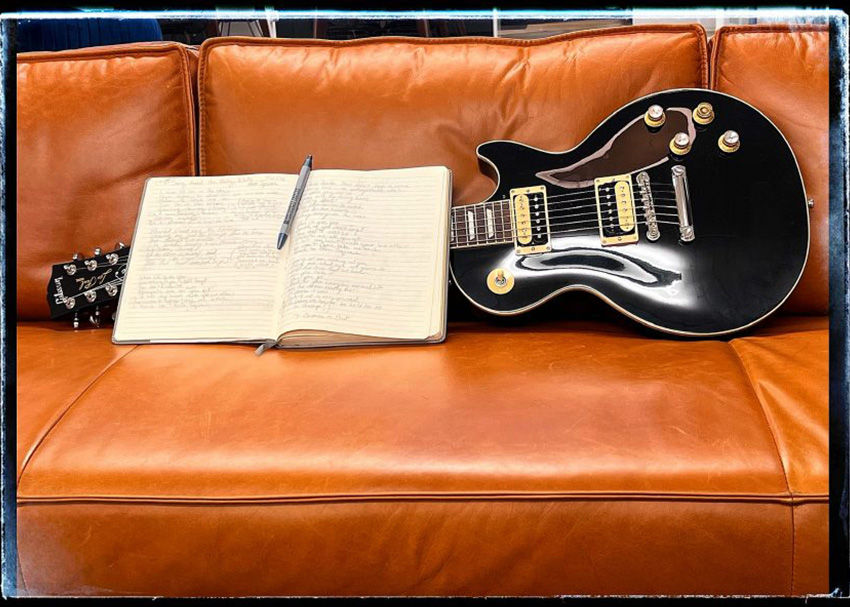 If you’ve been following our songwriting series to this point, you’ve gotten tips on how to write an intro, pre-chorus, chorus, and bridge. We’ve reached the end, and to close the series out, we will cover how to write various post-bridge sections! This area of your song builds on your bridge with a final chorus, solo section, modulated chorus, or an outro. This is the home stretch of your song so we want to nail it! So, how do we get started?

To kick off our his songwriting series, Myles offers some excellent advice on how to write a first verse that captures listener attention | Read »

As emphasized in each of the previous posts, it’s important remember that these are options for your song, not rules. Experiment with the post-bridge solo, chorus, and outro sections to come to a creative structure! In addition to this, listening to music, even your favorite songs for reference, is a good way to get inspiration for your writing. So, let’s begin with the post-bridge chorus.

The first thing to consider with the post-bridge chorus is the transition into it. Two options that create anticipation toward a chorus are smooth transitions and hard stops.

For smooth transitions, consider a quick fill. With quick fills, the music does not have to stop, and the momentum built during the bridge doesn’t have to cease. These can be instrumental or vocal fills that aid the transition to your post-bridge chorus. Let’s take a look at “Pushing Me Away” by Linkin Park.

Alternatively, you can use a transition that creates anticipation for your post-bridge chorus. Consider a quick stop. Abrupt stops are almost always dramatic, and while they pause momentum, the trade off is great anticipation for what’s coming next. Let’s take a look at “Horribly Right” by Mammoth Wolfgang Van Halen.

The bridge starts at around 2:10, and the hard stop happens at 2:42. If you listen closely, you can hear a high hat keeping count very silently. After two bars of a hard stop, the song erupts back into the chorus. The anticipation created by the silence after the bridge really makes that post-bridge chorus much more powerful and satisfying.

In many cases, the post-bridge chorus is the same chorus from earlier in your song. The bridge is a section that only occurs once and is not revisited, so reusing the chorus after the bridge is the perfect time to bring back familiarity. It creates the satisfying payoff we all look forward to in the chorus.

You can, however, go a few different directions with this final chorus. In a lot of cases, this is usually a good time to double the section. It typically consists of the first half being the same chorus you used before, and the second half consisting of some sort of alteration to the first half. In the second half, consider changing the rhythm, vocals, or the approach to your chord progression. Typically, approaching the back half of your double chorus in this way will help pull your song to its end.

For example, in “Mass Appeal” by Blaqrock, the ending double chorus starts out the same as the previous ones, but ends with a solo in the back half.

The final chorus starts at 3:40, and the solo starts at about 4 minutes. The solo takes the energy of the chorus and carries it out to then end of the song. This is a great way to spice up the ending of your song with an extended chorus.

A great way to add lift to your song is to include modulation. Specifically, this means moving the key up either a half, whole, or a 3rd step. What do we mean when we say “lift?” Lift refers to the energy and intensity of the song increasing, and modulating aids in this. When executing this idea, you want to make sure you are still within the vocal range of your singer, as they will be the one to lead this lift when the change happens.

Should you choose to play out your song with a modulated chorus, there are a few options you can work with. First, you can finish out in the new, modulated key. The advantage this has is that you are, in a way, ending the song in a different place than you started. This is a creative way to really drive home the philosophy that your song should be a “journey” that you take the listener on.

How Bon Jovi Did It

Let’s take a look at “Livin’ on a Prayer” by Bon Jovi. The modulation happens in the half chorus that occurs after the solo. We go from the original key of E minor up a minor 3rd to G minor. When that key change hits, you can really feel it, especially because of the lift in the vocals and harmony. Once we hit this modulated chorus, the song ends in the new key, making this is a great example of a song that emphasizes a musical journey through to the end.

Alternatively, you can modulate, and end the song back in the original key. This will usually require a double chorus to allow the space and time to modulate back. The advantage of this is that it also emphasizes the “song journey” philosophy, but also creates the sense of satisfaction you get by finishing in a place that is familiar to the listener. It gives the song a sense of finality. In some cases, reverting back to the original key can be achieved by creating a dedicated outro section.

Outros are typically quick and can end one of two ways. They can end on the tonic chord to create a sense of finality and “home” that is important to inject into your song. Or, you could outro the song on an alternate chord like the V, IV OR VI chord(s). This will end your piece with a sense of mystery and will leave you feeling that you are ending in a different place than you started. An outro is not always required, but just like anything, it is an option worth exploring should you be inspired to do so.

Let’s start by taking a look at “Monkey Wrench” by the Foo Fighters. In the music video version below, the outro starts at 4:20. The approach with this ending is taken with a riff that ends the song on the I chord. The riff separates the outro from the chorus before it, and gives us a way to end the song back on the home chord, giving us a strong sense of finality.

Now, let’s take a look at “Far Cry” by Rush, who’s outro ends on a very mysterious chord. The outro is a section marked by an extended and more complicated version of the intro, which gives us that important sense of familiarity. However, the song itself ends with an F#add3 chord. Why is this chord mysterious? Because the major 3rd (A) against the open B and E strings opens it up significantly to make it sound very airy. Doing this gives us an incomplete and complicated sense of closure for the song.

An alternative way to add lift is through a solo. Solos are almost always the climax of a song, and can really elevate your post-bridge section. If you are putting a solo after your bridge, consider building your bridge so that it adds anticipation to the solo.

Question: Should your solo add elements of familiarity? Yes and no. Regarding the harmony underneath your solo, it is totally acceptable and creative to reuse a previous verse or chorus progression. Consider even using the bridge progression and extending it through the solo. But you do not have to be tied to this.

Regarding the actual solo, consider repeating the main vocal melody in some spots. This is less about adding familiarity and more about adding creative texture. Using the vocal melody, you can create a call and response that can fill out the rest of your solo.

Let’s take a look at “State of Love and Trust” by Pearl Jam. The solo comes after the bridge, and features the same harmony that is consistent throughout the song – providing our sense of familiarity. The solo borrows from the main vocal melody, but alters it a bit for textural depth. Eventually though, Eddie Vedder comes in and mirrors the solo line for even more depth.

Now that we have discussed our possible options, let’s put them into practice! In this original example, we will finish out our song from the previous songwriting posts: “Burning Candles.”

First, we’ll go into a post-bridge solo. Here, I’ve decided to introduce a new chord progression to spice things up a little. The chords here are mostly still in the key of the song, but we are borrowing F major from G minor. Here, you can add a new progression as I’ve done, or you can reuse a previous progression as discussed earlier in the post. Either works!

After the solo, we come to a double chorus. The first half is the same as the previous choruses. However, during the back half of this section, I’ve added a layered guitar part and an altered vocal. The layered guitar part keeps the back half of that double chorus fresh and interesting. And for the new vocal, I find that elongated or abbreviated vocals tend to work best for this specific section.

Lastly, I close out the song with a dedicated outro section. The approach to this outro is to try and slow down the song to a smooth stop. However, the ending is written in a way to add a sense of mystery by ending on A major, (V/V) a borrowed chord from D major.

How your song is constructed in the post-bridge section is important to finishing strong. Whether you are using a post-bridge solo, post-bridge chorus, double chorus, or modulated chorus, these options will guide you to a successful finish. I encourage you to experiment with putting these sections in various different orders, and as always, listen to your favorite tunes for inspiration!

And with that, we have reached the end of our songwriting series. I hope that this series has inspired you, and has given you a few tools to add to your own songwriting. As has been a common theme throughout the series, everything we have discussed here is optional. Experiment with everything, listen to your favorite songs for inspiration, and don’t give up on writing!

Come Out and Play: Polyend Play DemoMesa/Boogie: Live at the Fillmore