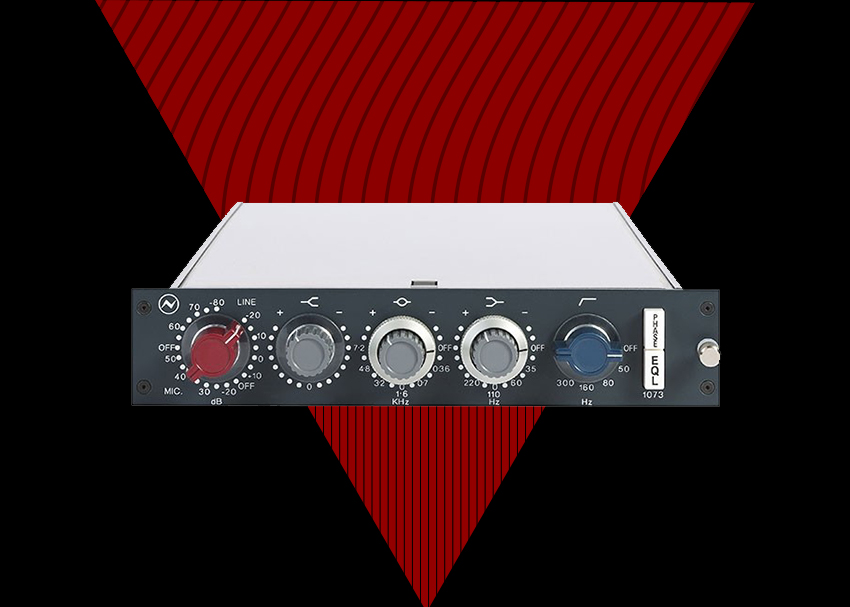 Getting the tone that’s in your head sometimes involves more than just twirling the knobs on your amp. Learn how to utilize hardware or software preamps, and you’ll open up a rainbow of tonal possibilities for your tracks. Join me as I attempt to augment a standard rhythm guitar tone with a software preamp model that offers heightened texture and character.

For this demo, I used a Gibson Les Paul Standard, running into an Xotic EP Booster, and finally into the DI input of a Universal Audio Arrow interface. In the computer, I used UA’s Console to pull up a Diezel VH4, which I can use to dial in solid clean and dirty tones, as well a Neve 1073 preamp to create the effect.

First things first, I dialed in a simple rhythm guitar tone using the bridge pickup on the Les Paul and channel 3 of the VH4. While the amp alone produced a solid tone, I wanted to spice things up by adding something with a little extra depth.

I had to change things up for this next bit. Rolling the tone all the way down on the Les Paul’s bridge humbucker, I switched to channel 1 on the amp, cranking the mids and dialing back the treble to create a really throaty yet muscular clean tone.

Finally, after engaging the 1073, the first thing I did was crank the pre’s input to generate a copious amount of overdrive. The harmonics created by the 1073 gave the throaty guitar sound a distinct top-end fizz that adds a rawness to the tone. Shaping the sound even further, I turned on the 1073’s EQ, gave the high end a good push, and cut the bottom end off with a high-pass filter at 160 Hz. I also goosed the mids just a touch at 4.8 KHz to give it a little extra juice.

Using the exact same setup, I switched over to the neck pickup (tone all the way up this time), engaged the EP Boost at about 1 o’clock, and recorded a short lead with the overdriven 1073. Since channel 1 on the Diezel was relatively clean, the boost not only used up the rest of amp’s headroom with a volume jump, but also pushed it into overdrive. This gain staging then cascaded into the 1073, giving it even more push and grit. The result is super splatty and raw, giving the lead lick a lot more character than it probably deserves.

After mixing the guitar parts together, you can hear how the 1073 preamp introduces an edginess to the rhythm guitar that will give it some body and space when the time comes to add bass, drums, keyboards, etc. Take a listen to the rhythm and lead parts with and without the extra raw rhythm guitar.

While I did this all with plug-ins, the same results can be had with a regular amp and a mic preamp that likes to get dirty. Whether you use this trick with a guitar, bass, keyboard, or whatever, it’s always a blast to explore the weird and wonderful sounds you can make when you push your gear past its limits!