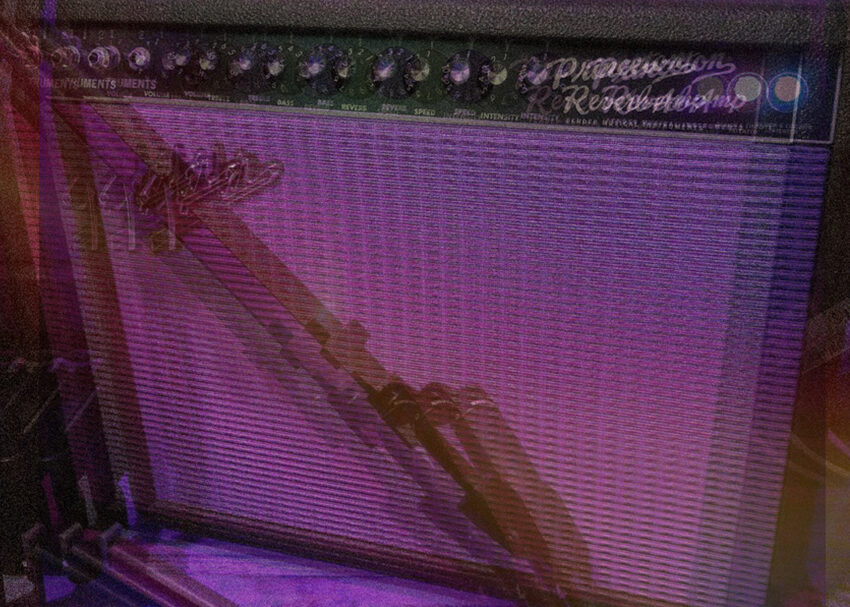 Often confused with the whammy bar, tremolo was one of the first effects to ever be introduced for guitar. In this post we’re taking a look at a few different versions of this effect.

There’s often a lot of confusion in the guitar community about tremolo and vibrato. Both are often used to refer to the whammy bar on a guitar, AND for the effect we will be discussing.

Tremolo is an effect in which the amplitude of the guitar’s signal is modulated. This creates a constant change in volume controlled by a few key parameters:

Rate, or speed, controls how quickly the volume is changing on a tremolo effect. Some modern tremolo pedals will also have a tap tempo on board to match the exact tempo of the song you’re playing.

Depth controls the amount of variation in amplitude. The greater the depth, the more noticeable the effect will be. At lower depths, the tremolo will be a lot more subtle.

Some tremolo pedals will have the option to adjust the output level. While the common use for this is to match the clean (dry) signal’s level, it can also be used to boost the signal. With the depth dialed at zero, this can also double as a clean boost pedal.

For today’s audio samples, I will be using my Fender Starcaster Reissue. Let’s go ahead and dive into these three tremendous tremolos!

When it comes to a tremolo built right into the amp, go no further than Fender! Fender was not only one of the first electric guitar amp manufacturers, but one of the first to feature built-in tremolo and reverb in their amps. The Fender tremolo (or vibrato as they call it) is still a favorite effect for many guitarists.

Those of you who have read my other blog posts know that the 1965 Princeton Reverb Reissue is my go-to amp for just about everything. I thought I’d start by looking at some of the tones we can get from its built-in tremolo.

The controls on the Princeton’s tremolo are pretty simple: Speed and Intensity. The speed controls the rate of the tremolo, and the Intensity controls the depth. First, here is an example at a lower speed and intensity, for a more subdued tremolo effect.

For this next sample, I turned the intensity all the way up and the speed up slightly. This makes the effect much more present in the mix and really brings out that classic tremolo sound.

And here’s one more at a lower speed over some simple chord strumming.

Harmonic tremolo functions similarly to standard tremolo, but the high and low frequencies are offset from each other. The signal is split and sent separately through high- and low-pass filters. Then, these signals are offset by 180 degrees.

Since the highs and lows are out of phase with each other, the higher frequencies will ring through when the lows are cut by the tremolo, and vice versa. This results in a much smoother tremolo effect, with less of a perceivable variation in volume.

To highlight this unique style of tremolo, I will be using the Walrus Audio Monument V2 pedal. Aside from having control of rate, depth, level, and even the waveform, this pedal has a toggle switch to move between standard and harmonic tremolo.

Here’s a side-by-side comparison of the standard and harmonic tremolo. The standard tends to have a choppier and more noticeable effect, while the harmonic is a lot smoother and fuller.

The Monument also offers a “ramp” feature. This will ramp up the speed on the tremolo when you press and hold the tap tempo button. This can come in handy when trying to emulate the sound of a classic Leslie cabinet, or when creating other experimental tremolo sounds. Below I used the ramp to speed up the effect at the end of each phrase.

The harmonic side of this effect can almost reach a similar tonal territory as a Univibe pedal. It seemed appropriate to put a fuzz on this and play some Hendrix-style riffs.

Much like its name, the EarthQuaker Devices Hummingbird produces a fast and choppy tremolo effect that is much different than the previous tremolos. This pedal offers three different modes that affect the range of the rate knob. 1 is the slowest, and 3 is the fastest. Below I’ve included a quick sample of each.

For the first and slowest mode on this pedal, I like to set the rate somewhere in the middle, and the depth at about 10 o’clock. This creates a nice subtle tremolo that adds a little depth to simple chord strumming.

The second mode on this pedal gets a little closer to the sound of a hummingbird. I turned the depth up quite a bit to emphasize the speed and the waveform. Notice how this sawtooth waveform is a lot choppier than the previous tremolos.

EarthQuaker Devices is known for pedals that go to the extremes, and the hummingbird is no exception. The 3rd mode reaches speeds that are almost inaudible. For this last sample, I turned everything to 10 and added a fuzz to get some truly nasty tones!

Well that’s all I’ve got for today! Feel free to leave a comment below with your favorite tremolo pedals!