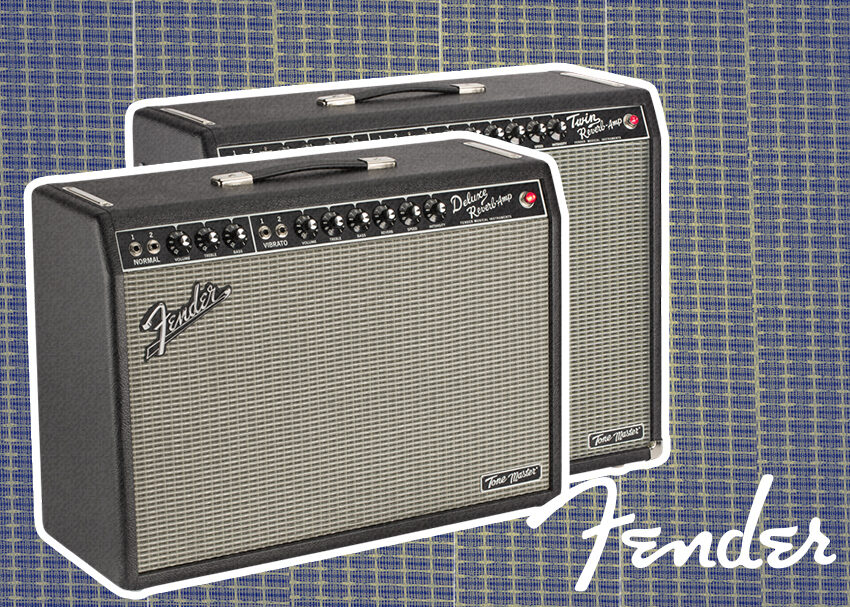 If Fender’s new Tone Master Twin and Deluxe Reverb amps only sounded exactly like their tube counterparts, it wouldn’t be enough. That’s because Fender engineers designed these amps to behave exactly the same, too.

Three years of hard work designing, programming and engineering has resulted in two amps with circuit topologies that replicate the same behaviors and tonal tendencies of the original “Blackface” Twin and Deluxe Reverb amps produced in the mid 1960s.

“I think I actually jumped when we switched over. It was startling how close it was,” Stan Cotey, Fender Vice President of Product Development said, referring to an A-B test he performed on a Tone Master Twin Reverb and a vintage Twin.

Cotey cranked the amps during his A-B test to better hear the unique tonal nuances of each. The Tone Master amps make that seldom-heard Twin overdrive sound more accessible than ever thanks to their output power selectors which let you get down to 1 watt.

“Most people have never played a Twin Reverb at 10 because it’s ridiculously loud,” Rick Heins, Fender’s Product Development Manager of Amplifiers, said. “So by being able to have all these things happening in the digital realm, you can crank the amp up and get distortion.”

The other main attraction of the Tone Master amps is their portability. Weighing 23 and 33 pounds respectively, both the Twin and Deluxe can be picked up with one hand, and are not such a strain to lift up on stage or take down a flight of stairs.

Newly designed Jensen N-12K speakers are a big part of the Tone Master’s weight loss plan. These speakers emulate the famed Jensen C-12K speakers found in the original Reverb amps, but swap the conventional ceramic speaker for a lighter weight neodymium one.

Also key to the Tone Masters was that they nail the iconic Fender spring reverb and tube-driven tremolo sounds. To do this, Fender utilized convolution reverb technology to emulate the impulse response of an actual reverb tank in an amp. Half a million samples are incorporated into the Tone Masters’ reverb impulse response, so it responds to playing dynamics and amp settings just like the original.

Heins hopes the Tone Master amps can appeal to all sorts of players, from bedroom guitarists seeking authentic Fender tones at low volume, to tube-amp-devoted weekend warriors trying to save their backs and avoid tube maintenance.

The Tone Master project also represents a sort of future vision for Fender. While the company remains dedicated to developing new tube amplifiers, the growth in software modeling amps and the advancements in tone of digital amplifiers can’t be ignored. Nor can the size of the tube market relative to what it was 50 years ago. With that in mind, Fender feels a responsibility to carry the torch of their iconic tone into the future.

“It’s really important that we continue to make tube amps and we support tube amps because we love them and we know people do too,” Heins said. “But just hypothetically, if these factories decide to stop making tubes at some point, we have to be the champions of our own sound and tone.”

In this current era, Fender engineers have over 60 years of history to help inform and inspire their product designs and steer this brand into the future.

Fender Pedals: Behind the Design

“We’re still actively designing with technology from the ’30s or ’40s almost in a straight, continuous line across all the things that have happened through today,” Cotey said. “You can find people at Fender that are subject matter experts in each of those areas, and a lot of time we have overlap.”

We look forward to seeing what this blend of expertise in past, present and future technologies leads to next.

Fender Pedals: Behind The DesignThe Shure SM58: From Flop to Top