Compressor Pedals and You 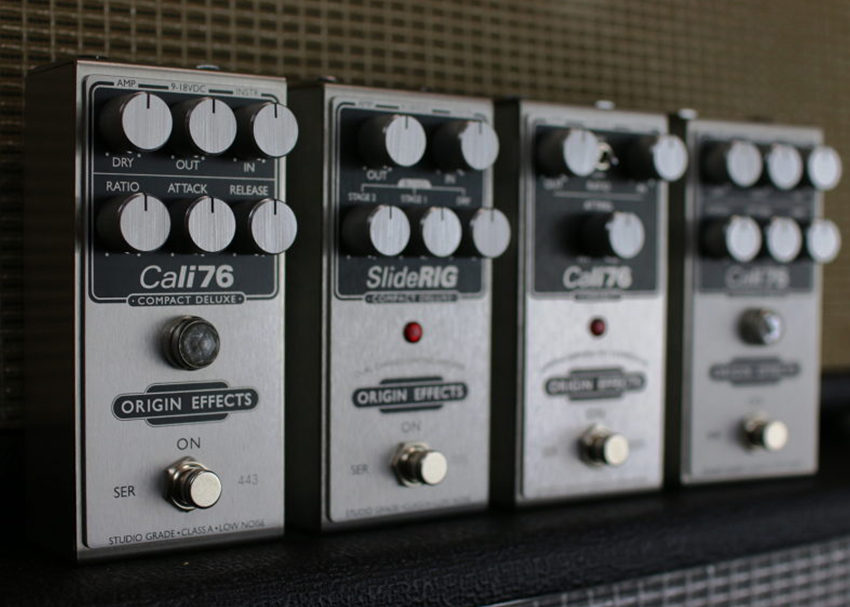 While it sounds pretty simple and is widely used by guitarists and bassists alike, compression is an effect that is easily misunderstood. Most people know or think they need it, but don’t always know why. Being primarily a utility effect — used to keep signal dynamics under control — compression isn’t really perceived as an effect like an overdrive or modulation pedal would be. A properly dialed compression pedal won’t necessarily turn heads, but it will keep the pesky peaks and valleys in your signal from turning them.

In order to properly dial in your compressor, you’ll need to know the general parameters that all the knobs and switches are controlling:

Threshold is the general term given to the highest level that you would want your signal to reach. Any peaks that are above this level will be turned down by the compressor, while signals that are lower than the threshold won’t be affected by the compressor.

Since the main function of the compressor is to quickly turn your signal up and down, many pedals let you control the speed of those adjustments. Adjusting the attack setting changes how quickly the compressor attenuates the signal after it crosses the threshold.

Essentially the opposite of attack, release refers to the speed at which the compressor turns the signal back up to its original volume after falling below the threshold.

With so much volume adjustment and attenuation, compressors sometimes need a little help to bring the signal back up. Most compression pedals feature an output or gain level control that can be turned up to offset any gain reduction in your signal chain.

Related:
A Guide to Studio Compressors

Most commonly found in guitar pedals, VCA is short for Voltage Controlled Amplifier and refers to a type of gain control that converts AC guitar signals to DC voltage. The converted voltage then communicates with the VCA telling it when the signal needs to be adjusted. Their extended range of attack and release times make VCA compressors ideal for guitar pedal applications because they can be adjusted to sound like a variety of compressor types.

Field Effect Transistor compression is probably what comes to mind when most people think about compressors. Immortalized in the iconic Universal Audio 1176 compressor, FET compression is a studio standby that utilizes extremely fast attack times to produce the “slap” or “smack” of a studio recording. Generally, a compression pedal that claims to have “studio-style compression” is employing the FET style.

Optical compression uses light-sensitive resistors to adjust signal levels, resulting in an extremely smooth, natural-sounding compression. With very slow attack and release times, optical compression can be the most transparent of the compressor types and is perfect for lightly evening out chords and single note patterns without adding any overt compression sound to your signal.

While a compressor isn’t exactly the most exciting effect to add to your pedalboard, it can be an extremely valuable tool for guitarists and bassists looking to add a professional touch to their tone.