Let it Bleed. Why isolating everything isn't always best. 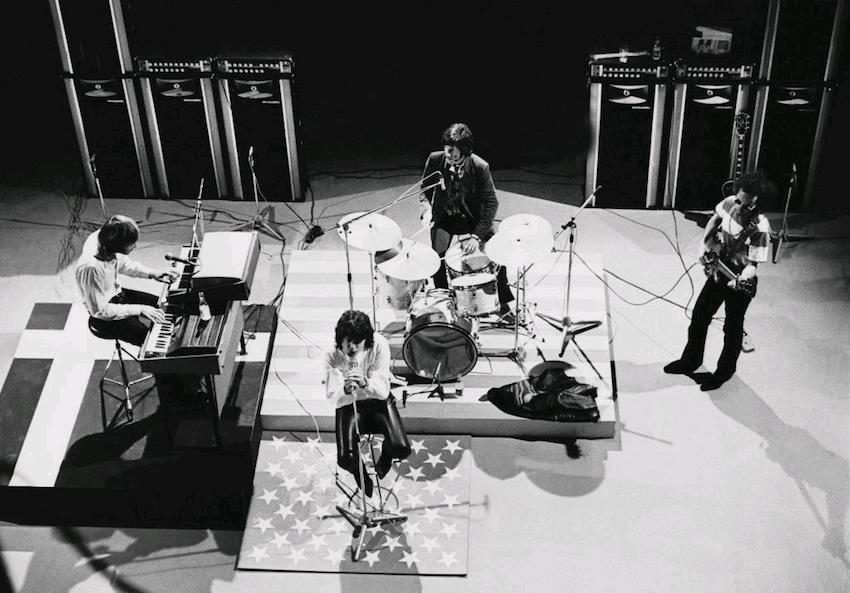 It’s become a standard practice of modern recording to try and isolate each vocal and instrumental track as much as possible. For instance, making sure there is only snare coming through the snare mic, or isolating the vocals from the guitar during a simultaneous guitar-and-vocals track, etc.

The idea behind this, which makes a lot of sense, is that you have more control of the individual sounds and can manipulate them more with EQ, compression, and effects, when you have the individual sounds without bleed from other instruments. This way, when you increase treble on the vocal, you’re not going to get a lot of extra pick and string sounds from the acoustic, and you can beef up the snare in the low-mid frequencies without doing the same to the bass drum sound, and so on.

However, sometimes it’s OK to loosen up on this a bit, and use bleed to your advantage. A lot of classic songs and albums have been recorded with levels of bleed on tracks ranging from “hm, well a little bleed was probably unavoidable” to “did they seriously record it that way?!”

The later albums by The Beatles have become a sort of gold standard for music recording and production, and were famously done (mostly) by laying down tracks individually (drums, then guitar, then piano, etc.) and layering everything together. When recording this way, bleed obviously isn’t an issue, as there aren’t multiple instruments or vocals being recorded at the same time. However, this isn’t always the best way to record.

Take as a contrasting example, The Rolling Stones, another band with several very highly regarded albums to their name. The Stones’ recording process tended to be very different, however. For example, their hit song “Start Me Up” was recorded with the entire band set up in the main live room. If that weren’t different enough, they had a PA system in the room with them too. In Sound On Sound magazine’s Classic Track article about the making of that song, engineer Chris Kimsey says that they fed some snare, kick, and Mick Jagger’s vocals through the PA for the purpose of monitoring, but also so the snare and kick would sound bigger in the room, and reverberate more.

The Upsides of Bleed

As a side effect of recording live with the whole band in the room, with a PA in there too, you get a lot of bleed, especially from the drums. Snare hits would be bleeding into pretty much every mic in the room, which probably helps contribute to the reverberant, lively drum sound that you hear on Rolling Stones albums, which is pretty different than the crisp, tight sound of most Beatles drum tracks.

Another thing you get from recording this way is live interaction between the band members, which is paramount in a group like The Rolling Stones. Yes, great songs can be built by multi-tracking everything individually, but there is a certain something you get from live interaction between musicians that you don’t get from multi-tracking. By using bleed to your advantage and paying attention to what your mic choice, mic placement, room sound, and other factors are doing to the overall recorded sound, you can get lively, full-sounding tracks that have the distinctive feel of people playing live music together in a room.

This kind of recording does tend to favor the “get it to sound right first” approach, rather than “fix it in the mix.” When recording multiple instruments and vocalists at the same time, you won’t have as much room to do corrective EQ, compression, and editing as you would if you were tracking everything separately. But sometimes tracking everything (or select instruments) at the same time ends up being the best way to go.

So don’t be afraid of bleed. Instead of looking at it as a problem to always be solved, step back and see how you can use it to your advantage. It doesn’t have to be for full-band recordings — try tracking two guitarists at the same time, or a singer/guitarist’s vocals and guitar parts, or drums and bass. You might be surprised what a little bleed can do to help you record tracks that are more natural, and more musical.