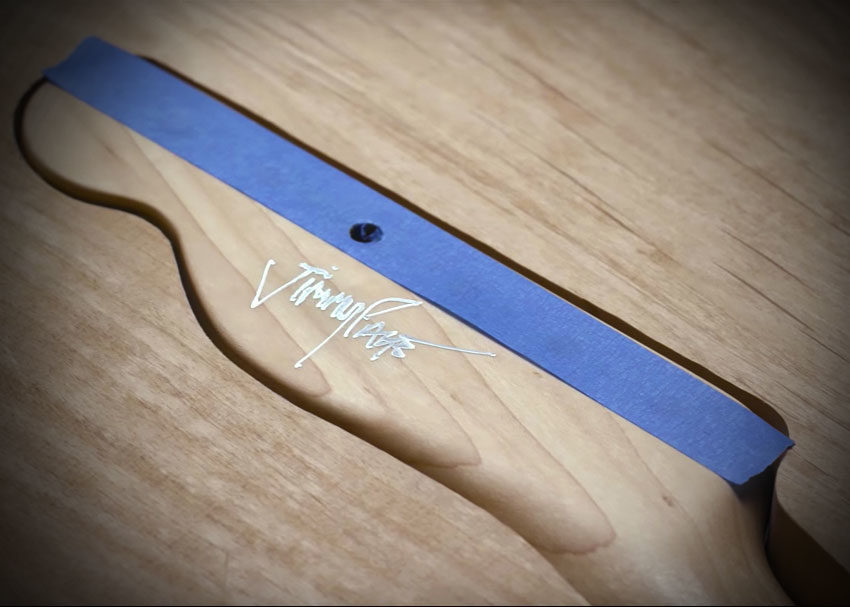 The guitar was given to Page by Jeff Beck in 1966 as a “thank you” gift for recommending Beck to take his old spot in The Yardbirds. Originally sporting a white finish, Page added circular mirrors to the body at first, fitting for his new band’s psychedelic take on blues music. Later on, he would remove the mirrors, and redo the finish with green and red graphics and a metallic pickguard, earning it the moniker the “Dragon Telecaster.” Though its #1 spot in Page’s rotation would soon be overtaken by a certain 1959 Les Paul, the Dragon Tele made a triumphant return when Page played it on the solo to “Stairway To Heaven,” further carving its legacy into the pantheon of the rock gods.

Sadly though, the Dragon Tele would never be the same, after Page lent it to a friend, who repainted it and ruined its sound and electronics. Though he salvaged the neck for a guitar used in his next band The Firm, Page would never use the Dragon Telecaster in its original glory again.

Here’s to hoping the Fender Custom Shop can recapture the spirit of that storied guitar for Zeppelin devotees!

Credit to iconicaxes.blogspot.com for the backstory of this guitar.