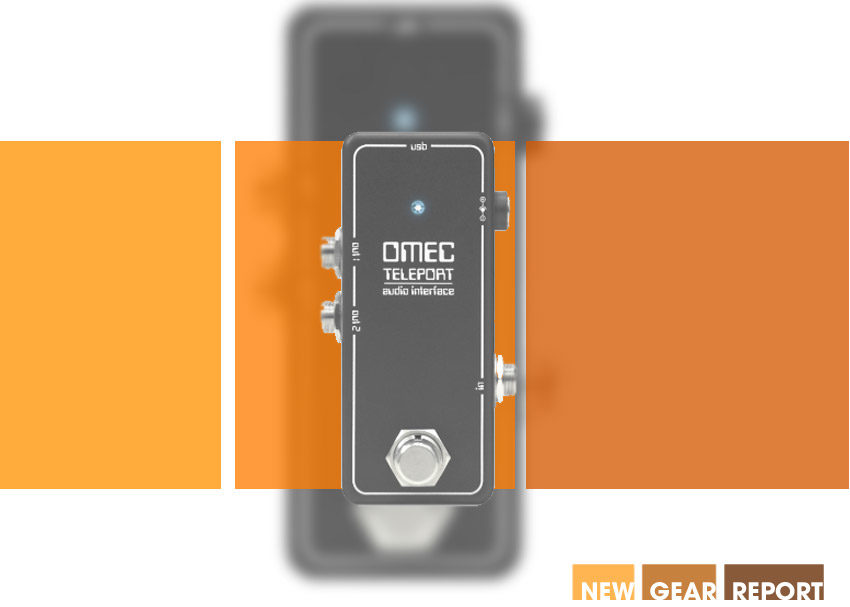 British amplifier historians may remember or know of the oddball that was Orange’s OMEC — the world’s first digitally programmable amplifier. This solid state amp utilized transistor-transistor logic to emulate the sound of a traditional amp and even let users create and store presets — truly revolutionary stuff back in 1975. A range of OMEC amps was later developed with unique control sets, but the idea of programmable amplifiers was just too ahead of its time to catch on. However, looking at today’s landscape of modeling amplifiers and multi-FX units, we can appreciate OMEC as a pioneer.

This year, Orange is celebrating its 50th anniversary and paying tribute to that breakthrough amplifier with the OMEC Teleport. This audio interface is completely tailored for guitarists, from its pedal enclosure to its included AmpliTube CS Orange Edition software, which grants access to models of the OR120, Tiny Terror, Rockerverb 50, AD30 and a host of cabinets. With a single mono input, and low-noise buffered stereo outputs along with a top-mounted USB jack. The idea is for guitarists to place OMEC anywhere in their signal chain, allowing them to integrate effects and amp models housed in programs like AmpliTube or their favorite DAW with their other pedals. OMEC also provides a streamlined way to connect to your Mac, PC or iPad and record your set or practice session.