Bob Dylan’s “Concert for Bangladesh” Guitar Up for Auction 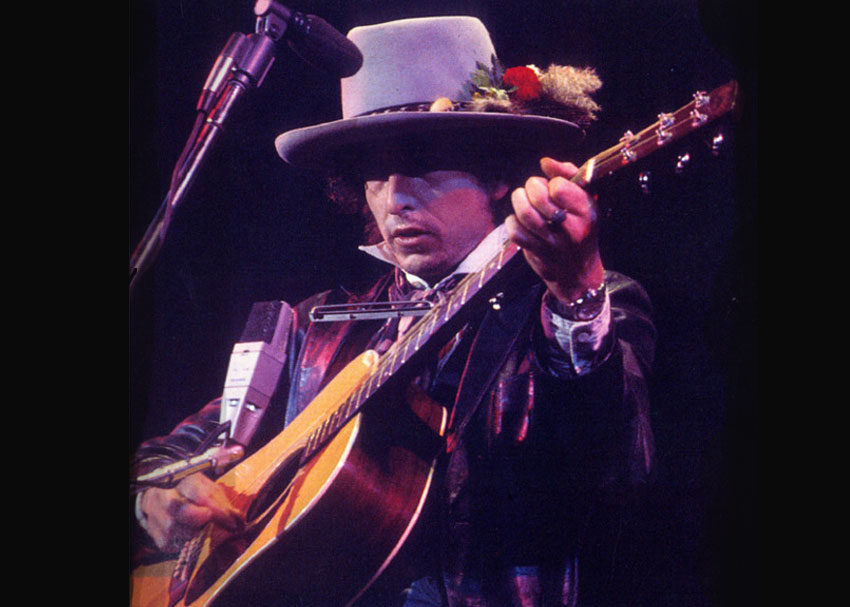 If you’re a dyed-in-the-wool Bob Dylan fan and you have an extra half a mil laying around, we’ve got something you might want to check out. A vintage ’63 Martin D-28 acoustic that once belonged to the freewheelin’ Robert Zimmerman is being auctioned off. The guitar was most famously used at the concert George Harrison (the most popular pirate in The Beatles) and Ravi Shankar held in benefit for Bangladesh back in 1971.

It’s being sold by Larry Cragg, who is often referred to as the “repairman of the stars,” and has fixed up gear from the likes of Santana, Bruce Springsteen and Steve Miller. He even toured with Neil Young as his guitar tech for a number of years. The guitar comes with his original receipt, from when he bought it off Dylan in ’77 for the bank-breaking price of $500.

According to Cragg “It has the same bridge pins, everything is just like it was when he had it: same case and everything, just like it was 40 years ago,” and he has kept the guitar in a humidity-controlled environment, with loosened strings, ever since. So it definitely plays well, not that you would want to gig with it. Or maybe you would…that would be a pretty punk thing to do.

The guitar is set to hit the auction on November 11th, and is expecting to go for at least $300,000 so now’s the time to dig into your couch cushions to scrounge up a few hundred grand.

Here is a link to the auction and below is a clip of Dylan warming up on the guitar with George Harrison before he played the concert.

How to Phase-Align Your Studio Monitor SubwooferRockers with a Cause: the Dayna Clay Project