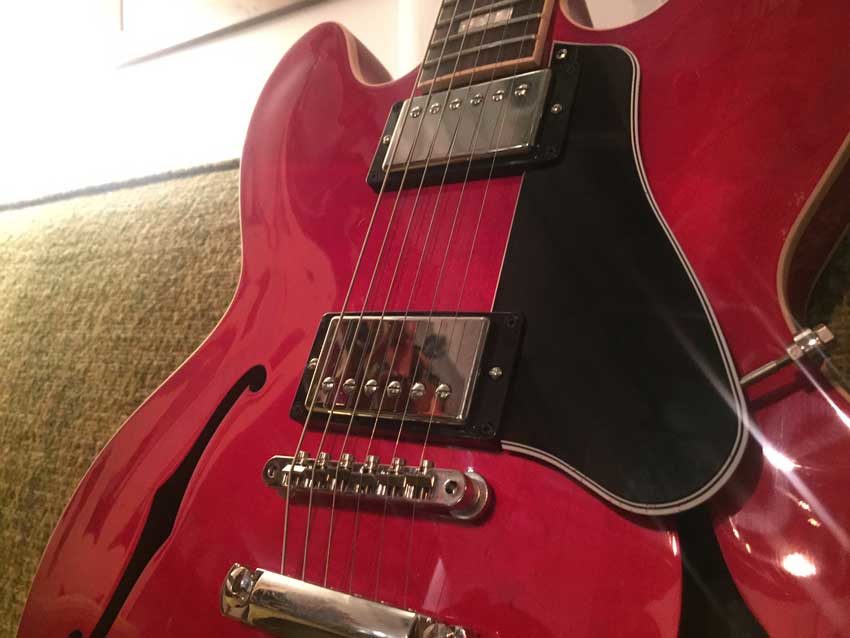 Even though both passive and active pickups have now been around for decades, some players still don’t know the true differences between the two types. Pickups happen to be one of the most — if not the most — fundamental tone-shaping parts on your electric guitar. Knowing how they work and the different tones they create ultimately allows you to make better educated decisions when purchasing a new guitar, or even a replacement set. Let’s dive right in and explain what makes these two types of pickups tick. 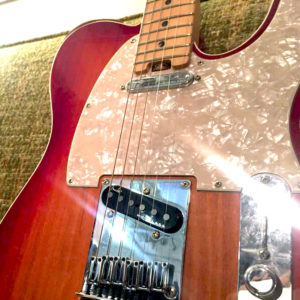 Despite being the oldest, and therefore the original, passive pickups also remain the most common pickup type to this day. These are the pickups responsible for what you hear as the standard electric guitar tone. Found as original parts on popular models like the Gibson Les Paul (humbucker) and the Fender Stratocaster (single-coil), passive pickups of all stripes work the same way. Essentially just a copper wire wrapped around a magnet, passive pickups prove to be relatively simple devices.

Despite their simplicity, passive pickups create a large range of tones and levels of output. Many different magnets are used to build pickups, generally ceramic and the different versions of alnico — an alloy made from aluminum, nickel and cobalt. Each type of magnet produces different tonal variations that can have a huge impact on your overall tone.

Other factors, like wire material and the number of winds around the magnets also affect your tone. More windings results in higher output, but also causes a loss of high-end response, tending to get a bit muddy. One of the most sought-after pickup models is the Gibson “PAF” (patent applied for) humbucker. These pickups, originally developed by Seth Lover in the late 1950s for Gibson guitars, produce a relatively low output, yet their clarity, dynamic response, and killer tone make them highly desired. To this day, nearly every pickup manufacturer has at least one, if not more humbucker pickup models that seek to emulate the PAF sound.

Despite their ubiquity, passive pickups do tend to have a few quirks. Single-coil pickups can hum quite a bit, especially so in certain circumstances. Single-coil fans generally chalk this up to being the nature of the beast, but it can irritate those who love their gain high and their amps loud. Guitars with passive pickups also tend to be paired up with passive tone controls as well. These standard tone pots do not add any treble to the signal, and only have the ability to roll off highs. 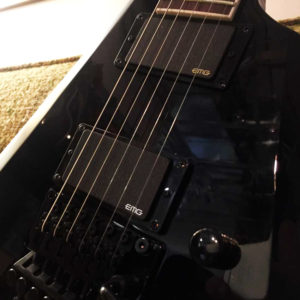 The most obvious difference about active pickups has to be the fact that they need some sort of a power source, typically in the form of a 9V battery. The construction of the pickups themselves is quite similar to passives, but with significantly fewer coil windings. With fewer windings, the raw output of the active pickups is actually much lower than passive pickups. Like with passive pickups, lower windings equal more clarity, but less output.

Active pickups, however, are always paired up with a preamp (powered by the 9V battery) that amplifies the pickup’s signal to a workable level. This allows players to maintain clarity while also getting a high-output signal from the guitar. Essentially, this means that the pickups are less noisy, have more clarity, and can slam the front end of an amplifier harder than passives. Metal and hard rock guitarists have found that active pickups pair perfectly with loud amp stacks for a tight low end with clear highs, hence the heavy usage by our high-gain friends.

Along with a powered preamp, many guitars with active pickups also have some sort of tone-shaping ability. While passive tone controls typically only roll off high end, active EQs can split the frequency spectrum to give you tone knobs for bass, middle, and highs. These controls also have the ability to boost those frequencies as well, giving you the opportunity to surgically shape your overall tone before the signal even gets to your amp.

Even with all of their advantages, active pickups also have a few drawbacks. First of all, you need a battery to hear your guitar through an amp. Without the powered preamp, the signal produced by an active pickup is little to non-existent. You wouldn’t just be able to plug into an amp and play if your battery was dead. Also, despite their higher relative output, active pickups typically have less dynamic range than passives. If your playing style is all over the place dynamically, then active pickups might not be your thing.

Like all things guitar-oriented, experimentation is the name of the game. When thinking about taking your tone in a different direction, get your hands on a guitar with different pickups. The tone and response could be very different than you’re used to, and sometimes you don’t know exactly what you’re looking for until you’ve found it.