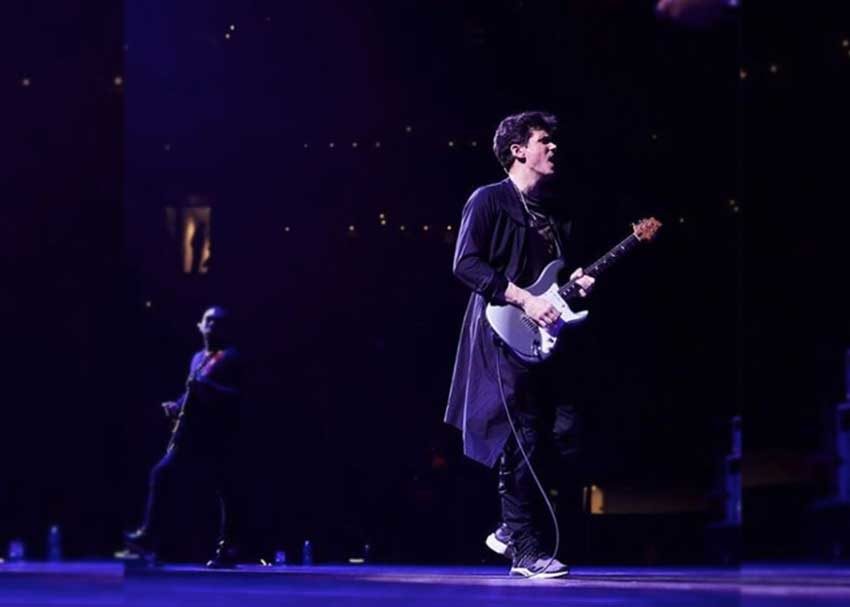 The blog-o-sphere has been abuzz recently after John Mayer posted a photo on his Instagram from a show in Boston on April 9th. In the pic, John’s wearing a smart long coat with the sleeves rolled up, along with some very comfortable-looking sneakers, perhaps custom Kirklands? A card-carrying #kirkboy, Mayer is a known fan of the Costco kicks after all. The very much Inspector-Gadget-meets-Miami-Vice look has fans everywhere asking how they can get that look.

B O S T O N you will always have my heart. And also… it has been unveiled. @prsguitars #thesearchforeverything

Oh, and there’s another thing people are discussing from that picture — it’s a Strat-style guitar that has a PRS neck, complete with bird inlays. No such production model exists…yet, but this three-pickup axe has guitarists speculating that it may be another fruit born of the partnership between Mayer and PRS. After all, the Super Eagle was made as a PRS Private Stock model after being “leaked” on Instagram, as did the recently released J-MOD 100 amp.

Still, both of those creations fit firmly into the upper echelon of gear, as their prices are out of reach for many guitarists. This most recent model looks more modest: it sports a plain finished top and no extra ornamentation or visible switches/features. So, if it ever gets released, could it be a more affordable piece of signature John Mayer gear from PRS? Only time will tell, but one thing is for sure: it sounds great, as evidenced by the video below: