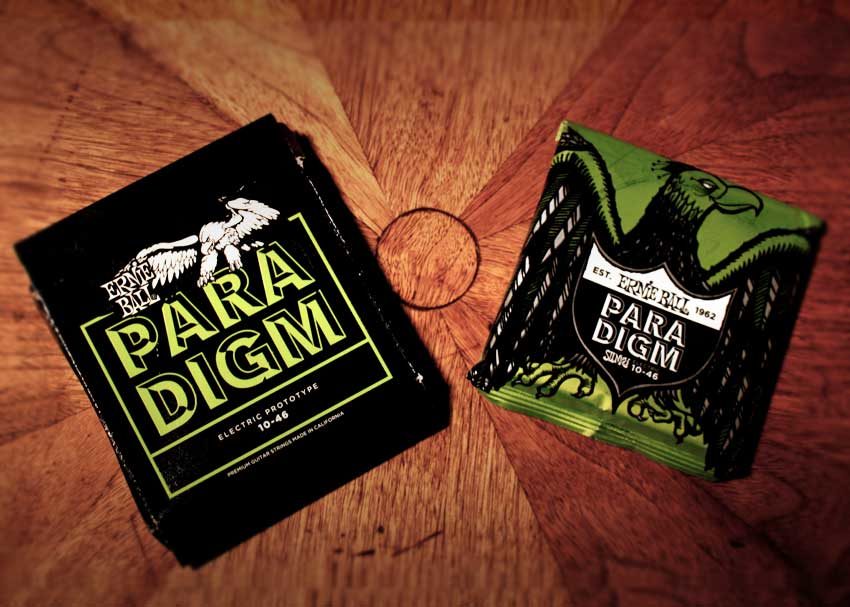 We’ve been stoked to try out Ernie Ball’s new Paradigm line of strings ever since we first heard about them at Winter NAMM this year. And after seeing Ernie Ball’s videos featuring guitarists trying to break their Paradigm strings, and explaining the plasma technology behind Paradigm, we got really curious.

Thankfully, we didn’t have to wait long, as Ernie Ball were kind enough to send a few packs over to zZounds HQ. We handed them out to a few axe slingers on our Blog staff and had them write up a review to share their thoughts. Check out our thoughts below!

Immediately upon opening the package for these Paradigm strings, I knew they were going to be something special. Having encountered hundreds of freshly opened packs of strings, I was impressed by just how new the Paradigms seemed. These strings looked super clean without any hint of tarnishing, which can often be found on even the some of the finest new strings. After installing the set, I went on to stretch the strings and was actually blown away that they squeaked. As in, “squeaky clean.” Never once have I ever experienced that.

Stretching the strings was a cinch, and the strings had no trouble maintaining pitch right away. Unplugged, the strings sounded great on my PRS S2 Vela — bright tone with sparkling clarity. Once I plugged into an amp, however, the guitar came alive in ways I hadn’t really recognized before. Playing through the Vela’s bridge pickup (coil-tapped to a single-coil), the sound was crisp with a really tasteful balance of beefy lows and sweetened highs. The midrange was full of life and really highlighted the guitar’s natural tone.

Overall, the Paradigm strings really exceeded my expectations. Typically I don’t really notice any sets of new strings sounding different right out of the gate, but these strings seem to have something special. The logical next step is to see just how long these strings will last! 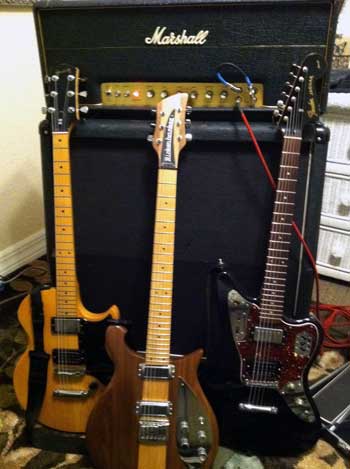 This January at Winter NAMM, Ernie Ball unveiled their new Paradigm strings and my interests were immediately piqued. Cut to a few months later and a box of these hot new strings arrived at zZounds HQ. I grabbed a pack of skinny top/heavy bottom (10 – 52) and took them home to try them out. After I ripped through their slick packaging, I threw the set on my Rickenbacker Dakota and tuned it down to Drop C. The first thing I noticed was that right after being strung up and stretched out a little, these strings quickly felt “worn in.”

A lot of strings take a few hours/shows to settle in and sound like how you want them, but these were ready to go right out of the packaging. Rolling through some riffs, the strings felt smooth but not too slick. I’ve played other strings where the coating has my fingers slipping and sliding all around the neck, but these are right in the middle and perfect. As far as their strength, there is more than enough evidence out there that thing strings are tough, so I didn’t feel the need to try and rip them in half like John Petrucci or Paul Gilbert have, and honestly, I don’t break strings that often any way.

The final virtue of the Paradigm strings is their longevity. I don’t mean to brag, but my hands don’t get too sweaty and grimy, so I don’t have a whole lot of durability problems like other people I know do, but after a week and a half of regular bedroom playing, these strings feel just as good as they did when I first put them on.

I gave the new Ernie Ball Paradigm strings in 10-46 gauge a try and placed them on my custom G&L Legacy Strat. Initially I was pleased to find that they do not have that slick, hard-to-describe feel of coated strings. Off to a good start! Hearing of the substantial 35% increase in tensile strength these strings provide, I did a couple (tasteless) whammy dives in both directions and the strings handled it all without issue. As far as the tone of the strings went, it seemed like they responded just like a classic set of Slinkys would: nice snappy attack with good brightness. They helped to liven up the tone of my G&L Legacy guitar which can sound a little dark sometimes. 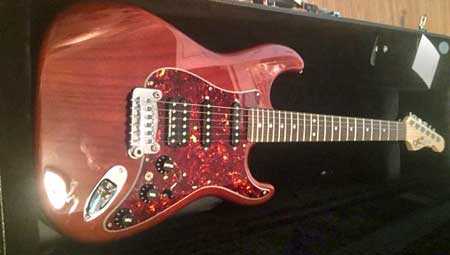 While I didn’t try to hang off a balcony anchored by these guitar strings, they did seem to live up to their claims of increased durability. I’m looking forward to seeing how these strings age as I play them, as they are treated with a new plasma process that removes contaminants and ensures the wire is more stable, therefore allowing the string to last longer under typical corrosive conditions like your hand sweat and oils. Overall I was impressed with the strings!