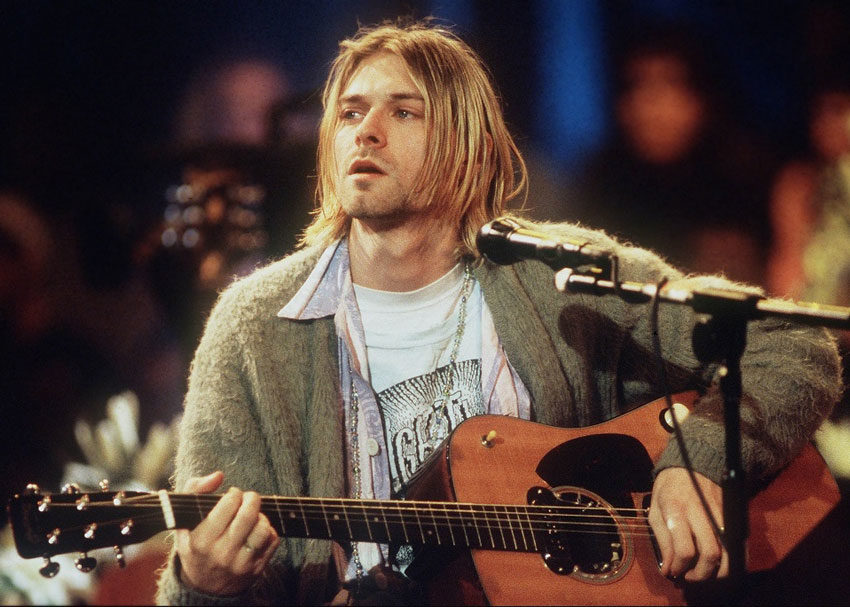 A guitar familiar to anyone who has seen Nirvana’s famous 1993 MTV Unplugged session is in the middle of a nasty ownership battle, and its fate could be determined in court.

A 1959 Martin D-18E which once belonged to Kurt Cobain is currently in the possession of Isaiah Silva, the estranged husband of Cobain’s daughter, Frances Bean. Silva claims Bean gave him the guitar as a wedding present after the two were married in 2014, but Bean denies she ever gave him the guitar. Bean’s mother, Courtney Love, is also working to get the guitar back, calling it “a treasured family heirloom.” Efforts to negotiate who keeps the guitar have ended in a stalemate, and Bean’s side is claiming a court battle is the only way to settle the dispute, the latest in a messy divorce.

The guitar in question is Kurt Cobain’s 1959 Martin D-18E. Purchased a short time before the Unplugged session, the guitar features a few key mods made by Cobain, including a Bartolini 3AV pickup in the soundhole to complement the stock DeArmond pickups, and a bridge flipped for a left-handed orientation. Having only been produced by Martin for one year, vintage D-18Es are collector’s items, but of course, this particular D-18E is in a class of its own. Cobain’s model was previously insured for $1 million, though according to the New York Post, experts would appraise it at several times that amount today.

This isn’t the first time one of Cobain’s guitars has ended up in the hands of another musician. After his death in 1994, Cobain’s Fender Jag-Stang prototype (a guitar he designed) was given by Love to REM guitarist Peter Buck. It can be seen in the video for “What’s the Frequency Kenneth?” and Buck played it in concert during “Let Me In,” a song written in tribute to Cobain.

Whatever the outcome of this dispute, we hope the guitar is respected for the piece of history it is.

The Gear of 2016Did Gibson Just Unveil a New Guitar at CES?
Comments: 10