The Record Player’s Guide to the Turntable 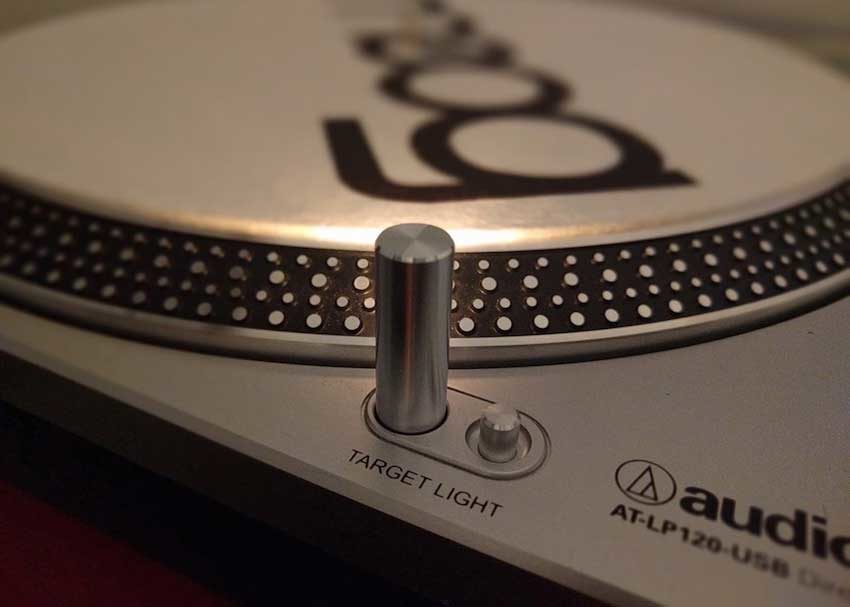 What’s more surprising than the revival of the vinyl record market? The revival in people not knowing what a record player or turntable is, what the things on it do, or how they work — or that record players and turntables are, in fact, the same thing!

If you fit this description, don’t fret: we feel you. It’s easy to get bogged down in the details or unwanted tech-speak. Let’s avoid all that nonsense and get down to the essentials.

A turntable provides a surface on which you place a record with grooves that will be picked up by a needle, converted to a voltage by a cartridge and sent to an audio output that then in turn gets amplified through a speaker or another amplifying device (typically called a phono preamp) which then lets you hear the audio that was pressed on that record.

Records themselves come in a few sizes: 7-, 10- and 12-inch formats. Records also are “meant” to be played at specific speeds: 33, 45 or 78 revolutions per minute. The suggested RPM for a record usually coincides with a musical format it were made for: a single, EP (extended-play), or LP (long-play).

You don’t have to be an engineer or a graduate of your local technical trade school to appreciate what makes a turntable what it is. Your first turntable might not have the exact same quality components as Mr. Audiophile’s high-end Thorens deck, but rest assured: your turntable has nearly all the same components. So, what makes up a turntable? 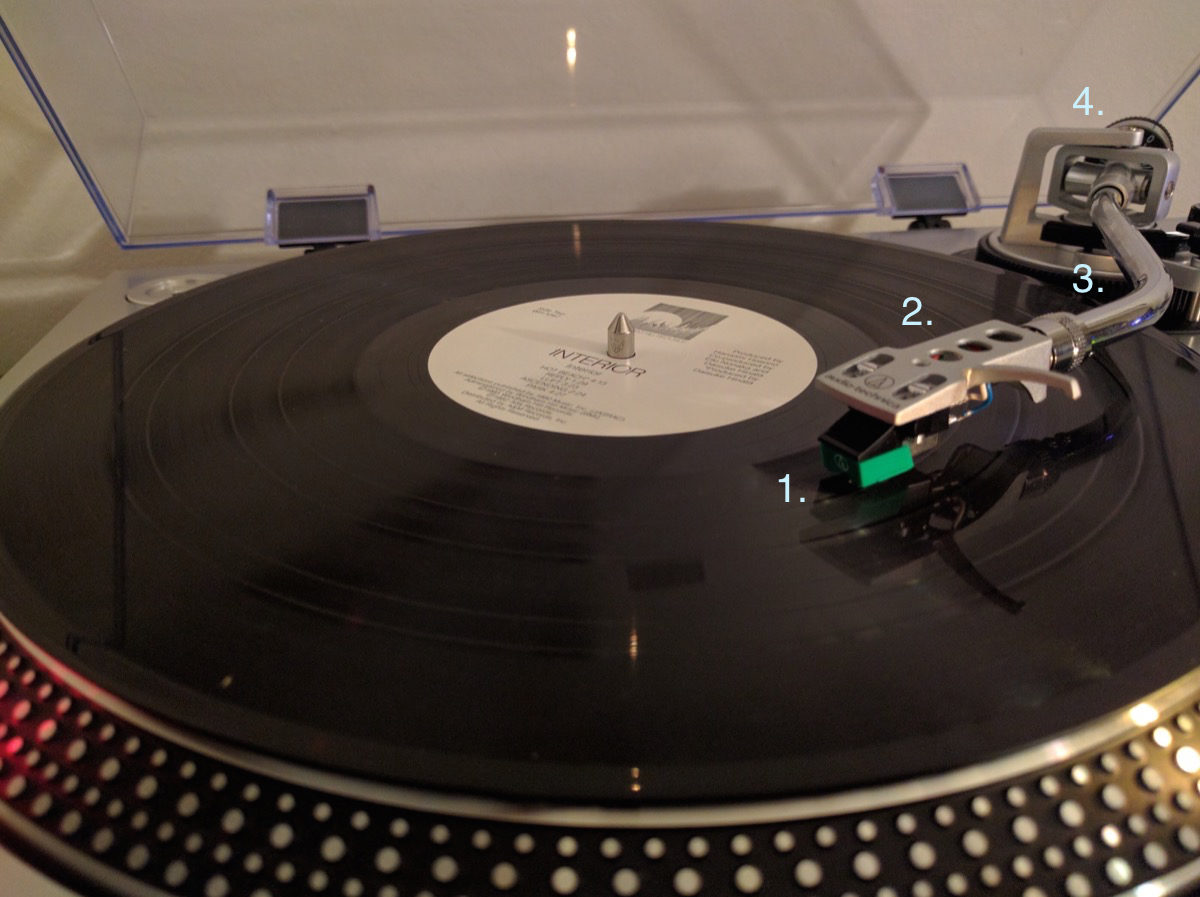 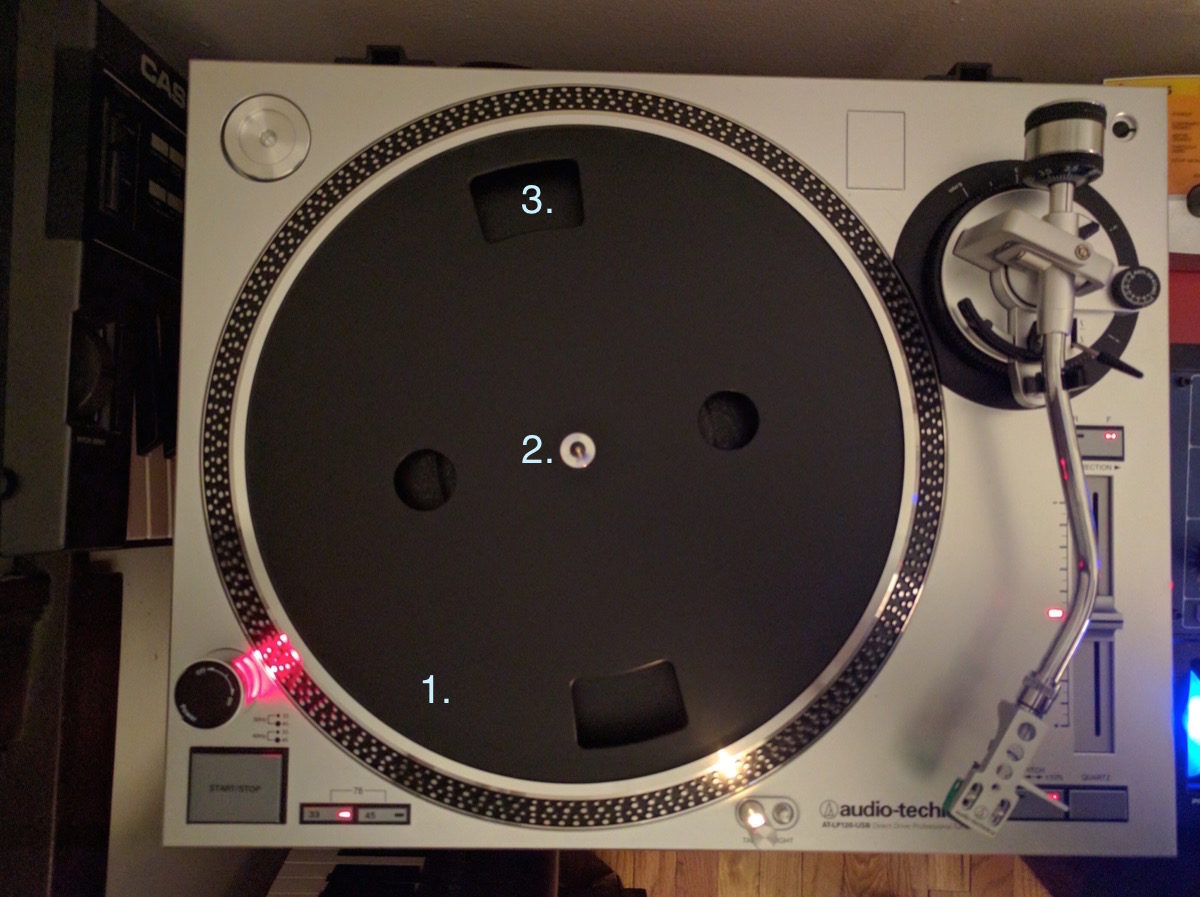 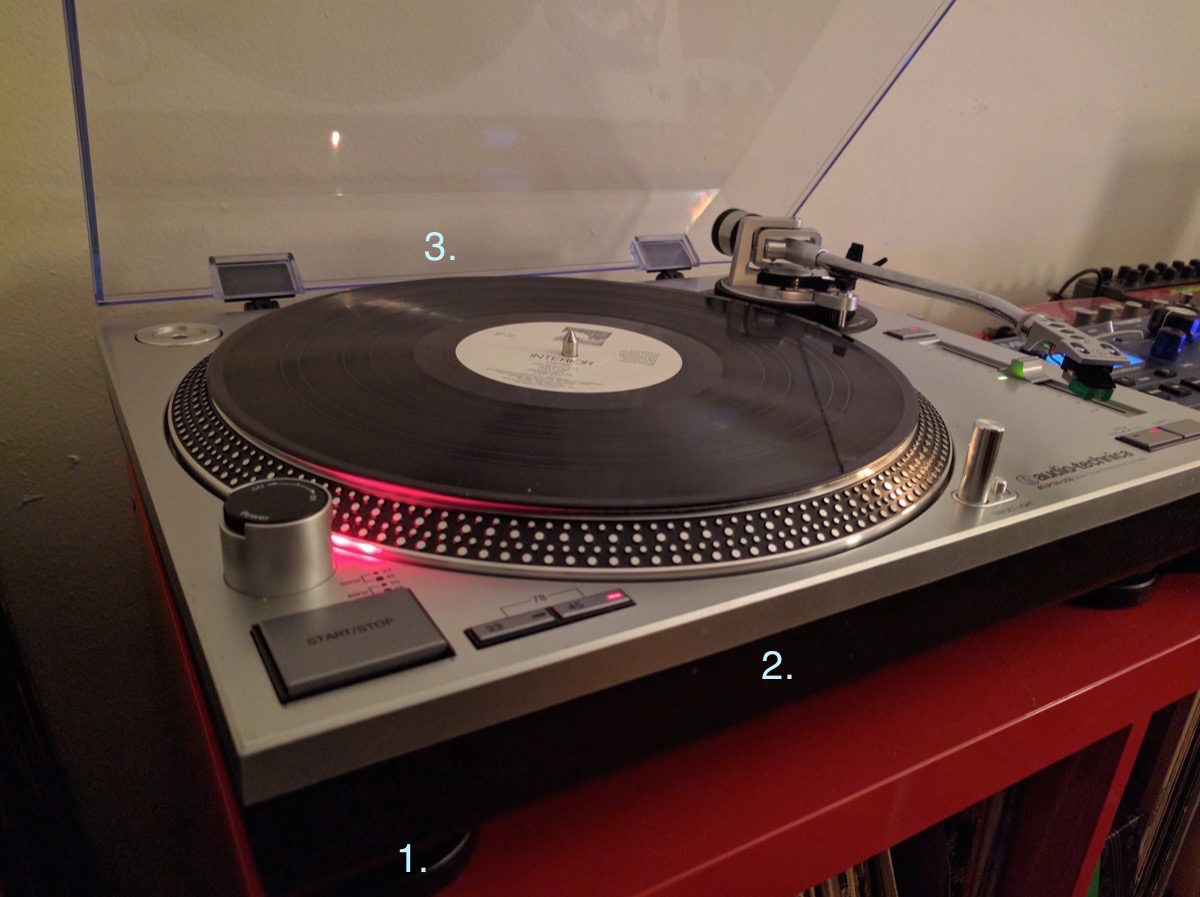 Turntable Terminology You Should Know (But Would Rather Google)

Again, this is the section many, rightfully, should skip over. It’s everyone’s least favorite topic: specifications! 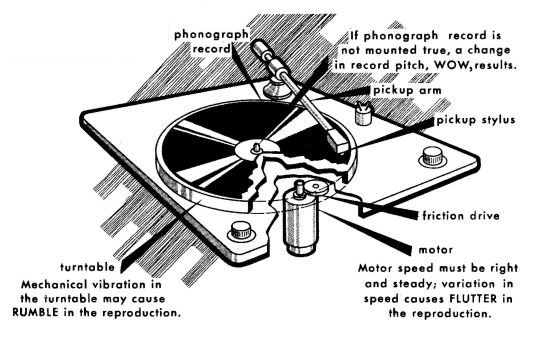 Manual turntables consist of the vast majority of standalone turntables out there. These turntables require you to manually press play and move the tone arm to the record. If ever you’ve ran to turn off the repetitive whooshing sound coming out of your speaker, it’s most likely that you forgot to return your tone arm to its holder when the album finished, and that you’re the proud owner of a manual turntable. Automatic turntables automatically do the work of moving and lowering/raising the tone arm to your record. They also return back to their holder when the record side is over. Some (linear-tracking turntables to be precise) can actually seek back and forth like modern CD players/audio files. Sadly, those were lost in the great Betamax war of the past. Most audiophiles, though, swear by manual turntables because there is one less component to fret introducing noise/vibrations to the record. Most normal people accept the trade-off of automatic turntables because it frees them to do other things like wash dishes or take a nap.

If everything was as straightforward as this phrase is, we’d be in a better place. Signal-to-noise ratio, or S/N for short, is the measurement of how much background noise (in decibels) you’d expect to hear introduced onto the musical signal. If you excelled at basic arithmetic, you’d know that the number you want to see higher in the equation is the signal part. Do the math, and buy a turntable with a favorable dividend (another cool math term!)

Obviously, this specifies how much wow and flutter a turntable has. Before you run and start thinking there are wondrous butterflies in your turntable, step back and come to the cold, hard realization that this means something else. Wow and flutter is the measurement of frequency fluctuations, up and down. In the olden days, before flutter existed, wow was the name given to how much pitch variation could arise when a record wasn’t pressed completely flat and on-center. The more warped the disc, the higher the pitch variation.

Somewhere down the line, in our younger, hipper days, wow was used for exclaiming things that were cool, so engineers had to introduce another phrase for clarity. This phrase: flutter (used by our friends the birds) was repurposed: to denote media that had a higher rate of wow. So, sticking them two together gave you an idea of how much low and high pitch variation you could find on a turntable during playback. I know, why not just call this measurement warble or wobble? Thank filmmakers for that. They use wobble and jitter to denote how improperly balanced an image is, which in turn they sometimes define as flagwaving, which is their ridiculous name for the visual version of wow and flutter.

We all love cars, right? Torque sounds cool, like wow-minus-flutter cool. It’s a cool measurement as well. Basically, it means how much energy/power the motor uses to rev up an engine from standstill. Generally, if you have a sweet muscle car, you want as much torque as possible. You have the “need for speed,” like noted philosopher Vin Diesel says. The more torque, the faster your car can go forward, cross the finish line, get the girl/guy, then do some sick donuts. This kind of torque isn’t different for turntables. The better the torque measurement, the faster your record gets up to speed, and starts to play the track (with less noticeable audible speed up) when you drop the needle. So, rather than hear what sounds like Bob Dylan swallowing a marble and yawning, you hear Dylan instantly singing “Lay Lady Lay.”

Everyone’s favorite. This is the control that unruly kids, curious cats, and nosey partners love to play with. Pitch controls on turntables allow you to adjust in increments the speed a turntable can change from a set RPM. Full chipmunk voice? Easy: set the fader or button up to the plus region, and make the record spin faster than normal. Fan of the California Raisins? Well, you can set that control all the way down in the negative region and watch the record slowly turn to a crawl. There are ways to make this control sound musical, but we tend to leave that to the “professionals.”